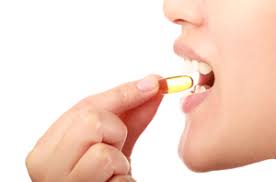 Dozens of type 2 diabetics in Orange County, Calif. are testing what promises to be the first oral insulin product to market as part of a major clinical trial taking place at Tustin, Calif-based Integrium Clinical Research.

The trial, launched by Oramed Pharmaceuticals Inc. (NASDAQ/TASE: ORMP) — a clinical-stage pharmaceutical company focused on the development of oral drug delivery systems — is part of a nationwide study and the company’s largest and most advanced clinical trial under the U.S. Food and Drug Administration (FDA) to date, with the potential of making insulin injections a thing of the past for many type 2 diabetics.

“Oral insulin is the Holy Grail of diabetes care that has eluded researchers for decades, but it is now taking a major step towards becoming reality,” said Dr. Joel Neutel, Director of Research and Principal Integrium Clinical Research, who is spearheading the Orange County trial. “Considered a game-changer for the more than 30 million American adults living with diabetes, oral insulin may provide a more convenient, effective and safer method for delivering insulin therapy.”

According to Oramed CEO Nadav Kidron: “Our oral insulin is solving the drawbacks inherent in injectable insulin, delivering it in a way that a needle could never replicate. Not only does oral insulin offer a more convenient alternative to needles, a therapy many patients are reluctant to begin, but it may also provide a more efficient and safer platform for delivering insulin by mimicking the body’s natural process of insulin going directly to the liver rather than via the bloodstream.”

The Orange County trial participants will take the oral pill for 90-days, with different groups following different dosing regimens at varying times throughout the day. The study is designed to show the product’s effectiveness at lowering glycated hemoglobin, a determinant of average blood sugar levels over three months and is considered the gold standard by the FDA when evaluating the drug’s efficacy.

As Kidron explained, early insulin therapy is ideal in order to decrease the burden on a diabetic’s pancreas, potentially allowing it to continue producing insulin for longer. However, doctors are often cautious when prescribing insulin by injection because it is a complex process that relies on patient compliance. Not only is there a danger of injecting too much insulin, but because the insulin is introduced directly into the bloodstream, only a fraction reaches the liver, often causing excess sugar to be stored in fat and muscle which can result in weight gain. For this reason, injectable insulin is often viewed as a last resort.

With Oramed’s proprietary platform, the active insulin is protected as it travels through the stomach and into the intestine, and its absorption is increased along the intestinal wall. The result is better glucose control, reduced hyper and hypoglycemia, and potentially less weight gain. In addition, oral insulin is easier for diabetics to incorporate into their daily routine because they simply take a pill, removing the need for injections and continual glucose measurements.

“Right now, we know there are diabetics who would benefit from early insulin therapy who are simply not getting it due to the fact that, today, it is only available as an injection,” said Kidron. “By providing insulin in an effective pill form, we’re removing the barriers from both the physician and patient perspectives.”

An earlier trial for Oramed’s oral insulin – conducted over 28 days – demonstrated strong promise for the technology, showing it to be a safe oral insulin delivery method with no serious adverse events related to the treatment. It also demonstrated a significant ability to lower glucose levels, including the glycated hemoglobin gold standard. The current trial – the first to be conducted over 90 days – is hoped to show an even greater impact.

“This is our most important study to date,” Kidron said. “In less than a year from now we will better know the potential of our drug to control and maintain blood glucose levels and should have further proof of the longer-term benefits of taking an oral pill versus an injection.”

Dr. Neutel called the clinical trial an important step forward in diabetes management. “We strongly believe that oral insulin will lead to better compliance and ultimately, healthier patients,” he said.

Data from the current U.S.-based clinical trial should be available early next year and should set the stage for final FDA studies needed prior to approval.

Oramed Pharmaceuticals is a technology pioneer in the field of oral delivery solutions for drugs currently delivered via injection. Established in 2006, Oramed’s Protein Oral Delivery (PODTM) technology is based on more than 30 years of research by top scientists at Jerusalem’s Hadassah Medical Center. Oramed is seeking to revolutionize the treatment of diabetes through its proprietary flagship product, an orally ingestible insulin capsule (ORMD-0801). The company completed multiple Phase II clinical trials under an Investigational New Drug application with the U.S. Food and Drug Administration. In addition, Oramed is developing an oral GLP-1 analog capsule (ORMD-0901).

Integrium is a full-service clinical proof of concept (PoC) firm focused within the therapeutic areas of cardiovascular, metabolic, renal, inflammatory, dermatology, wound healing, regenerative and orphan disease. Founded in 1998 by clinical research thought leaders who wanted to build a Contract Research Organization (CRO) based on therapeutic focus and excellence, Integrium today has offices in North America and formal alliances with partner CROs regionally and in Europe, Australia, and India.