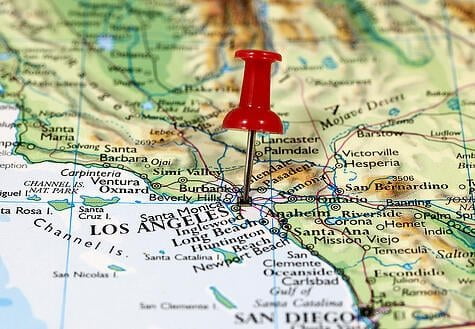 American consumers are all too familiar with the impacts of supply chain issues on daily life, from delayed furniture shipments, increased prices in stores, out of stock items at retail stores, and delayed holiday gifts.

But while the holiday shopping season is over, Americans should not assume that the supply chain challenges that contributed to empty shelves and shortages of goods are a thing of the past.

Indeed, 2022 is shaping up to be another challenging year for supply chains. China’s “zero COVID” policy could see prolonged closures of factories responsible for producing many consumer goods. The trucking industry’s shortage of 80,000 drivers is making timely deliveries difficult; semiconductors remain in short supply; and more U.S. ports are confronting backlogs of ships.

This leaves businesses struggling. A recent MetLife and U.S. Chamber Small Business Index survey found one in four small business owners cite supply chain issues as their biggest problem, and 61 percent report altering their supply chain in the last six months in response to these disruptions.

U.S. businesses are adjusting and making improvements, but unforced errors in the months ahead will be disastrous for our economy.

Case in point: the current labor contract negotiations between the West Coast port terminals and the International Longshore and Warehouse Union (ILWU) could potentially be a real disaster if the two sides fail to reach a deal before the current contract expires on July 1.

You may be asking yourself, why would these negotiations impact supply chains and consumers? Well, the West Coast ports are vital economic gateways to our country. Over 44% of America’s container traffic move through these ports. To the American public, they are now best known by images of long lines of container ships waiting to enter the ports of Los Angeles and Long Beach. The ILWU’s members are the women and men tasked with unloading and loading these vessels. Like so many other front-line workers, over the past two years they have navigated COVID and massive supply chain disruptions in order to move all those containers coming in from Asia and loading containers with American-made goods and agricultural products for export.

While the congestion at our ports is better today than a few months ago, it remains well above normal levels and consumer spending remains high. Indeed, many economists see container traffic volumes continuing to grow 2-5% annually – meaning higher traffic volumes are the new “normal.” Any interruption or slowing of service at our ports, for example from stalled contract negotiations, will threaten our economic recovery in the form of higher transportation costs, delivery delays, and shortages of goods. The work of the members of the ILWU remains more important than ever.

But we also need to pursue efforts to modernize our ports. You may be surprised to hear it, but U.S. ports are considered some of the slowest and least productive in the world. The World Bank recently ranked the 351 largest ports in the world and put the ports of Los Angeles and Long Beach – arguably the United States’ two most important ports – at #328 and #333 respectively. The U.S.’s best ranked port? Philadelphia – at #83. The top 50 ports in the world are in Asia, the Middle East, and North Africa.

A key reason for this disparity is that U.S. ports have been slow to integrate automation and other technologies that improve efficiency and productivity. Increasing productivity is essential if we want to keep pace with the growing volumes of containers moving through our ports. But getting there means embracing automation and other technologies – and training ILWU members on this equipment.

Some fear automation will lead to job losses, but the reality is this is not an either/or decision – we can move forward with both. Many of our ports are at capacity – and there is no place to build a new terminal or expand their footprint – so we must figure out how to make what we have work better. Indeed, automation appears to be helping create new jobs – since 2002, the ports of Los Angeles and Long Beach have pursued some modernizing efforts and during that time the registered ILWU workforce at the two ports grew by 74%.

The Biden administration has made modernizing our nation’s infrastructure a top priority, and for good reason. Our ports must be part of that discussion, and the ILWU and West Coast port terminals can work together to get it done. To do otherwise would be a terrible unforced error.

John Drake is vice president for transportation, infrastructure, supply chain policy at the U.S. Chamber of Commerce, the world’s largest business advocacy organization. In his role, Drake is responsible for representing the business community on transportation, infrastructure, and supply chain issues before Congress, the administration, the media, the business community, and other stakeholders. Drake is also a member of the Commercial Customs Operations Advisory Committee, which advises the U.S. Customs and Border Protection on improvements to U.S. trade.

Amid a pandemic-era global supply chain crisis, IPS Logistix is providing clients with a growing international network of solutions.

Amid a pandemic-era global supply chain crisis, IPS Logistix is providing clients with a growing international network of solutions.

How Has Supply Chain Woes During COVID-19 Affected Dropshippers?