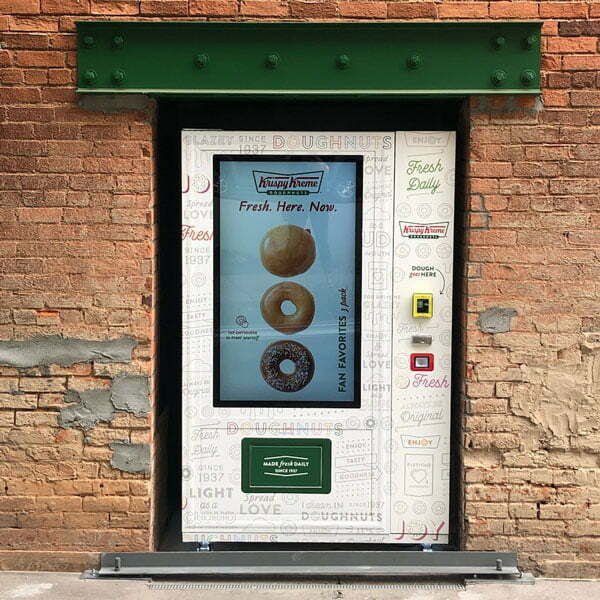 Save yourself the old-time coin jingle and spare your sneakers the swift kick to make that bag of chips descend.

These aren’t your dad’s vending machines.

Akin to the user-driven automatization seen across all corners of 2020’s technical society, the vending machine is no exception. And Digital Media Vending International (DMVI) is at the forefront of the movement.

Founded in 2009 and fueled by the successful sale of a previous vending company, Santa Rosa-based DMVI (digitalmediavending.com) vended an original course considered humble by its current standards.

“When we started the company, we had a narrow goal to re-invent wall-mounted vending machines. Traditionally, most thought of these as a machine where you pump in some quarters or the change or in your pocket. And most of these don’t exist anymore because you really can’t buy anything for a quarter anymore.” — London-born David Ashforth, co-founder of DMVI.

With his previous company, Ashforth learned fast the aesthetics lessons of vending in which digital advertising screens on a machine were big attention-getters (“and these were just semi-smart machines,” he says). With such knowledge, DMVI started its domestic work with digital screen machines in Austin, Texas.

“People started calling us and asking how they could put their own products inside a vending machine,” Ashforth says.  “The most common request was, ‘How can you make that same machine, but create it for my company?'”

Such queries set further aloft dual DMVI sails, pairing enhanced customization with advanced automatization. With Screen Society presenting more customer and consumer control across myriad facets of business and lifestyles, the concept of the rusty, frustrating vending machine was catching up to the times. 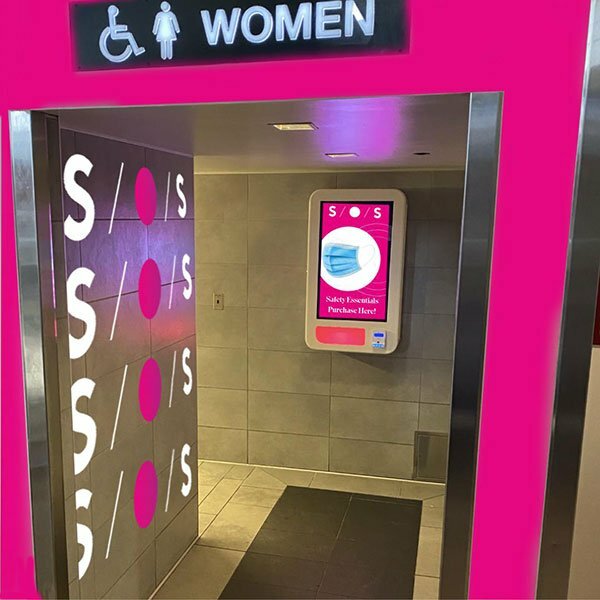 With touchscreen interfaces and video elements, modern vending isn’t just “part of the furniture” anymore.  Rather, the digital aesthetics and interactive opportunities play into the eye-turning, participatory screen culture, a quality further viewed via DMVI’s work with interactive kiosks.

Long a staple of point-of-sale in Asia, the modern, smart and shiny vending machine is now fast finding its way in the West. “The screens really captures people’s attention,” Ashforth adds.  “Even if you weren’t thinking of buying a cupcake – or whatever the product is – when you’re walking, say, through an airport, you’re probably going to stop and have a look to see what’s on the screen.”

Businesses are now looking at all manner of new vending opportunities, whether the sales comes via a discreet, wall-mounting machine or sleek-looking large format machines.

“It’s about capturing the imagination of the brand and consumer,” Ashforth says. “One of the unique elements of our machines is that it allows brands to expand their network and their reach without having to spend a half million dollars on a brick-and-mortar store.”

Brands have continually embraced such a mindset with DMVI having created vending machines for the likes of Heineken, Estee Lauder and Fuji Film.

“One of the things to think about when creating a vending machine is that it’s not only user-friendly, it’s operator-friendly,” Ashforth says. “Brands and companies have to be reactive to different seasons or new promotions or cultural shifts.  With our machines, a new interactive experience can be continually created. With the ways we use technology in our lives, people now have that expectation for brands.”

The tenets of timeliness and flexibility have also seen DMVI work with product and events launches, creating, for example, a time-centric machine for a Rockstar energy and Microsoft Xbox dual product promotion. In 2017, DMVI earned knockout coverage for its “Punch & Crunch” custom machine, created for sports nutrition company BSN to help promote the bout between Conor McGregor and Floyd Mayweather (to have the energy bar vended, customers needed to punch a receptor space on the machine).

Of even greater punch is DMVI’s readiness for a force far more impactful than any pugilist: Amid the global wave of the novel coronavirus pandemic, the company answered the COVID-19 call with its line of Personal Protective Equipment (PPE) machines.

“We were fortunate that a company asked us to make a machine for travel-sized hand sanitizer several years’ back,” Ashforth says.  “So, back in February, we breathed new life into this wall-mounted machine and enabled it to sell additional products such as gloves, face masks and wipes. Come May of this year, we received more phone calls than we had the previous six months – and we were quite busy those previous six months.”

The touchless vending machines (save for a card swipe, though they can also be operated via a phone app) are a mere 8-inches in depth and provide a sense of client and customer care via both modernity and specificity. “There’s a lot of traction for these machines, yet what makes ours different is that we designed it specifically for PPE with the added mind-set that these machines needed to be able to fit in small spaces.”

In the days of virus, with customers seeking salve and businesses aiming to present calm, the age of dirty coins and dusty dollars has graduated into a new era of vending.

“If you were to walk into a restaurant or office – do you really want to see a great big, dirty old snack vending machine that’s been repurposed or revamped to sell PPE? That’s not an image that businesses want to portray,” Ashforth says. “The businesses want to let customers know they’ve invested thought and care into the vending machine and that’s it there specifically for these products.” 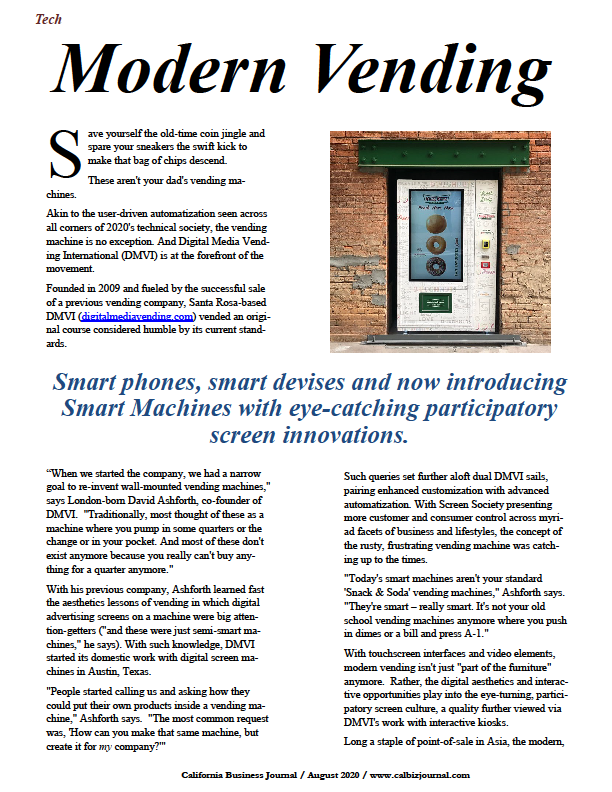 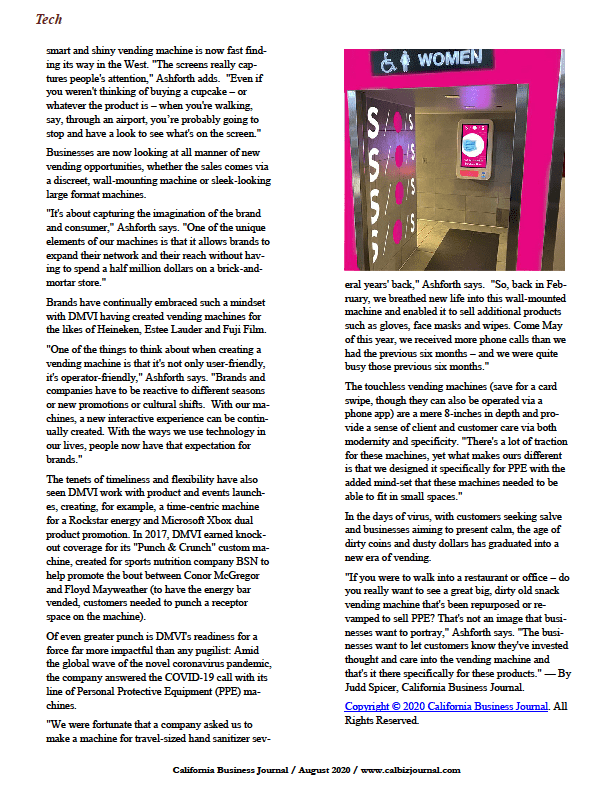