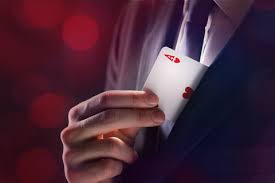 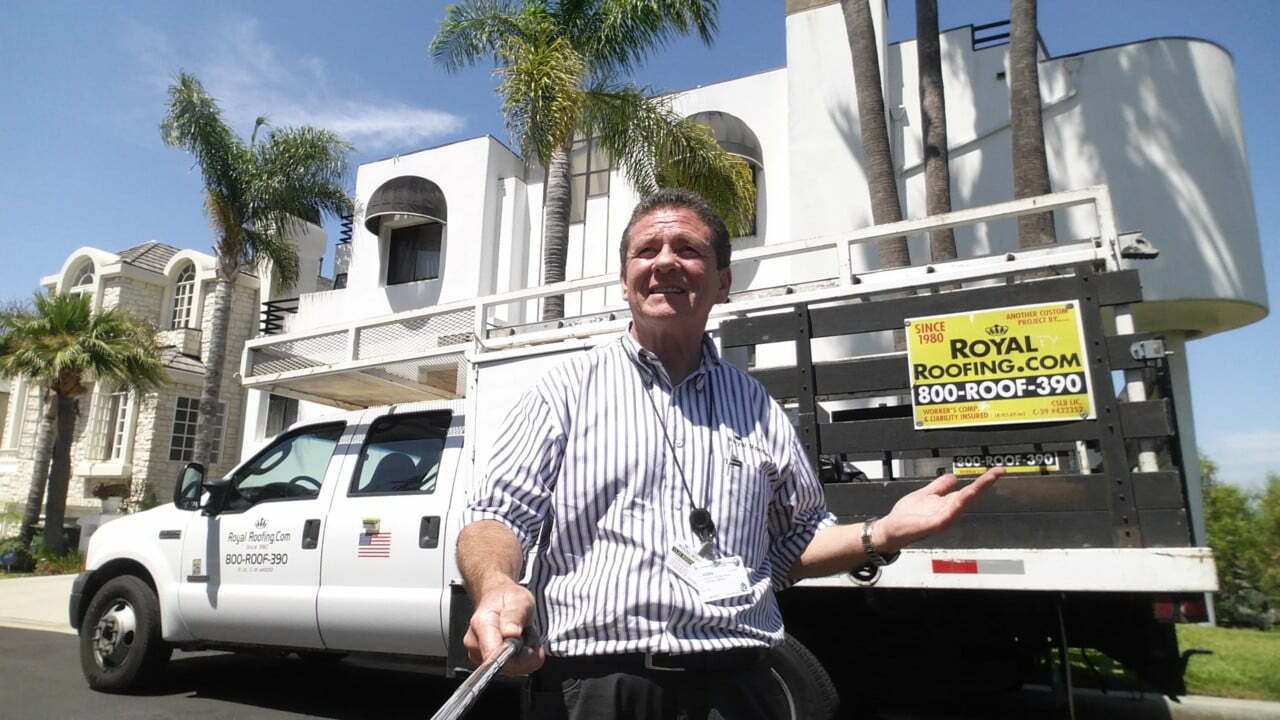 Without magic, who knows where Steve Pinkus would be today.

We can safely assume he likely would not be at the helm of a progressive multi-million Southern California roofing company.

Pinkus, the President of Royal Roofing Company, was an introvert as a child who gave new meaning to the word shy. Then, in high school in Fountain Valley, Calif., he joined a newly-formed magic club and voilà – his life was changed forever. Magic helped him break out of his shyness and transform himself into a confident, well-spoken, dynamic individual.

Pinkus’ life took the wildest turn in 1980, when he was just 20 years old and performing magic shows around Southern California for parties and events. He was at the Hollywood Magic Castle in Hollywood, Calif. when he selected a young woman from the audience to assist him with a trick.

The young woman was so impressed with Pinkus that she invited him to perform at a family event … on a $10 million,120-foot yacht called the Lovely Lady (Luke and Laura’s wedding yacht on General Hospital).

“When I drove up, there were Ferraris and Rolls Royces everywhere,” Pinkus says. “I was never exposed to such wealth before.”

Not even close. Talk about blue collar: while Pinkus was in college, he worked two jobs – one at $4.86 an hour, the other doing magic shows on the side on weekends and evenings.

Amazingly, while performing that night on the yacht for the girl’s multi-millionaire family, Pinkus literally stole the show with his magic, onstage presence and general personality.

“Afterwards, one of the girl’s relatives came over to me and said, ‘You have a great personality and you should be in sales,’” Pinkus recalls.

“Sales? Me? What are you talking about?” he told the gentleman, who quickly responded, “Sales is one of highest paying professions in the world. You can make doctor and lawyer money – a six-figure income.”

The family giving the party that night owned 11 multi-million dollar roofing companies and they gave Pinkus a shot to learn about sales. He’s never left the industry since, rising from a sales associate to President of the gold-plated company.

And he never had to do magic — as a side job again.

As a 20 year old, he was so successful in sales that he was already making a six-figure salary so he even put college on the back burner.

These days, Pinkus runs the 30-year Royal Roofing company (and responds to 150+ daily texts, 100+ cell calls and 200+ emails daily) and now he only breaks out his magic tricks at parties.

He also watches his son Daniel take the title as the “best magic man in the house,” Pinkus says with a laugh.

It certainly didn’t take the same kind of magic to pull off becoming president of a million-dollar company. Pinkus accomplished that through plain lunch-pail carrying hard work, impeccable world-class customer service and follow up – and a dynamic personality molded by performing magic in front of audiences.

Behind Pinkus’ relentless work ethic, his firm has ranked among the best in the state for decades. He handles some of the most delicate – and biggest – projects, including Modern Props, a 100,000 square foot building that stores rare and historic TV and movie studio props valued in the millions of dollars. His work was so impeccable that Pinkus wound up working on Modern Props owner’s 4,000 square foot home in Pacific Palisades.

Pinkus is also known around Southern California as the go-to guy for historic homes, like Mary Ann Skorpanich’s in Old Town Orange.

“Steve is top of the line,” says Tim Roselli, the facility manager at Modern Props. “We’ve been using him for 15 years. I’m a demanding person and I wouldn’t use anyone but Steve. He’s great at what he does – and he has a terrific crew that is very loyal to him. That in itself speaks volumes about him. What I love about Steve and his crew is that they pay attention to detail and they use first rate products — no second-hand stuff from China. He knows his game. That’s why I’ve used him – and only him – for 15 years. He does things right.”

Rosetti is serious about his approach before he hires a company to work at his facility. He vets them out thoroughly. “I look for any kind of dirt I can find,” he says. He then interviews multiple companies and “feels them out,” he says. “From the moment I met Steve, I knew he was the man for us. I can’t imagine using anyone else. Frankly, I wouldn’t.” 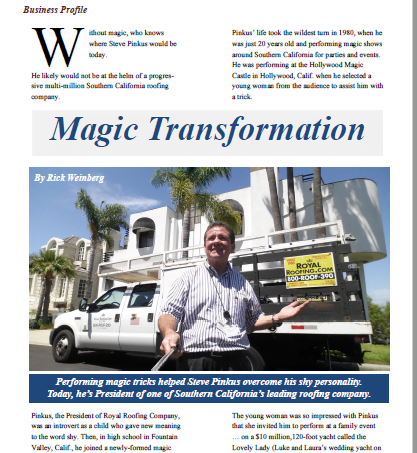