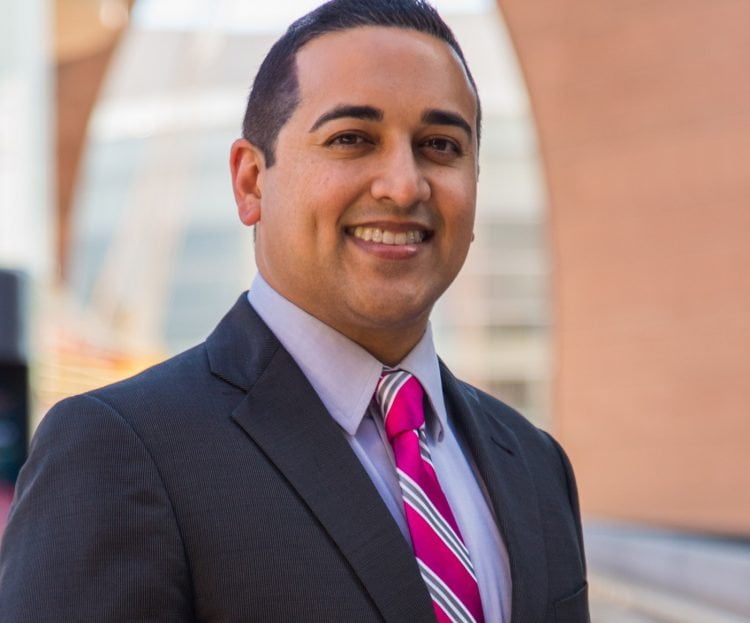 AT THE AGE OF 10, SANDEEP SHAH WAS FORCED TO DEAL WITH THE TRAGIC DEATH OF HIS FATHER. Luckily for his mother, brother, sister and himself, the family finances were secure, thanks to a family estate plan and trust that his father had wisely prepared.

Several years later, unbeknownst to Shah, a teenager at the time, “several opportunistic and so-called friends” of his mother took advantage of her trustworthiness and naiveté and essentially cheated the family out of what their father had left them.

“That’s why I do what I do,” says Shah, co-founder of the leading law firm, Shah Sheth LLP, in Costa Mesa, Calif. “When that happened to my mother and family, I vowed to do everything I could to prevent it from happening to anyone else. I wanted to protect people from by being taken advantage of by unscrupulous individuals.”

Today, Shah has emerged as one of the county’s leading attorneys in several areas of law in Employment and Personal Injury Law.

After receiving an Economics and Psychology degree at the University of California, Irvine, Shah went to the University of the Pacific’s McGeorge School of Law, finishing 21st in his class of 216. He was immediately hired at one of the country’s leading firms, Littler Mendelson, specializing in Employment Law.

He emerged as such a respected expert in the area that one of the country’s top firms, Buchhalter and Nemer, in Irvine, Calif. offered him the opportunity to start a new Employment Law division at the firm’s Orange County office.

Business grew to the point where Shah was ready to launch his own firm. He did so with his cousin, Samir I. Sheth. Together, they form a dynamic 1-2 punch and have turned the firm into one of the most admired in Southern California.

When asked why he embraced this particular area of law, he says, “There are a lot of different nuances of the law and codes that most employers and employees don’t know.

“I believe that knowing your rights is the strongest tool both employers and employees can have to protect themselves,” he says.

For instance, are employees getting paid properly? Are they getting overtime and proper breaks? Is the employer implementing and following all of California’s labor laws? Does the employer have all the legally-required forms and handbooks?

“A lot of people don’t know these details of the law that could come back and cost them thousands of dollars. I take a lot of pride in knowing all those details and laws.”

Shah’s practice has significantly increased during the last few years, ironically because of a bizarre, once-in-a-lifetime scenario – something you’d only see in a Hollywood film.

Twenty years ago, when Shah was a Resident Assistant (RA) at his UCI dorm, one of the rooms was partying a little too heavily one evening, forcing Shah to interrupt – with a warning: “Don’t make me come back.”

The warning didn’t work, so Shah busted up the party and confiscated multiple cases of beer. Shortly thereafter, the busted student went to Shah’s room, with five of his “friends” behind him, and threatened Shah.

Somehow, Shah quelled the situation and averted a black eye – or two.

Then, three years ago, one of Shah’s colleagues was unable to represent a client because of a conflict of interest. He asked Shah if he’d take it. The client turned out to be the same guy who threatened Shah in college.

It felt quite strange, but Shah went about his job professionally and helped the client, who was being sued for unpaid wages, settle a $65,000 claim down to only $16,000.

The client, who was the president of the Asian American Hotel Owners Association at the time, was so impressed with Shah’s grasp of Employment Law that he asked him to speak at various conferences.

“He dazzled the crowd with laws and codes that most of them had never even heard of,” the former classmate and current client says.

Soon, Shah started getting phone calls from a number of the business owners, saying, ‘”I think I need to fix a few things here at my company. Can you help?’”

Little by little, Shah’s client base rose to where the former classmate who wanted to beat up Shah was directly responsible for 15 new customers, accounting for thousands of dollars in revenue for the firm.

“We’re great friends now,” Shah says. “It just goes to show you that you never know what life has in store for you. And no matter what someone has said or done in the past they may need help now, and I will always do what I can to help protect someone.” 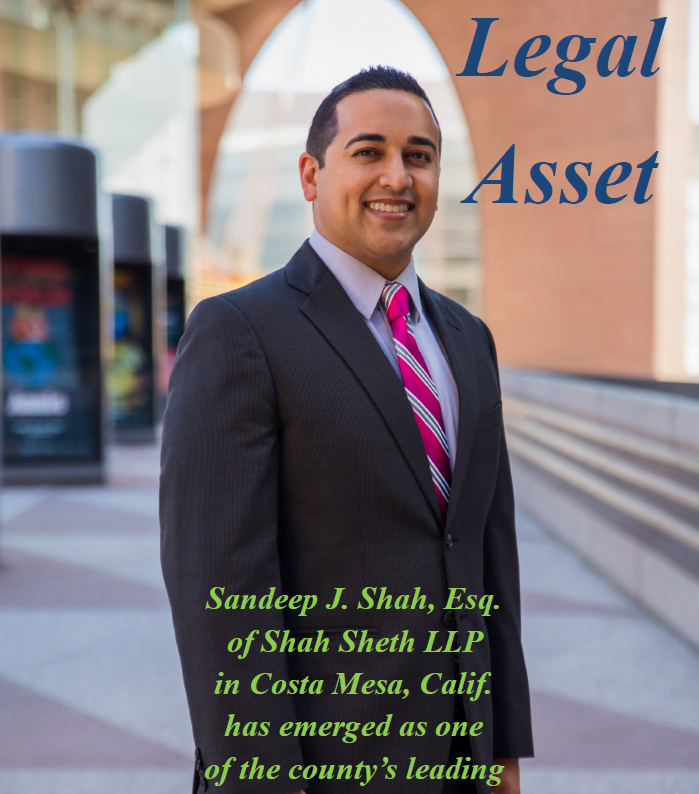