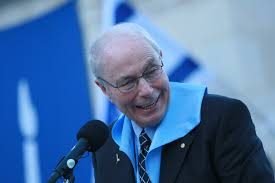 From the California Business Journal newswires.

American and Israeli cancer scientists and physicians will meet at City of Hope on Friday, Nov. 10, to share the latest developments in collaborative research projects as part of the inaugural Jacki and Bruce Barron Cancer Research Scholars’ Program Symposium.

The program, a partnership between City of Hope and the Israel Cancer Research Fund (ICRF), supports groundbreaking research between exceptional cancer researchers in the United States and Israel.

Rob Densen, president of the Israel Cancer Research Fund, added: “We believe we are in the midst of a watershed era for cancer cures and treatments and the partnership between City of Hope and ICRF scientists has the potential to yield breakthrough research while also exposing the outstanding work that is being conducted by Israel’s scientists at all the major institutions in Israel. This special collaboration enables Israeli researchers to be internationally competitive in a community of the most innovative and leading-edge cancer scientists.”

Highlighting the event will be a presentation by Avram Hershko, M.D., Ph.D., who received the Nobel Prize in Chemistry in 2004 along with Israel scientist Aaron Ciechanover, M.D., Ph.D., and late American scientist Irwin Rose, Ph.D. Hershko’s research enabled researchers to understand how cells destroy unwanted proteins, which otherwise accumulate in cancerous cells. Multiple myeloma, cervical cancer and cystic fibrosis are examples of diseases that can be treated with targeted therapies resulting from the Nobel Prize winning discovery.

At the City of Hope/ICRF symposium, which takes place in the Arnold and Mabel Beckman Center for Cancer Immunotherapeutics & Tumor Immunology’s Argyros Auditorium, Hershko will discuss “Involvement of the Ubiquitin System in Cancer” at 8:25 a.m.

The panelists are Dan Raz, M.D., assistant professor, Division of Thoracic Surgery at City of Hope, and Ravid Straussman, M.D., Ph.D., senior scientist with the Weizmann Institute of Science.

About City of Hope

City of Hope is an independent research and treatment center for cancer, diabetes and other life-threatening diseases. Designated as one of only 49 comprehensive cancer centers, the highest recognition bestowed by the National Cancer Institute, City of Hope is also a founding member of the National Comprehensive Cancer Network, with research and treatment protocols that advance care throughout the world. City of Hope is located in Duarte, California, just northeast of Los Angeles, with community clinics throughout Southern California. It is ranked as one of “America’s Best Hospitals” in cancer by U.S. News & World Report. Founded in 1913, City of Hope is a pioneer in the fields of bone marrow transplantation, diabetes and numerous breakthrough cancer drugs based on technology developed at the institution. For more information about City of Hope, follow us on Facebook, Twitter, YouTube or Instagram.

About Israel Cancer Research Fund
Israel Cancer Research Fund (ICRF), a 501(c)(3) organization, is the largest charitable organization outside of Israel solely devoted to supporting cancer research in Israel. Grants issued by ICRF have gone to hundreds of researchers at two dozen leading research institutions, universities, and hospitals across Israel. The efforts of Israeli cancer researchers have resulted in significant cancer breakthroughs and were in the development of breakthrough cancer drugs, including Doxil, Gleevec and Velcade.