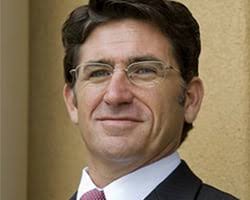 Over the last decade, investors have realized unprecedented returns as stocks have soared in one of the strongest bull markets on record. But Thomas Kee of La Jolla-based Stock Traders Daily  shares how investors can position themselves for success regardless of the market’s performance.

When the Dow Jones Industrial Average last reached a record high on Jan. 26, 2018, it had risen more than fourfold from the depths of the epic bear market that accompanied the Great Recession. Over the past nine years, investors have watched as their portfolios have embarked on a seemingly never-ending rise in value. But Thomas Kee, president and CEO of Stock Traders Daily, believes that the recent volatility in stocks is but the beginning of a major rout that will require a sea change in investment strategy to continue to stay ahead.

“In every respect, liquidity is the main driving force behind, not only the rally that we have seen over the past few years, but the volatility we are seeing today, and the declines that I believe are likely to follow,” he says.

Using the company’s proprietary Investment Rate Analysis, which examines established macroeconomic factors, most notably consumer demand for assets, which helps define the economic cycle, Kee believes that the American economy is presently in the third major decline in natural demand in the country’s history, which began in 2007 and is likely to continue through 2023. However, the aggressive stimulus measures pursued by the world’s central banks have artificially buoyed markets over the past decade, a condition that is winding down.

“For the last nine years, we have had stimulus coming in from central banks around the world, which has created fabricated demand,” Kee says. “This demand will be negative $70 billion in July, which will mean that we are in a deficit. The S&P 500’s fair value, from a natural PE ratio, is about 14 to 15 times earnings. Although it has come down a bit from its peak, it is currently about 23 to 24 times earnings, so it can fall a lot more than it has before natural levels are achieved.” 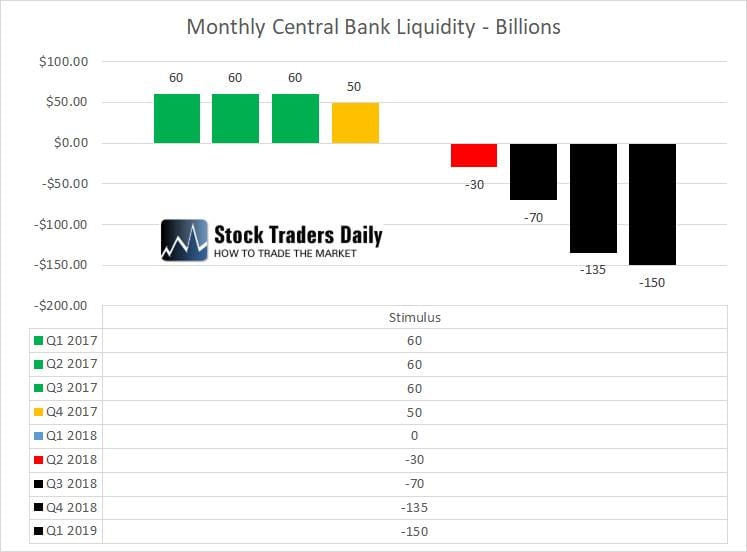 What Goes Up Must Come Down

The post-Great Recession economy has witnessed an unprecedented intervention by the world’s central banks, in which monetary policymakers have stepped in to buy assets, including corporate bonds, thus encouraging the value of investments to skyrocket.

Kee notes that this stimulus occurred in two waves – the necessary QE1 in the late 2000s, in which central bankers used quantitative easing to prevent a catastrophic crash in financial markets, and QE2, which began in 2012, in which policymakers bought up financial assets, creating a novel component to traditional demand. As the latter program winds down, Kee foresees a sharp contraction as markets get a dose of reality.

“When I calculate out a fair multiple, looking at all the stimulus, my numbers tell me the fair value of the market is where the market was when QE2 stimulus began in 2012,” he says. At the time, the Dow was trading around 13,000. “I believe the market, based on PE multiples alone, could decline by 40%.”

While such a drop would impact the broader economy, the macroeconomic impacts are complex. But unprepared investors would certainly be caught with the short end of the stick, as all asset categories benefiting from the recent stimulus – including stocks, bonds and real estate – endure a setback.

“The economy and asset prices are two different conversations. Lower asset prices can have a negative influence on the economy, but it doesn’t mean that the economy won’t grow,” Kee says. “The growth of the economy at some times in the past nine years has been very slow, but stocks have pressed higher because there has always been a buyer on the other side of the table.”

Getting Investors on a Stable Path

Kee, a former vice president for Morgan Stanley, founded Stock Traders Daily, a proactive investment strategy e-newsletter, in January 2000, just before the Dot-Com collapse that saw the NASDAQ plunge about 80% from its peak.

With a reliance on strategies – which Kee identifies as the best way to survive the current conditions – he realized major profits during some of the market’s worst years.

“I developed strategies that could work in that market or any market, and we did fantastic, with triple-digit results in 2000, 2001 and 2002, while other investors were losing money,” he says. “Our Strategic Plan Strategy, which was initiated in January 2009 and is based on two instruments – the double long and the double short ETFs for the Dow, has beaten the S&P by 70% since then, during the best bull run in the index in our lifetimes.”

Though trading is the best way to not only survive, but thrive, during rocky times, Kee says many investors are unprepared for this method, which is where Stock Traders Daily can assist.

“A lot of people don’t have the time to trade successfully, as it takes time, commitment and discipline,” he says. “I also don’t expect, after this long period of complacency, that people will be comfortable with transitioning to trading, but we never skipped a beat.”

Even during the relentless rise in share prices in 2017, Kee relied on trading, not deviating from his time-honored approach, which he has dubbed “every day is a Tuesday.”

“We treat the market the same way every day, like clockwork. We have our rules and all we do is follow them. This helps remove emotional stress,” he says.

Stock Traders Daily offers six strategies, including one with infrequent trades and others with day trades, to help investors of all expertise levels optimize their performance. With trigger points communicated to clients as long as several weeks in advance, the company’s method of delivery makes it easy for even the average investor to stay ahead of the most challenging conditions.

“My recommendation is to find a strategy that you are capable of doing, learn how to use it, and start executing it with a small amount of money,” Kee says. “As you get more proficient, add to it. When you are in the groove, don’t stop. All you need to do is continue to do the same thing over and over again, regardless of market conditions.”

“Whatever you do, don’t be a bull in headlights,” he adds.

For clients desiring more direct management of their assets, Kee can act as a money manager through Equity Logic, another of his startups. Though largely focused on managing money for other investment advisors, who in turn have clients who are interested in proactive personal management, Kee will consider individual investors with at least $500,000 in assets.

Tags: 2018AmericanbanksCACaliforniaCEOeconomyEstateindustrialinvestmentinvestmentsinvestorinvestorsInvestors have realized unprecedented returns as stocks have soared in one of the strongest bull markets on record.managing moneyMorgan Stanleynaturalreal estatestartupsThomas Kee of Stock Traders Daily  shares how investors can position themselves for success regardless of the market’s performance.tradeunprecedented stock returns
ADVERTISEMENT