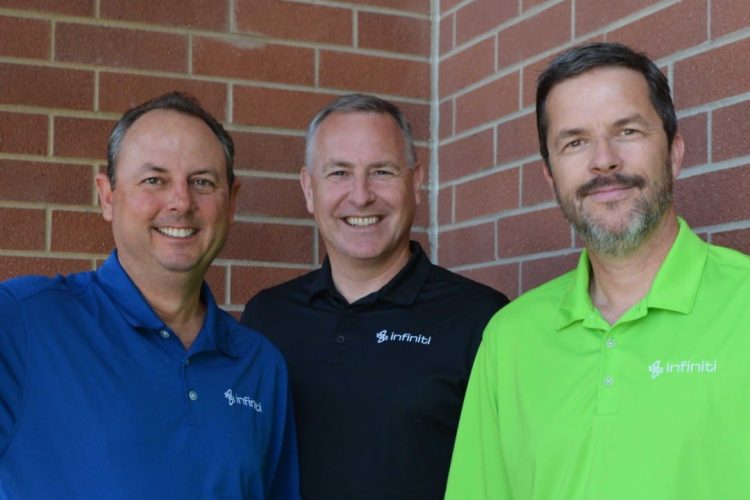 Many of California’s public sector organizations rely on cloud services and IT consulting from Infiniti, one of the most innovative technology companies in its space.

When the California Department of Technology (CDT) was sifting through proposals for a prestigious multi-year contract of providing critical cloud and IT services to public sector organizations, it didn’t choose Google, Microsoft or Oracle.

Instead, it chose Infiniti Consulting Group, a Sacramento, California based cloud services and IT consulting specialist with an established and reputable public sector practice of 14 years.

The exclusive and rare seven-year contract – the first of its nature to be handed out – has enabled Infiniti to become California’s sole source provider of Amazon Web Services (AWS) cloud storage solutions to government entities.

“What this contract does is provide us with the exciting prospect of helping every California government entity take advantage of the vast benefits of the cloud and cloud storage,” Drossos adds. “It was a big accomplishment for us to land this contract.”

Procurement can be quite an onerous undertaking. What the California Department of Technology (CDT) did was to establish a negotiated contract with Infiniti allowing government agencies to easily have access to cloud storage without having to go through the traditional RFP process.

“In the past, it would take a government entity several months and maybe a year to get through the procurement process,” Drossos says. “We can have them in the cloud in a matter of hours or perhaps a day.”

Only seven AWS partners in the world – out of 10,000+ – were granted a competency award in both education and storage solutions. Infiniti was one of them.

Infiniti is a successful consulting and technology services company that evolved through co-founders Scott Sanders and John Gray. Sanders worked at the California Franchise Tax Board for 13 years as CEAll – Information Management Bureau. He met Gray when he was CTO and head architect at American Management Systems, which was providing services to the Franchise Tax Board.

“We understand California government,” Gray says. “We understand the bureaucracies and the constraints that these entities operate under. We also understand leading-edge technology, so we’re able to bridge that gap with our clients and help get them into the latest and greatest technology.”

“We’re on top of everything AWS does,” Drossos says. “And we have direct access to what they’re doing every day, every week, every month. We know it down to the last detail. We stay abreast of the latest changes and bring that to bear for our clients. Our skill set is pretty unique.”

And while Amazon continues to improve business operations daily all around the world, costs are coming down dramatically.

For instance, members of the California Community College system have cut their costs dramatically by moving their network, infrastructures and applications to the cloud with Infiniti versus having its own servers, data center and staff.

“Most companies go through major repurchases every year with their laptops, desktops, phones, servers — all technology gets old in a few years,” Gray says. “Organizations have hundreds of servers that age and need to be replaced and they spend millions of dollars on it. Once they’re in the cloud, they no longer have that recurring capital investment every few years.”

AWS has millions of servers in its data centers with the latest and greatest technology. The company has changed the model in the way companies and organizations now pay for IT.

“It’s no longer a massive capital expense,” Drossos says. “You have much smaller operational expenses and it’s much easier to budget for.” 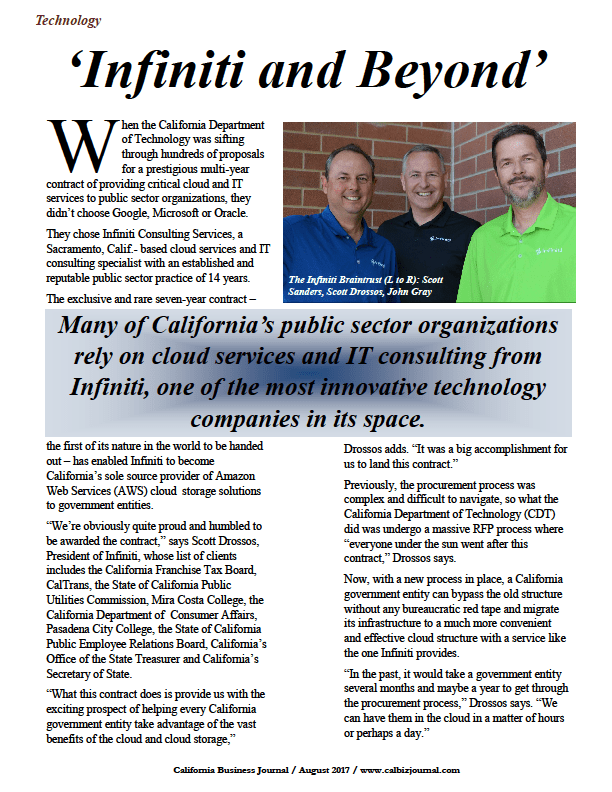