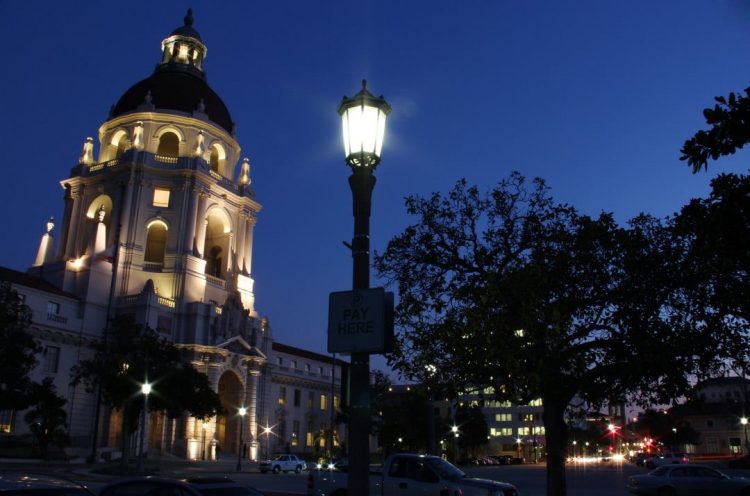 It’s one thing for do-it-yourselfers to take on backyard lighting projects, but it’s another matter when a lighting manufacturer lights up its own backyard – as in Southern California itself.

Torrance, California-based LEDtronics is putting a literal shine on the regional landscape with its innovations in light-emitting diode, or LED, technology. From the coastal Santa Monica Pier and Vincent Thomas Bridge to the civic centers of Los Angeles, Pasadena and San Pedro, to downtown’s City Hall, Memorial Coliseum and Natural History Museum, LEDtronics is playing a major role in lighting up many of the Southland’s storied landmarks.

“One of the charms of Los Angeles is that it is embraced by locals and romanticized by tourists, and in order for L.A. to remain endearing, the city and surrounding area cannot be seen in poor, dim lighting – it’s not a good look,” says Pervaiz Lodhie, an entrepreneurial Pakistani immigrant who in 1983 applied his mechanical engineering degree from Cal State Los Angeles to found LEDtronics with his wife, Almas.

The welcoming feel of LEDs lends the “right look for L.A,” according to Lodhie, considered a pioneer in LED lighting with dozens of patents to his name. Aesthetics aside, LEDs burn cooler, use significantly less energy and last tens of thousands of hours longer than traditional incandescent lighting, among other benefits.

For iconic L.A. City Hall, LEDtronics was tasked with upgrading the 13 lampposts that light up the tree-lined pathways and stairs of the grounds’ 1.7-acre park. “Our goal was to make the area safer, brighter and more beautiful,” Lodhie says. Energy-gobbling 130-watt high-pressure sodium lamps were replaced with efficient 27-watt LEDs.

Besides city halls – Pasadena’s and San Pedro’s included – LEDtronics’ mark on the illumination of the region is also seen along one of L.A.’s busiest arteries; for the Memorial Coliseum sign along the Harbor Freeway, 160 fluorescent T12 tube lights were replaced with energy- and cost-saving LED T8 tube lights. Since LEDs were installed, the freeway-fronting sign consumes almost 300 KwH less per day, a 57 percent reduction in daily consumption, according to the Los Angeles Memorial Coliseum Commission.

Twenty miles up the Pacific coast from LEDtronics’ South Bay headquarters and plant, one of only a few LED factories in the entire United States, the company has added to the beauty of beloved Santa Monica Pier. Its influence, which also includes a safer visitor experience, is seen and felt from the boardwalk to the historic Looff Hippodrome that houses the restored 1922-circa carousel. Along the pier’s perimeter, LED bulbs glow from the beacon light fixtures that enhance the seaside experience for seven million visitors annually.

Light at the Museum

At the popular Natural History Museum of Los Angeles County, over 4 1/2 billion years of history are not only shining bright thanks to modern LED technology from LEDtronics, but being better preserved.

“LED-based light sources are generally safer for our sensitive collections as they emit very little of the damaging infrared and ultraviolet radiation associated with some traditional light sources,” says Liam Mooney, the museum’s supervisor of media and lighting.

LEDtronics supplied bulbs for exhibit space, the perimeter of the 57-foot-high rotunda and other areas of the Exposition Park attraction. Benefits of LED lighting go beyond maintaining the condition of the museum’s fragile treasures.

“Where we have fully transitioned to LED-based lighting, we are using a third less energy than we would be with traditional incandescent lighting,” Mooney says. “Our staff is also spending less time working on ceilings, in crawlspaces and other challenging conditions to maintain this equipment.”

In terms of visitor experience, the museum’s lighting chief points out that the long lifespan of LED bulbs means “things are more likely to stay as sparkling and legible as they were on opening day,” which, for this facility, was 1913. “Visitors can consistently experience the exhibitions as intended,” he says.

From brightening a prehistoric walking whale for 800,000 visitors a year to illuminating L.A.’s light rail for 400,000 riders a day, locally produced LEDs also assist those who use public transportation to get to and from some of these popular destinations. Metro is among the nation’s earliest regional transit agencies to adopt LED lighting, having employed the technology since 2003. For its Metro Rail system, the agency uses miniature-based indicator bulbs, tube lights, intermediate-based bulbs and PAR (parabolic aluminized reflector) spot and flood bulbs at the control panels and passenger cars of its light rail operation.

While the majority of LEDtronics’ customers are understated and nondescript to the outside world, the lighting manufacturer takes heart in putting a shine on some of Southern California’s most used or visited settings.

“Not too many companies can contribute to both the safety and beauty of their own backyard,” Lodhie says. “How wonderful that we can do this and save the public sector money at the same time, let alone helping the environment. The millions of people we affect daily don’t know us by name, but in this business there are other ways to bring what we do to light.”