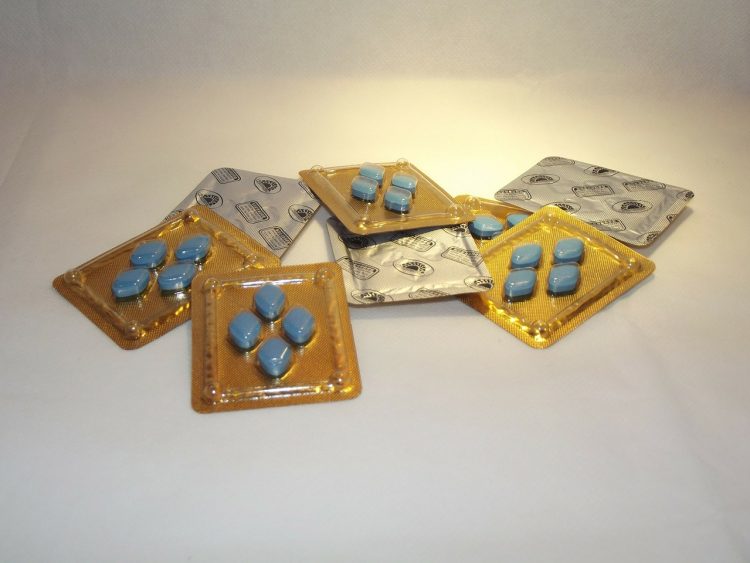 Viagra (sildenafil) is one of the world’s most recognized and popular prescription drugs for the treatment of erectile dysfunction (ED).

Often dubbed “the little blue pill,” Viagra was the first inhibitor to be approved by the US Food and Drug Administration (FDA) for use as a prescription drug for erectile dysfunction. Quickly becoming the go-to choice for people with ED, Viagra created a sea of change within the pharmaceutical industry that is still felt to date.

Despite facing stiff competition today, Viagra is still a force to be reckoned with. It’s estimated that 65% of ED prescriptions filled in 2018 were for Viagra or its generic version. This article will discuss how Viagra has revolutionized the erectile dysfunction market.

The History of Viagra

It was an issue that only a few men talked about, preferring to keep silent than face the shame and embarrassment that came with impotence.

In 1992, the National Institute of Health formed a panel that sought to remove the stigma associated with impotence, by replacing the term “impotence” with “erectile dysfunction.” But this didn’t solve the problem, either.

However, everything changed on 27th March 1998 when FDA approved Viagra as the first oral treatment for erectile dysfunction. The researchers who discovered Viagra were not even looking for it. Sildenafil, the active ingredient in Viagra, was originally developed to treat heart diseases—specifically, increase blood flow to the heart by blocking a protein called PDE-5.

But all the earlier trials failed and Pfizer—the company behind Viagra, was on the verge of abandoning the project. It was at that time that the nurses realized a weird thing—all the men enrolled in the study were getting erections.

And that’s how Viagra was born.

How Viagra has Revolutionized the Erectile Dysfunction Market

From the moment it hit the market, Viagra saw a rousing success.

Today, Viagra is seen as a highly effective, clinically proven solution for erectile dysfunction treatment. The drug is effective in 8 out of 10 cases and side effects are very rare. Its early developments didn’t just provide a remedy for impotence but also opened up a previously undiscussed topic about male sexual health.

However, in 2017 Pfizer lost exclusive rights to the manufacture of Viagra, ushering in a flood of generic versions of the blue pill. This led the sales to drop significantly as new players entered the market. Despite the competition, Pfizer still retains a considerable market share, thanks in part, to the company launching its own generic version of the blue pills.