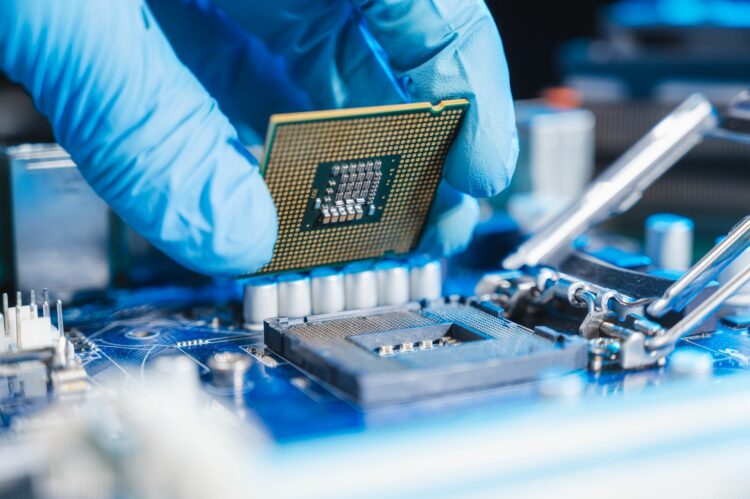 How is the Chip Shortage Affecting California … and When is It Likely to End?

It is now a widely-known fact that there has been a ballooning shortage of computer microchips around the entire globe since the end of 2019.

The growing scarcity has had a huge impact on multiple industries, particularly in the different US states, and California hasn’t been spared either.

While the Covid-19 pandemic has been cited as being largely to blame for the chip shortage that has lasted for over two years, it appears that several other factors have contributed significantly to the same.

So, how’s this shortage affecting The Golden State, and when is it likely to come to a conclusion? Let’s walk together to find out.

What Caused the Microchip Shortage?

As we approached 2020, there was an already growing demand for microchips, also referred to as semiconductors. This was perhaps fueled by certain industry shifts such as the new increased focus on increasing electric vehicle manufacturers as well as the expansion of 5G coverage.

The supply was further disrupted by the Covid-19 pandemic, which saw the microchip shortage balloon as it became more difficult for producers to obtain Silicon. Furthermore, the pandemic forced many manufacturers to temporarily shut down, many of which are based in California in places like San Jose.

The Effects of Chip Shortage in California

So, how exactly is the semiconductor scarcity affecting California as a state?

A Change in the Automotive Industry

California’s automotive industry is one of the hardest-hit industries by the ongoing shortage of semiconductors as of 2022. It is increasingly becoming difficult for consumers looking to buy a new car in this market, as most modern vehicles require being installed with various systems that rely on computer microchips to run.

Consequently, new cars have grown scarce, and the used car market has seen prices of vehicles soar over the past few quarters. Those who intend to sell used cars may have a reason to celebrate if they put them on the market before the semiconductor shortage crisis normalizes.

The technology sector has been expanding at an enormous rate, with many tech gadgets and tools depending on chips. Talk of automation, smart homes, AI, smart appliances, gaming tools, mobile devices, and more. The list of things that depend on chips in this age and day is endless.

For those keen enough to notice, the prices of many of these devices have either gone up significantly or have increasingly become harder to find. Chip manufacturers and producers have also been threatened by the possibility to shut down operations, meaning an increased job security risk for the American worker.

As earlier mentioned, the absurdly higher prices of used vehicles alongside the inability to find their vehicles of choice in the automotive market has also been a cause of inflation and frustration for many consumers.

Like most modern vehicles, law enforcement cars are usually equipped with certain computer microchips to allow the officers to diligently do their jobs.

It so appears that the law enforcement agencies in California have also been affected by the chip shortage, especially when it comes to adding more police cruisers to their fleet.

In a place like Santa Ana, a police agency recently reported that they haven’t been able to use more than twenty-five patrol vehicles because they were yet to be installed with the special microchips needed before being converted into police cruisers.

Riverside Police has also been reported to experience a similar problem, with the department citing a pushback in new police car procurement by as much as eight months due to the shortage.

When Is It Likely To End?

Whether or not the semiconductor shortage will end soon is a matter of global concern. However, there seems to be hope at the end of the tunnel after a JP Morgan report hinted at a significant reduction of the widespread shortage by the end of 2022.

Nonetheless, the supply is predicted to still remain significantly way lower than the demand, at least until 2024.

Like many other states and countries, semiconductor scarcity has hit California in several ways. Perhaps the biggest blow has been felt in the automotive industry, security agencies, and various sectors of the state’s economy.

Steering The Next Generation of Supply Chain Efficiency
Tags: AmericanAutomotiveCaliforniacarcarsconsumersCovid-19devicesexpansionfocusgamingHow is the Chip Shortage Affecting California ... and When is It Likely to End?lawmobilepricesSansystemstechnologyused carsvehicles
ADVERTISEMENT

Steering The Next Generation of Supply Chain Efficiency