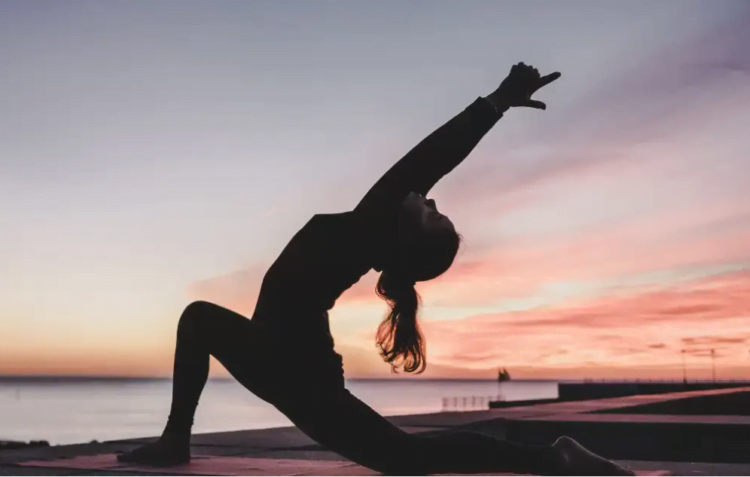 How Exercise Improves Memory Through Your Endocannabinoid System

How exercise improves memory through your ECS

Exercise improves your health and promotes your lifespan, but did you know that exercise can also improve your memory? Fascinatingly, recent research indicates that exercise-induced improvements in memory are mediated by the endocannabinoid system (ECS).

Exercise has been shown to enhance memory function in lab studies, but how does exercise exert this effect?

The question is challenging because exercise affects your brain at multiple levels: molecular, cellular, and structural. However, researchers have identified various mechanisms at each level by which exercise could improve memory.

These molecular changes “may induce cellular changes, including…neurogenesis, synaptogenesis, and angiogenesis,” which are the formation of new neurons, new synapses between neurons, and new blood vessels, respectively.

And these cellular changes alter the structure of the brain, increasing “white matter, grey matter, receptor activity, neural activity, and cerebral blood flow.” Over time, consistent (chronic) exercise leads to improved memory function. But even a single bout of exercise (acute) can positively impact your memory.

However, the ECS also plays an important (and little-known) role in exercise-induced memory improvement.

What is the ECS?

Ligands are signaling molecules that bind to receptors on cells. When a ligand binds to a receptor on a cell, it produces an effect in the cell. Usually, receptors only accept one (or a few) specific ligands.

CB1 receptors are found on neurons throughout the brain and the peripheral nervous system. THC is a CB1 receptor agonist, meaning THC binds to CB1 receptors and produces a signal.

Your ECS and memory

Researchers have known there is a connection between cannabinoids and memory for decades, ever since early studies observed that cannabis intoxication impairs short term memory function.

As we discussed in Does Weed Cause Memory Loss?:

Most psychoactive effects of cannabis are caused by THC binding to CB1 receptors in the brain. THC creates its effects by binding to receptors in “brain regions that are vital for memory formation, including the hippocampus, amygdala, and cerebral cortex.”

Conversely, the administration of CB1 antagonists enhances “memory consolidation.” An antagonist blocks agonists from binding to a receptor and producing a signal. Researchers found that blocking CB1 receptors increases the release of acetylcholine—a neurotransmitter involved in memory and learning.

While it may seem like there is a simple relationship between CB1 receptors and memory, where increased CB1 signaling impairs memory, the reality is more complicated. For example, chronic, low-dose THC has been shown to reverse age-related cognitive decline in animal studies. (Want to know more? Check out: Can Cannabis Improve Brain Health in Seniors?)

These paradoxical findings are related to the fact that cannabinoids have biphasic effects, where a low dose of cannabinoids has a stimulating effect, while a higher dose has an inhibitory effect.

So, how does this relate to exercise and memory?

How exercise impacts your ECS

Animal studies have shown that without CB1 receptors on GABAergic neurons, exercise does not relieve anxiety. Other studies indicate that the rewarding effects of exercise are related to the CB1 receptor.

If you aren’t familiar with the fascinating ways that your ECS links your body and mind, you might want to check out Your Unique Endocannabinoid System. We discuss the ancient evolutionary roots of the ECS, how a healthy ECS can improve your psychological well-being, and how exercise, meditation, massage, cold, and stress alter your ECS—for better or for worse.

But for now, all you need to know is that exercise impacts your ECS in various beneficial ways. For example, exercise increases levels of AEA (the bliss molecule) and makes your CB1 receptors more sensitive.

Exercise affects memory through the ECS

Emerging research indicates that the ECS plays a complex role in how exercise influences memory.

For example, exercise-induced neurogenesis in the hippocampus (part of your brain related to memory) is dependent on CB1 receptors.

Related to this finding, researchers found that treadmill running improves spatial memory in mice, but that improvements in spatial memory could be prevented by administering a CB1 receptor antagonist. As we discussed above, the amygdala and hippocampus both play an important role in memory. Now that we understand how exercise impacts the hippocampus through the ECS, let’s look at the amygdala.

The ECS is critically involved in our stress response and mood, partly because CB1 receptors are expressed in high density in the amygdala. The amygdala is part of your brain related to fear-related memories and emotional processing.

Once the eCBs are synthesized and released, they bind to GABA receptors in the amygdala and inhibit GABA release. This process alters the balance of excitatory and inhibitory inputs in your brain, and ultimately enhances your memory of the emotionally arousing event.

More research is needed to tease out the precise relationship between the ECS, exercise, and memory. But it’s safe to say that moderate physical activity will improve your well-being and help you enjoy the cannabis experience you’re after.

Get started on your cannabis wellness journey

These 15 factors include your dose, the environment in which you consume cannabis, who you are with when you ingest, how hydrated you are, the quality of your diet, how much sleep you got last night, and more. Download the Jointly app on the App Store or the Google Play Store to get started on your cannabis wellness journey.

Sam Anderson is based in Los Angeles. He has a BA in Written Arts from Bard College. Before becoming Jointly’s Content Director, Sam worked as a screenwriter, researcher, freelance editor, and writer developing new series for TV production companies.

Can Cannabis Be Used to Enhance Creativity?

MIT45 Kratom Liquid Extracts: Are They Worth Investing In?

Can Cannabis Be Used to Enhance Creativity?

Workaholic's Guide to Unwinding in a Healthy Way

MIT45 Kratom Liquid Extracts: Are They Worth Investing In?