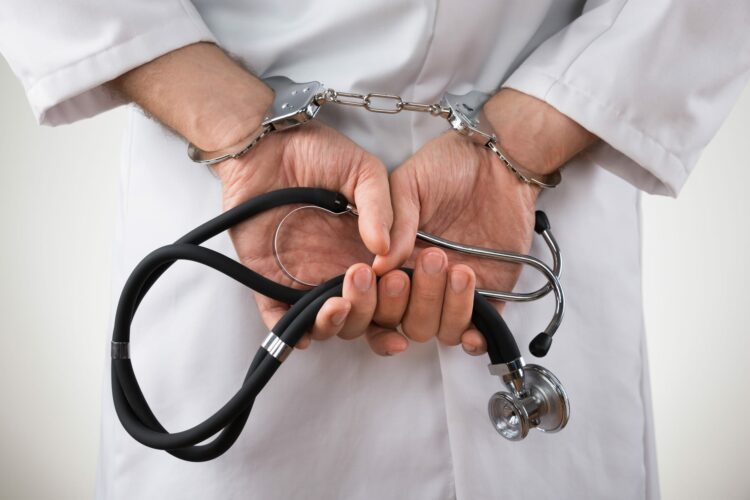 How A California Doctor Almost Cost the State $100 Million

In a case that has shaken the California medical world, Sohail Mamdani of Los Banos was formally charged with fraud and money laundering through intentional misuse of a government disability insurance payments scheme in Oct. 2022.

While the trial has a year to start, the allegations alone are mind-boggling as to how anyone could orchestrate an insurance fraud scheme that would have cost the State of California upwards of $93 million. Even without the crimes being proven, it has highlighted the incredible amount of trust that doctors have in society.

Essentially, Mamdani would make false disability claims on behalf of patients who he had never treated or even seen. The disability insurance scheme essentially gives monetary benefits to those people who come under specific criteria and, most importantly, have their situation verified by a licensed doctor.

One example of a disability insurance scheme is the one from Legal & General. At the time of his arrest, the state had already suffered losses of over $50 million.

Beyond this, he faces separate charges with drug charges, using another doctor’s identification to create fake prescriptions to gain controlled substances. If convicted of all allegations, Mamdani faces two 20-year sentences, a 4-year sentence for each of the drug charges, and over $1 million in fines alone, not counting any attempts by the government to recoup their losses.

How Did He Slip Through the Net?

Doctors, as caregivers and highly educated individuals, have an inherent level of trust in society. While this is somewhat mitigated by cases of malpractice, overall, doctors can claim quite a lot of authority, with cases in the past of acting in legal capacities for notarizing and officiating ceremonies.

The issue is, though, while doctors are exceptionally talented examples, they are still human and still prone to criminal activities. There is a very good reason why there are so many laws surrounding drug administration, treatment recording, and general medical accountability.

There’s also the fact that he operated this scheme across many different patients registered with multiple authorities who, as a rule, would not be inclined to share information between them. Between these two factors, it took a long time for a pattern to become established and reported to authorities.

Who Is To Blame?

Apart from the doctor himself, this is a classic case of a lack of due diligence on the part of multiple authorities. Any time there are large amounts of money being exchanged across multiple transactions, whether private or public sector, you expect a certain level of checks and record keeping.

In this case, though, multiple agencies and businesses had the opportunity to flag up unusual behavior and conduct extra checks, much in the same way that a bank or insurance company would investigate customers and claims. Indeed, while this guide on how to spot high-risk customers is primarily business-focused, a lot of the points still apply to this case.

The critical point made is that while the perpetrator of any fraud is directly to blame, the organization that allowed them to do it, consciously or not, also shares in that blame. This is especially true for the reputation of the entity operating the system, in this case, the California Employment Development Department, or EDD, for short.

The fact is that Mamdani submitted more than 6,000 claims in a two-year period, and although there’s no indication of how many of these were approved, it still amounts to around 250 every single month. This number alone should have raised eyebrows at the agency. However, it was not for a long period of time.

In the case of money laundering, Mamdani was able to bypass any federal reporting requirements by carefully controlling financial transactions to avoid any automatic red flags being raised. However, there was no oversight on this system or in that of the banks involved to spot what must have been quite a clear pattern.

What Has The Fallout Been?

Aside from the arrests, the impending trial, and the $50 million out of pocket that California is, there has been a lot of inherent embarrassment for the agencies involved, especially the EDD, who have been badly exposed. More than just embarrassment, though, a key flaw in their entire system has been highlighted, which is prime material for any of the policy’s detractors in the political world.

While there’s no official word yet on any changes being made to the scheme as a whole, it can only be imagined that the higher-ups at the EDD are scrambling to patch over the cracks.

What Needs To Be Done?

Fixing a flaw on this scale that allows for such a major loss is not easily remedied; however, the most immediate solution seems to be a lot more cooperation and sharing of information. For instance, if different countywide and regional authorities that deal with the scheme were more coordinated with their records, spotting a single practitioner with an unusually high claims rate would be a much simpler task.

The importance of more manual oversight in regard to the financial institutions involved cannot be understated. While there was a concerted effort to hide any illegal activities by controlling transactions over such a long period, the frequency and amount of additional payments should have been at least flagged for investigation.

There is currently no word on what eventually prompted the overall investigation. However, the FBI, the DEA, and the EDD were all involved in it, likely due to the scale of the allegations. What’s clear is that there were a lot of gaps in checks and verification that allowed it to go on for so long.

In short, the biggest lesson to take away is that no matter if it’s for the government or a private business, any time that there’s this kind of potential money changing hands, there is no room for any kind of oversights and gaps in the system.

Even when the people being worked with are as trusted as doctors, there’s no excuse for not taking every single precaution available. In the end, it protects everyone.

4 Reasons Why You Need Health Insurance

4 Reasons Why You Need Health Insurance