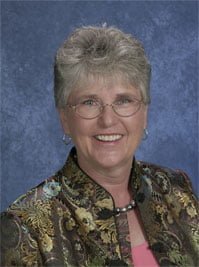 Carol Van Asten, Founder and former Director of Carden Academy, helped change the way students learn, enabling hundreds of them to achieve unprecedented success in school and in life.

For the last 30 years, Carol Van Asten has exemplified academic excellence, having produced hundreds of the most successful Southern California students through loving encouragement and a dynamic and challenging education program.

As the Founder and former Director of Carden Academy of Huntington Beach, Mrs. Van Asten has created enriching, heartwarming, and exciting environment that has produced, and perhaps unprecedented, educational success.

“Mrs. Van Asten is the embodiment of an educational hero, devoting her entire life to teaching, embracing the hearts and minds of young students, and preparing them for short-term and long-term success through love, unparalleled support, and demanding educational programs,” former Huntington Beach Mayor Debbie Cook says.

“No one has had more of an academic impact than Carol Van Asten,” says Bassem Sultan, who  had two children graduate from the acclaimed school. “She is one of the most amazing people to walk the earth. For one person to have had such a huge impact on so many people is quite significant. She’s truly a very special individual.”

The success of the students at Carden Academy of HB is in the numbers.

And these numbers are duplicated year after year though this year.

“Carden Academy of Huntington Beach is an island of sanity in a sea of insanity,” says Rick Martin, a private school advisor. “It’s no secret that America’s schools are broken. Not at Carden Academy of HB. It is an amazing educational institution that produces exemplary students who are not only scholars but who have total respect for the people around them.”

he root of Carden Academy’s achievements is teaching children to read in preschool.

The ability to read at such an early age gives the students an edge – an edge that carries them through life.

If not for Mrs. VA (as she is affectionately known), “There is no way I’d be the student and person I am today,” says Erin Espinoza, a Carden Academy HB graduate who is now one of the top students at Mater Dei. “Most schools don’t want to challenge students. Carden Academy HB does. And because of that, I’ve always excelled.”

When new preschool teachers arrive at Carden Academy of Huntington Beach and discover that preschoolers can read, they are quite astonished.

“I was amazed at how advanced these children were,” says Katja Flores, who taught preschool for three years before coming to Carden Academy HB in 2000. “Coming from another school, I didn’t think it was possible for a preschooler to learn to read.”

Says Mrs. VA: “Children have the capability to learn to read at an early age, so why shouldn’t we create fun and exciting challenges for them? Children need to be challenged at a young age.”

That attitude has resulted in significant accomplishments for Carden Academy of HB students, both academically and socially. 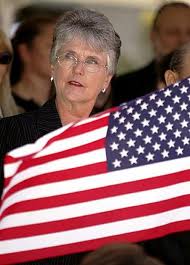 “The students here, past and present, carry themselves in a manner that you do not see with other children,” says Michael Frank, who had two children graduate from Carden Academy HB and currently has one child attending there today. “They have overwhelming confidence and are full of self-esteem. They have wonderful hearts, and they are so much more mature, academically and socially, than students attending other schools, public or private.”

“The students here genuinely care for the well being of their classmates and they treat adults with the utmost respect,” says Al Marino, a former educator whose granddaughter attended Carden Academy HB. “Most young people these days don’t give adults the time of day. Not these students. They’re so refreshing. It makes you so proud. This is the way all schools should be. What happens here is magical.”

here have been many challenges for Mrs. Van Asten over the last 30 years, one of which was the school’s neighborhood, which was slowly decaying into a drug-infested area with prostitution, gangs and violence. But she was the key leader who stopped the decay by coordinating a series of events that spurred involvement by neighbors and police. A task force was established. Undercover police moved into the decrepit buildings. Police drove through the neighborhood on a daily basis, arresting drug dealers, prostitutes and gang members, eventually driving them away.

To improve the look of the neighborhood, Mrs. Van Asten spent countless hours finding owners of the dilapidated apartment buildings and confronting them about fixing them up. And they did. She even helped secure a $400,000 government loan to help the owners renovate their buildings. Moreover, to help create a strong bond with neighbors, Mrs. Van Asten and her students went door-to-door delivering candy and cookies.

“The neighborhood looked like a war zone,” says Dave Burris, a Huntington Beach resident who helped Mrs. Van Asten in her quest to improve the area. “Some people said it’d never get better, but thanks to Carol, it not only has gotten better, it became so good that I actually moved around the corner from the school because it’s safer than some of the more affluent sections of Huntington Beach. Carol has more courage than anyone I know. When no one would go knocking on doors to gather neighborhood support because they were too afraid, she did.”

“My passion is teaching and children,” Mrs. VA says. “I wasn’t focusing on the business side as much as the educational side. When I finally learned that funds were being misused, I was numb, and I became determined to learn the business side.”

She has since turned the school into a profit center, Martin says.

“Carol is unquestionably one of the bravest, most amazing and inspiring people I’ve ever met,” he says. “She combines the savvy of a highly competent business woman with the sensitivity of a loving mother.”

Says P.J. Stanley, a teacher and Assistant Director at Carden Academy HB: “Mrs. VA is the essence of a true hero. She has made this school the great academic institution that it has been for 30 years and that it will continue to be in the future.” 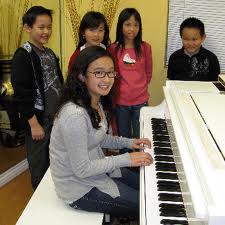 She began teaching at – get this – the age of 10. She taught piano to 6- and 7-year-olds in her hometown of Borup, Minn., a small farming town of 90 people. She is still legendary there, known as “the little girl who’d go from house to house teaching piano,” she says.

The lessons were one hour. She was paid 50 cents a lesson.

“One lady would feed me lunch for the lesson,” Mrs. VA recalls.

During the week, Mrs. VA went from school to teaching piano for a few hours. On Saturdays, she taught from 7 a.m. to 6 p.m. On Sundays, she’d play the organ at church.

“I was paid $10 a month,” she recalls with a laugh. “They insisted on paying me and I accepted. I saved the money for college.”

When Carol graduated from high school and went to Concordia College in nearby Moorhead, Minn., she returned home every weekend to continue teaching piano on Saturdays and playing the organ at the church on Sundays.

“The other girls at college couldn’t believe I’d go back home every weekend rather than stay around with them and go to parties,” she says.

During her senior year at college, the Los Angeles Unified School District held a job seminar at the school.

“They were desperate for teachers,” says Carol, who earned a Bachelor’s degree in Music (her minor was in English). “They were looking everywhere for teachers. If you were barely breathing, they would have taken you. So when they asked me if I was interested, I said, ‘Yes, I’d go to Los Angeles.”

Talk about culture shock — going from Borup with 38 households, according to a 2000 census, to LA. Even more of a shock was the school sizes.

“I had a problem with it from the very beginning,” she says.

Mrs. VA was assigned to teach 3rd grade at Elizabeth School in Cudahy, near Downey.

She taught there for 15 years. Year after year, she became increasingly frustrated by the lack of improvement in test scores. She attributed the failures directly to class size. She always felt that preschoolers and kindergarten students had the ability to read if they were taught patiently, properly, and lovingly.

“I always believed in challenging children more,” she says. “Children have the capability to learn to read at an early age, so why shouldn’t we create fun and exciting challenges for them? Children need to be challenged at a young age, even at the age of the 4 or 5.” 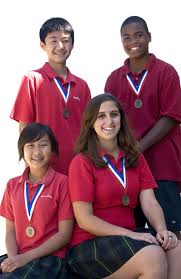 In 1979, Carol and her husband, Willy, an instructor at Long Beach City College, began thinking about purchasing a school. When Carol heard that a preschool – a Carden Academy Preschool — was for sale in Stanton, they drove down to see it. It turned out to be the defining moments of Carol’s life.

During a tour of the Preschool and Kindergarten, Carol noticed children – very young children — reading in a classroom.

“What grade are those children in?” she asked.

“Kindergarten,” she was told.

“It can’t be,” she said. “They were five-year-olds reading. I was shocked and speechless. They were working so quietly. Here I was, teaching at a gigantic school in Los Angeles with 16 Kindergarten classes and 12 first-grade classes and very few were reading; all they did was play outside, paint pictures and listen to stories.”

All along, Carol believed it was possible, that children could read in preschool and Kindergarten. All they needed was to be taught, to be challenged.

“My beliefs were confirmed,” she says.

The Van Astens bought the Stanton Preschool then relocated it to Huntington Beach, and 30 years later, they’re still there, producing exemplary students, one after another, with a committed, dedicated staff of educators.

Not only for her, but for the hundreds of students and families whose lives she has touched.