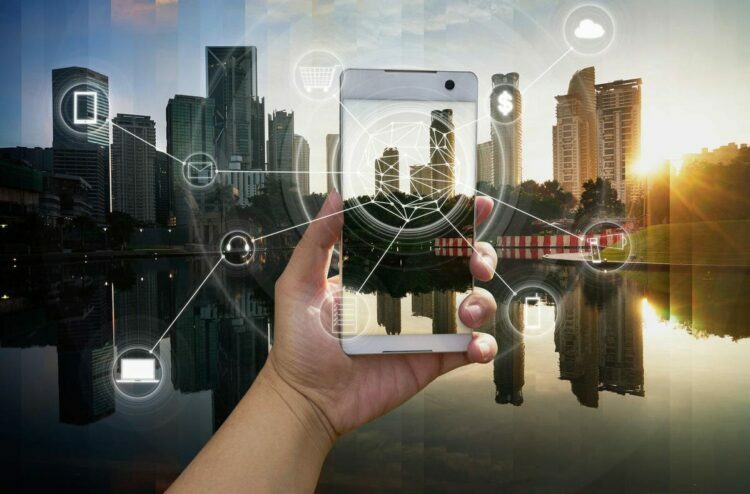 Don’t Buy Another Property Without Using a Smart Contract

Warren Buffett has said to “stay away” from on cryptocurrency, former Goldman Sachs CEO Lloyd Blankfein said he was “skeptical but pragmatic,” and renowned Wall Street investor Mike Novogratz is so bullish, he invested $100 million last year in first-time crypto funds.

Conventional investors haven’t quite worked out how they feel about cryptocurrency, but when it comes to blockchain—the technology that makes cryptocurrency work—the investment community is in complete consensus: it’s digital gold.

Perhaps Chinese investor Jack Ma, another crypto-denier, said it best: “Blockchain is going to be a critical technology for the future development of the world.” In the next few decades, blockchain will become as ubiquitous as the Internet with multifaceted applications well beyond cryptocurrency. In commercial real estate, it will be one of the three pillars of the industry’s digital transformation, alongside AI and machine learning.

For all of its promise, the blockchain is actually a rather mundane innovation. The standard definition of a blockchain is an immutable digital ledger or database that stores information electronically across a network of computers. In essence, it’s data storage—but a highly secure way to store and record data. In the information age, that is invaluable. By leveraging the blockchain, financial transactions and assets to be tracked and traded peer-to-peer, eliminating human error and fraud. There is no doubt blockchain is a major disruptor, but here are the three primary ways that the technology will fundamentally change commercial real estate investment as we know it.

A smart contract is an algorithm or piece of code processed through the blockchain that allows peers to transact directly with one another without an intermediary. The smart contract establishes the pre-determined set of obligations between parties, and ensures those obligations are met while leveraging the blockchain to create a secure, final and unalterable transaction. The real value of a smart contract is enhanced transparency and decentralization, which eliminates possession or ownership of the contract. The concept is still new, but a survey of CRE professionals conducted by Savoy Stewart found that more than two-thirds of respondents already believe that smart contracts will make the transaction process more efficient.

Smart contracts are already in play in the business community. This year, about 25% of global businesses are using smart contracts, and PWC expects that smart contracts on the blockchain will add $1.76 trillion to the global GDP by 2030.

Cryptocurrency has morphed into an investment asset, but it was designed in the aftermath of the Great Financial Crisis as a global digital currency capable of replacing government monetary systems and fiat money. Effectively, it’s a type (and perhaps the best-known example) of a token on the blockchain.

Think of tokens as a digital proxy for a real-world asset. Tokens leverage an existing blockchain and operate using smart contracts. Through tokenization, real estate assets can be traded easily and frequently without an intermediary or the fees associated with them.

There are several types of tokens. Cryptocurrency is a payment token, or an electronic cash system supporting peer-to-peer transactions. Whole real estate assets can be traded with cryptocurrency, or deals can use a combination of cryptocurrency and fiat money. While Bitcoin is the most reputable form, largely because it operates on its own blockchain, there are thousands of different types available.

Security tokens are the other type of token most relevant to real estate transactions. With these tokens, real estate can be divided into fractional interests and sold through smart contracts. For example, a 100,000-square-foot property could be divided into 100,000 tokens and sold per square foot, or any other size imaginable, in half, in quarters, by square inch, etc. Security tokens effectively transform real property into a liquid investment asset, like a stock or, as the eponymous name conveys, a security. They reduce the barriers to fractional ownership for novice investors and cross-border acquisitions, which means you can now transact anywhere around the world. Tokens can be traded easily and frequently, even daily. Imagine selling real estate property with such ease that you can trade an ownership interest daily. That is possible through the blockchain.

Although still in its infancy, tokenization is already 3% of the global foreign exchange, which illustrates the early adoption and the bullishness on the technology in the financial services industry.

The blockchain was designed for security. Its core distinguishing features are immutability and decentralization. The former means that each block in the chain—which stores transactional information and other pertinent data—has a unique fingerprint that proves its legitimacy, and the latter triggers what is known in the crypto world as “consensus protocol,” meaning that there is agreement across a network of computers that the data is accurate. While nothing is completely impenetrable, the blockchain is as secure as it gets in the digital world.

When applied to real estate transactions, this set of protocols can eliminate fraud and amplify transparency. It’s not often discussed, but fraud is among the biggest challenges in the real estate investment market. While fraudulent activity actually fell during the pandemic, likely because there were fewer transactions overall, 1 in 28 investment mortgage applications contain elements of fraud, according to the most recent CoreLogic fraud index.

Often, fraud is present because stakeholders have limited resources to authenticate information. We are all playing on the honor system in real estate transactions. This means that fraudulent information or even simple human error can enter at several points during a sale, from financial evaluation to due diligence to title management. The blockchain replaces these siloed databases with shared databases that secure information from multiple stakeholders and hold that data to the blockchain security protocols. On the blockchain, this information is all verifiable and traceable, making transactions substantially more efficient while protecting against misinformation and human error.

The benefits of the blockchain are applicable across industries, and widespread adoption of this tool is coming rapidly. Grand View Research expects the blockchain will grow at a compound annual growth rate of 85.9% through 2030 with financial services industries utilizing the most market share. Over the next decade, we can expect the blockchain to become a massive disrupter in the real estate market.

But it isn’t the first one. AI and machine learning programs that process data and analytics are also driving meaningful change in the commercial real estate sector. These three pillars of change illustrate how important data is to the future of the industry, whether processing data to make investment decisions, managing data through AI and machine learning tools like Northspyre, or efficiently sharing and securely storing data through the blockchain. We are in the age of information, and technology is the key to harnessing it.