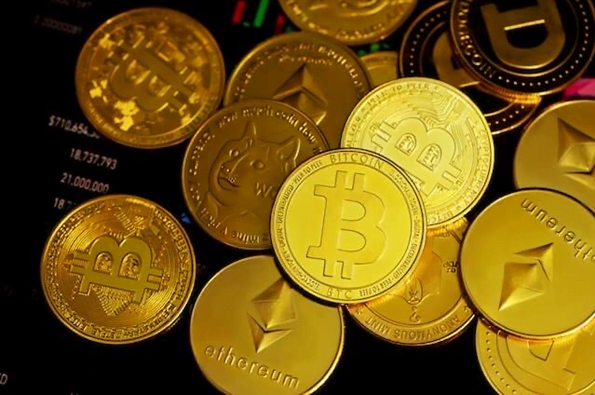 With all this volatility, it’s no wonder that the overall market cap for cryptocurrencies has been steadily declining and that the question, “is crypto dead?” is on everyone’s lips. We’ve witnessed substantial losses in cryptocurrency value in recent weeks and months, with Wall Street and the Square Mile soon to follow. Is crypto really dead?

These days, when investing, it is hard to ignore the hype around a relatively new asset class: cryptocurrency. We are seeing it more and more in everyday life, with rumors of it becoming the future of payments.

Is it true, though? What exactly does such a statement imply in practice, especially for those who have already invested in digital currencies? Is cryptocurrency still – or was it ever – a worthwhile investment? Knowing the benefits and drawbacks of bitcoin as an investment may help you determine if it’s right for you based on your circumstances – whether it is a bull market or a bear market.

Potential benefits of investing in cryptocurrency

Cryptocurrency seems a daunting prospect for many, but there are lots of potential benefits that come with investing. You can start your investments by trying CEX.io trading.

The cryptocurrency industry is decentralized, meaning no single government or governing body has any control over it. Blockchain technology, on the other hand, makes it as clear as possible. As a result, investors are spared from paying international transaction fees and exchange rates. Additionally, cryptocurrencies are independent of government policies or changes to a country’s central bank and aren’t subject to government policy changes. The result is that nothing is affected by deflation or inflation.

It is generally thought that many investors would rather not experience volatility. The advantages can, however, outweigh the disadvantages. Volatility has long been used to make profits for investors by profiting from rising and falling markets by selling and buying assets quickly.

Volatility is a hallmark of cryptocurrency markets. There is a fast way to make some serious returns by profiting from the peaks and troughs of Bitcoin and its peers. It is essential that you enter the market and exit it flawlessly. There are significant hits to be taken if you do not.

Due to the inherent volatility of BTC, online gambling sites and many crypto casinos have transitioned to accepting stable-coins like USDT (Tether) instead of volatile BTC variants and other crypto-currencies.

Cryptocurrency can be a useful tool for diversifying your portfolio. Many critics of cryptocurrency claim that it is unconnected to traditional assets such as equities. According to MarketWatch, Bitcoin’s correlation to the S&P 500 index was just 0.03 percent.

Another reason why digital currencies are so volatile is that they are decentralized. They are not as affected by broader government action, so they do not always experience economic repercussions, such as inflation, like equities or bonds. That implies that the price rises and falls of cryptocurrencies are due to a variety of factors.

In 2021, Bitcoin had a wild few months when Elon Musk tweeted his feelings on the e-currency. The market value of Bitcoin dropped when Musk later stated Tesla would no longer take Bitcoin as payment; since then, Tesla has re-enabled the option. However, the release of the news caused Bitcoin and numerous other cryptocurrencies to plummet in value. In comparison, Musk’s tweet had no impact on stock exchanges.

Crypto is not dead. It does not appear capable of, wants to be, or should ever be shut down. Nonetheless, two elements may make it a poor investment for you. To begin with, you may not believe the dangers of crypto are worth taking – it is in some ways a riskier investment than other financial assets. It may become less appealing to you if one of its primary attractions is the lack of regulation and decentralization. It appears that greater regulation of the sector is on the way right now.

What this implies for the asset class’s development will be fascinating to observe. Whether it means more usage and adoption in day-to-day life or if investors lose interest might be disputed one way or another.

In conclusion, while crypto is not dead, it appears to be on its way out for a variety of reasons. However, that is the case with any investment asset. There must be a seller who does not want the item because of the risks and drawbacks associated with it for an asset to be sold. To be purchased, a buyer must believe the potential benefits outweigh the dangers. That is the essence of all capital markets. It’s just that right now cryptocurrencies appear to be attracting a lot of attention in the media. All that commotion may be distracting; drown it out by going back to your fundamentals and determining whether it’s a suitable investment based on your unique situation.

Why You Should Still Invest in Bitcoin