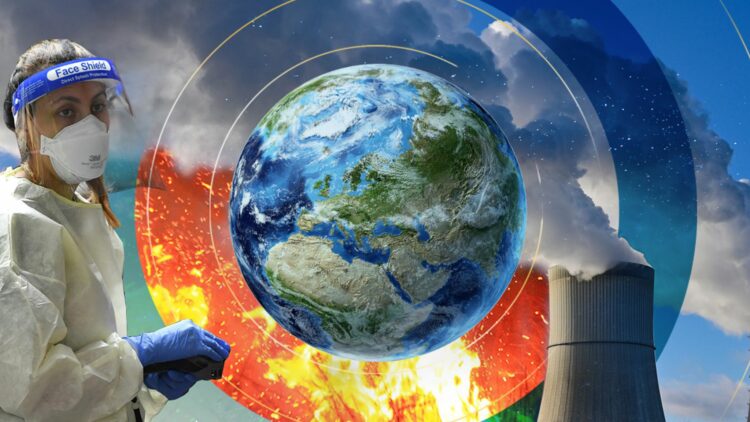 Commentary: How Climate Change Is Introducing Americans to the Benefits of Public Adjusters

People are finally breaking through the barriers that have existed for generations, and with the help of a good public adjuster, are speaking out, standing up, and demanding what they are really owed.

Over my 50-year career in the public adjusting profession, I have become accustomed to explaining what exactly a public adjuster does and why we are a policyholder’s best friend. In the last five years, however, I’ve found myself having to explain it far less frequently, because more than ever, they already know. The reason is climate change.

When I joined The Greenspan Co. in 1971, the benefits of hiring a public adjuster were not widely known among the general public. Public adjusters were often met by policyholders with skepticism or distrust, especially because insurance companies had done such a good job convincing people that they were their trusted allies. They were our “good neighbors” after all. They were supposed to be strong and steady, like “a piece of the rock,” while they held us in their “good hands.”

As a rule, however, insurance companies always aim to minimize payouts to their policyholders because payouts cut into profits. This can put them at odds with the customers they insure when disaster strikes. With intricate knowledge of the myriad regulations, standards and codes that govern the claims process, the public adjuster’s role is to ensure that insurance companies pay their clients the absolute maximum they are due under their policy contract, while simultaneously relieving the burden of dealing with an insurance company – allowing the homeowner to care for his/her family and the business owner to focus on his/her employees and customers.

It turns out that hundreds of billions of dollars spent on advertising over the course of decades worked quite well. Typically, the only people who saw through it were the ones who experienced firsthand the benefit of working with a public adjuster. Back in 1971, that wasn’t many people.

Over the past 45 years, that number has grown at a steady pace, as companies like Greenspan handled more and more claims, driven by word of mouth and the positive results we were able to achieve for our clients time after time.

In the last five years, however, something changed. We began to see an exponential rise in demand for public adjusting services across the United States. Unfortunately, the simple explanation is the fact that, with climate change, our country is suffering from more natural disasters than ever before. More fires, more hurricanes, and more floods means more companies and individuals who are faced with losses and more people who are forced into the position of wrangling with their insurance company to receive a fair payout.

But with increased demand comes those trying to take advantage of it.

The past five years has also seen a trend in the increase of, and the prosecution of, UPPA, or unauthorized practice of public adjusting. This occurs when organizations or professionals such as contractors, restoration companies, or accountants, who are not licensed or trained as public adjusters, wrongfully make promises to act as the liaison between the insurance and the insured in order to negotiate claims on the claimant’s behalf.

As extreme and catastrophic weather events heighten across the nation, and public adjusting and UPPA both have expanded, more and more states have recognized the harm of UPPA not only on the industry, but the policyholders as well. Often, after devastating events when those who are not licensed as public adjusters falsely represent claimants, the claimants do not get the benefit of trained, experienced, and licensed public adjusting professionals and, in many cases, find themselves victims yet again.

Because of these unauthorized practices, the industry was required to evolve over the years and introduce laws and regulations. Currently, 46 states including the District of Columbia, Puerto Rico and the U.S. Virgin Islands require licensing to practice public adjusting. But less than half of the states that license public adjusters recognize UPPA as a crime. Thankfully, many of those that do fall into high-risk areas for natural disasters.

Both the UPPA and climate change have contributed to significant changes in the public adjuster industry over the past five years. While both phenomena are troubling in their respective ways, there are signs of encouragement. A licensed public adjuster can provide a much-needed life raft for a client drowning in their insurance claim, and the word is getting out. People are finally breaking through the barriers that have existed for generations, and with the help of a good public adjuster, are speaking out, standing up, and demanding what they are really owed.