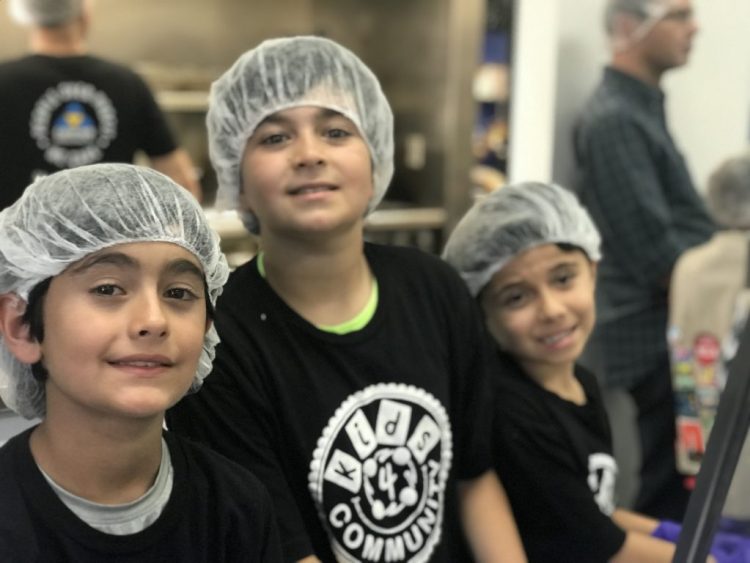 Kids4Community has created a youth movement for teen identity and social conscience.

Following an unforgettable encounter he had roaming through the diverse San Diego geography as a child, Kenan Pala decided to launched Kids4Community.

“My parents drove past a homeless person and no one was there helping the person, no press, no banners, no nothing,” he says.

He wondered why – and remember a child’s perspective on this dilemma is much more sentimental and innocent than an adults’ historical viewpoint. “How was it that the seals received so much attention, but the person in my community was practically invisible?” he says. “That was the moment I decided to engage the community by establishing Kids4Community.”

In today’s wildly digital world, the majority of teens have these thoughts and opinions about things they see in their community. “Teens from all kinds of backgrounds have large aspirations like me and want to make a difference in their community,” Pala says. “They needed a platform.”

Kids4Community has emerged as a youth movement. “Youth all over the world have taken on pressing social issues to attempt to change the world they live in,” Pala says.

Kids4Community, which just celebrated its second anniversary, empowers today’s youth and amplifies their vision of community.

“With the right resources, teens can assemble a version of society that contributes to the advancement of all people,” Pala says.

Kids4Community has organized over 5,000 youth volunteers, served meals to hundreds of homeless individuals in San Diego, created over 10,000 care packages for relief efforts, partnered with other organizations, and raised over $1 million for various causes.

“We’ve always stayed true to our founding principles and ideals; we have inspired kids to work in their communities at their own level.”

There have been numerous youth volunteers from Kids4Community who have gone on to start their own coalitions to address issues they are passionate about. For example, a young boy who attended one of Kids4Community’s early dinner servings created an organization that helped serve dinner to homeless people around San Diego.

Kids4Community is developing inclusion, enabling people who could otherwise never volunteer to be given the opportunity to serve their community. At a number of events, there have been countless kids with disabilities who thank the organization for giving them a chance to volunteer. Other organizations did not given them the same opportunity.

Kids4Community has helped instill a sense of responsibility among the youth in San Diego. “We help kids realize the importance of their actions and how they can change someone’s life for the better,” Pala says. “With volunteering, people understand what they do is important and it makes a difference throughout their community.”

Yet there is still much to be done, he says. “We only organize events in the Greater San Diego Area, limiting our outreach. But we plan to open branches that extend beyond the city, and even the state, borders. By expanding our outreach, we not only will be able to assemble more care packages but will be able to empower more youth.”

Kids4Community is creating a wider variety of events that volunteers can attend. It plans to organize environmentally-focused events, tutoring programs, and small construction projects to benefit homeless and low-income individuals. “With these events, we will be able to better help kid volunteers discover areas of volunteering they are passionate about, whether it be homelessness or the environment.”