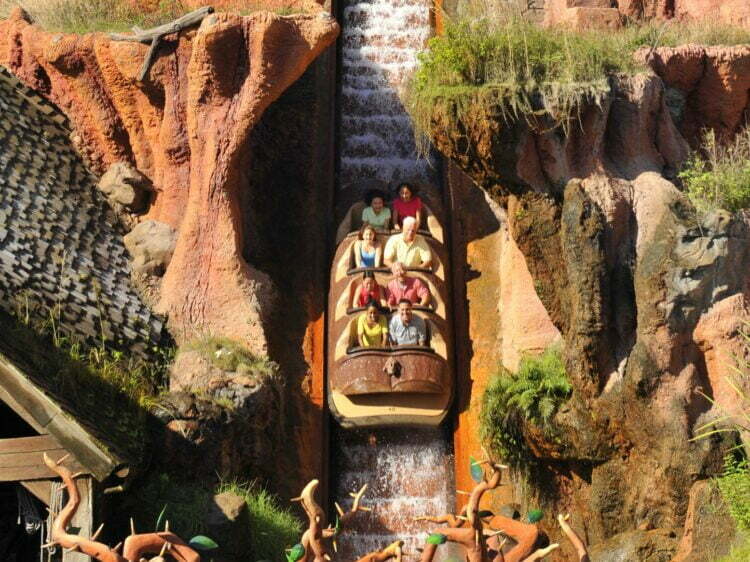 The Disney company has some of the best theme parks in the world with parks in Paris, Florida, Hong Kong, Tokyo, Shanghai and the original park in Anaheim, California. For some people, this is the best because it is the first one and the one that Walt Disney himself had such a major involvement in making.

Disney has the ability to make anything magical as the park is just 45 minutes from Downtown LA, you would think you are nowhere near a major city with some of the best CFD brokers.

Disneyland also has California Adventure connected to it with the likes of Pixar Pier. Still, for this list, we will solely be focussing on the Magic Kingdom for the best rides to experience whilst in the Happiest Place on Earth.

A true Disney classic and stretches to 10 minutes long. It is well worth the wait and the wait never seems that long due to the exquisite theming on offer in this magical ride. With classic songs mixed with a compelling storyline, it is certainly a ride that is so rideable that you will have to tell yourself to stop wanting to join the queue.

The story has followed Brer Rabbit since 1989, but the ride is currently getting a retheme from Imagineers to create the story of Princess and the Frog. It will still have those amazing drops that have been captured by millions of families and shown on TV shows such as Boy Meets World.

Across the other parks around the world, there are many homages to Indiana Jones with shows and rides but none to that of Indiana Jones Adventure at Disneyland California. This totally immersive ride makes you feel like you are Dr. Jones himself.

With so many near misses with fire, collapsing bridges, all-terrain vehicles, and treacherous conditions, it is understandable why this is one of the most popular rides at the park.

3. Pirates of the Caribbean

Arguably one of the best rides ever created by Disney imagineers. This was an opening day attraction, and it has not lost a single bit of its charm. There are many copies of it around the world, and they are all superb in their own right, but many consider this version to be the best.

Pirates, as it is simply known to many, has it all with distinct smells, a superb storyline, and the iconic song “A Pirate’s life for me”. Pirates of the Caribbean, like Splash Mountain, build you up in the queue line and do not scrimp out of time whilst on the ride.

Disney has a way of creating horror without going overboard with it and knowing its demographic. The Haunted Mansion is equally scary as it is whitty with many stand-out characters on the ride.

The ride also features a groundbreaking, at the time, way of portraying figures to look like they are there but they are not. When Haunted Mansion was first open to the public, people were baffled as to how Disney was even producing such images.

You also have to love the overlay of The Nightmare Before Christmas.

5. Star Wars Rise of the Resistance

This ride opened in 2020 and people queued up for hours eagerly anticipating the park gates to open, and then they could join the virtual queue to know which boarding group they were in. The ride has proved so popular that people even had systems as to how to get the best boarding groups; luckily, in September 2021, Disney did away with the boarding groups, and the ride became about regular queuing.

However, the queuing was once again not an issue as this overly immersive ride has you feeling like you are a rebel in a galaxy far, far away almost instantly. However, the wait is worth it with the ride length of around 18 minutes. It is action-packed, stunning and completely revolutionary in the dark ride industry.

A must-ride at Disneyland.

Best Businesses To Start In California

How California Will Become the Biggest NFT Market in the U.S
Tags: bestBest Rides to Go on Whilst at Disneyland CaliforniaCaliforniacompanyrevolutionarysystems
ADVERTISEMENT

Best Businesses To Start In California