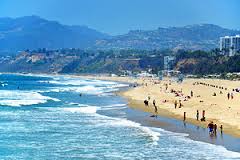 BEST PLACES TO MAKE A LIVING: CALIFORNIA IS 5TH WORST IN THE NATION

IN RICHARD BARRINGTON’S MOST RECENT MONEYRATES.COM PIECE, the Top 10 Places to Make A Living in the U.S., California was on the opposite end of the spectrum of this one:

Not only isn’t California on the list at all but it is ranked as the fifth worst state in the U.S.

Barrington’s reasoning is this: “If you are considering job offers in various parts of the country, keep in mind that wage levels from place to place are not always an apples-to-apples comparison,” he writes. “California is a good example. It has one of the top 10 median wages in the country, which looks good on paper until you find out that its cost of living is the third-highest of any state. This is enough to more than negate the purchasing power of that relatively high wage level. Also, getting a job in the first place can be an issue, as the unemployment rate in California is higher than that of most states.”

Barrington on selecting Wyoming No.1: “Surprised to see Wyoming take the top spot? It has a small population so there is a good chance you’ve never thought of pursuing a career in Wyoming, but conditions there stack up as the best in the country for making a living. After finishing third in best state rankings last year, Wyoming is now the No. 1 state to stretch your dollars. What makes Wyoming so great? The median income is above average at $38,280 and goes especially far because of the state’s low cost of living and lack of state income tax.”

To read comments on the other states, go to http://www.money-rates.com/research-center/best-states-to-make-a-living/.

As for the worst states, No. 1 was Hawaii … for the sixth straight year. How come? “…for its high cost of living, 68.6 percent above the national norm, and one of the highest state tax burdens.”

Barrington goes on to write, “With its welcoming atmosphere, you may be surprised to find Hawaii ranks as the worst state, but this study is about the best places to make a living, not the best places to live. If you have already made your fortune, then by all means go to Hawaii and enjoy its warm climate and spectacular natural beauty. However, if you are just trying to make a living, the biggest problem you’ll run into is the cost of living. Island economies tend to be pricey because many everyday needs have to be shipped in. At 68.6 percent above the national norm, Hawaii’s cost of living is the highest of any state. Zillow reports the median home value in Hawaii is $556,200 – almost three times higher than No. 1 Wyoming’s median home value at just $193,300, according to the latest data as of March 31. Add to that the third-heaviest percentage state tax burden, and your hard-earned dollars won’t go very far.” 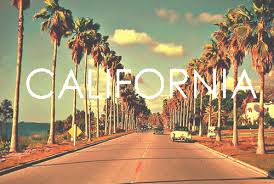 No. 2 on the worst list is — surprisingly — Oregon, followed by West Virginia, Maine, California, Vermont, New York, Montana, South Carolina and Rhode Island. [Editor’s Note: “I disagree … Oregon 2nd worst? Come on. Reality check please. Oregon should be in the Top 10. Portland? Grants Pass? Ashland? Oregon is a jewel … plus, my grandson Gage is from there.]

The five factors evaluated and the data sources used: 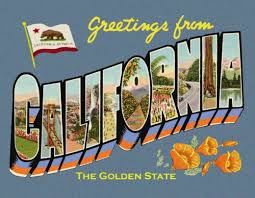