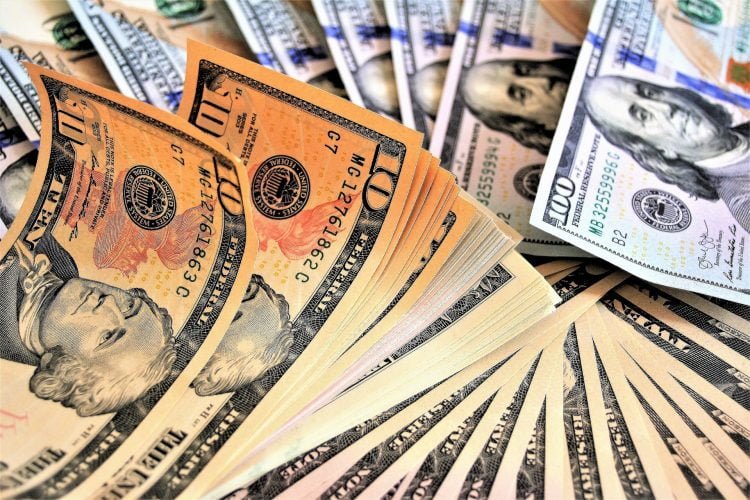 Payday loans are usually the first option for a lot of people who need a small loan fast. But if you look at this market over the past few years, you will notice a lot has changed. Since its inception in the 2000s, this market has served millions of people but was cannibalized by lenders looking to take advantage of people who have a hard time repaying their loans. That was later rectified. Below, we will explore other ways this market has changed over the years and look at where it stands now.

The Rise and Fall of High-Cost Loans

From around 2010 to 2019, the popularity of payday loans has seen a series of rises and falls. The 2008 recession and financial collapse around the world, a 2010 public freeze of pay and a restriction in how major banks could lend have all played a part in the rise of the popularity of guaranteed payday loans. During these spikes in demand, more payday loan websites popped up to satisfy the demand for high-cost, easy-to-access payday loans.

To understand how dramatic the changes have been, we will look at the numbers. Before 2009, only 250,000 UK citizens took payday loans annually. The number increased to 1.8 million people in 2013, which translated to over 2.2 billion borrowed per year.

Even with these strong numbers, this growth has been difficult to sustain and has been on a downward trajectory. This has been caused by several factors that have affected this market negatively and, in addition to causing a reduction in growth, has caused the industry to change in different ways.

The Financial Conduct Authority (FCA) regulates financial service firms and all financial markets in the UK. Because of the rise in the demand for payday loans before 2015, the number of lenders exploded, leading to fast lending patterns that were meant to benefit lenders as much as possible. The FCA came up with rules to curtail this practice by establishing clear lending and borrowing rules and became the de facto regulator to ensure better lending practices were adhered to.

Websites offering short-term loans had to do affordability checks as a way of protecting their customers, as well as offering different types of warnings across their websites.

All these regulations reduced the profitability of this industry, which led to major players leaving. Things got even worse for several lenders when their customers filed reclaims, alleging that the loans sold to them were sold unfairly.

Reclaims were new to the industry and came about in 2015 as the FCA tried to clean up the industry. Because some lenders were treating lenders unfairly or selling them loans following bad procedures, they had to refund their customers.

The downsizing of the industry will inevitably result in fewer lenders, with the lenders left predicted to consolidate to become bigger lenders. The market for alternative lenders is already growing and applications for payday loans are increasing.

These new alternatives are offering a 6 to 12-month repayment period, which means borrowers can now avoid debt and exorbitant default rates and payments. The shorter repayment cycles forced people into debt, which is what almost brought the industry down.

Also, fintech companies are entering the market and offering high-cost loans. These range from apps that help staff receive wages before their salaries reach their bank accounts to financial tools that help companies and individual borrowers better manage their loans.

With the regulations that have been put in place, people’s confidence in payday lenders is growing. This makes payday loans a viable option for a lot of people. This is especially true when borrowers find reputable lenders who do not charge exorbitant interest rates and who do not hide important details in their fine print to confuse lenders.

When looking for a lender who fits all the descriptions above, you will likely come across direct lenders UK on platforms like Payday UK. Payday UK connects you with different lenders who provide an instant decision on your application and let you borrow any amount from £50 to £5,000. The main advantage of the panel of lenders on Payday UK is that they do not charge any fees. To top it all off, the amount borrowed can be sent in as little as 10 minutes, which makes them an excellent option in these hard times. You can find more information here.

Why You Should Consider Payday Loans

Payday loans remain very easy to access. Most payday loan lenders will send your money within 24 hours of your application. Some are available 24 hours a day on online platforms, which makes it even easier to get a loan any time of day.

Payday loans also have fewer requirements than traditional loans. In many cases, all you need is to be over 18 years and provide your identity card, have a regular job or some source of income, and have a bank account.

Payday lenders also do not check your credit. This opens up these loans to people with bad credit. Because they do not do a hard credit inquiry, there is no hit to your credit score – such queries do lower your credit score by a few points every time they are performed.

Lastly, payday loans do not need any security. If you default, there is nothing to seize, but that does not mean they are risk-free. Defaulters usually have to deal with debt collectors, and in extreme cases, court cases brought forward by lenders to recover their money.

The Future of Payday Loans

The way payday loans were formulated in the past did not appeal to too many fintech companies. With the new structures, rules and regulations put in place by the FCA, fintech companies are starting to take note. These companies are expected to come up with new borrowing methods that benefit both borrowers and lenders, without leading to the seesaw in demand seen with past models. As innovations come to this market and industry, Silicon Valley and other technology hubs will keep punching for innovation and are thought to be the next point of growth.

Payday loans will become an option for a lot of people who were put off by the high-interest rates charged, and with the number of lenders rising again, borrowers will have more options

The Payday loans market in the UK has undergone a lot of changes in the past decade or so. But all these changes have benefited borrowers, reduced the industry’s profitability, and led to the exit of some of the biggest players in the industry. Even with all that said, innovation in fintech will bring the industry back to its former status.

How To Qualify For A Payday Loan

How to Qualify for No Credit Check Loans

How to Secure a Business Loan in California

LenderHomePage.com is primed for another growth spurt following its soon-to-be-announced technology integrations with industry-leading Loan Origination Systems, CRM’s and PPE’s.

How to Qualify for No Credit Check Loans

How to Secure a Business Loan in California

LenderHomePage.com is primed for another growth spurt following its soon-to-be-announced technology integrations with industry-leading Loan Origination Systems, CRM’s and PPE’s.

How To Qualify For A Payday Loan