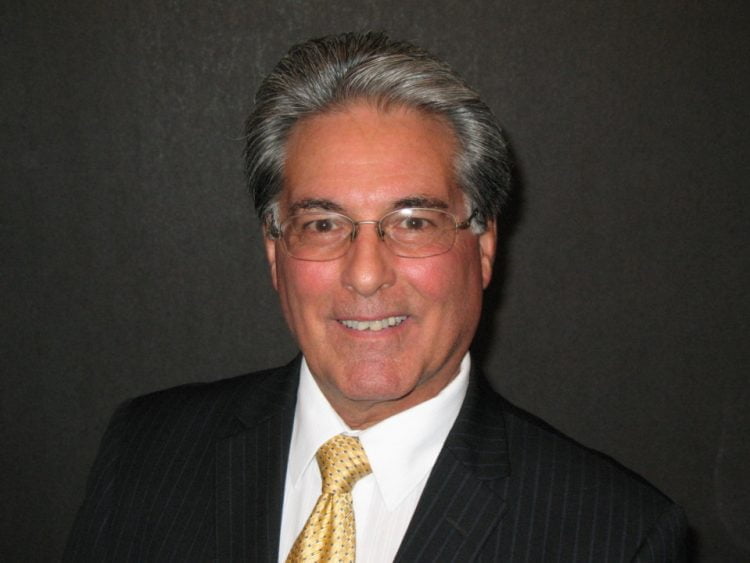 As a child growing up in Northern California, John Dade quickly realized he was an “alternative thinker.”

“When my friends would zig, I would zag,” he says with a laugh.

As an alternative thinker, he had a big interest in the history of coins – gold and silver. “I fell for the rarity and scarcity of certain coins,” he says.

“I was always looking around as a kid hoping to find that one rare coin like a 1933 double eagle $20 gold piece [valued at $7.5 million] or ancient coins that might have passed through Roman soldiers’ hands. It fascinated me more than anything at that time.”

More than Napa Valley’s majestic vineyards, sports or even cars.

Soon thereafter, Dade became intrigued with the history behind currencies – both the U.S. and in Europe – and the interrelation with precious metals. So it’s no surprise that he emerged as a huge proponent of the red-hot financial area of alternative investments, particularly Professionally Managed Futures, a fascinating yet complex trading strategy that focuses on investments in areas like gold, silver, agricultural commodities, equity indexes, currencies and U.S. government bonds, all of which have the potential to play a powerful role in diversifying portfolios.

Managed Futures has been strategically utilized by wealthy individuals for decades as a way to potentially generate above average returns while also potentially lowering portfolio volatility. 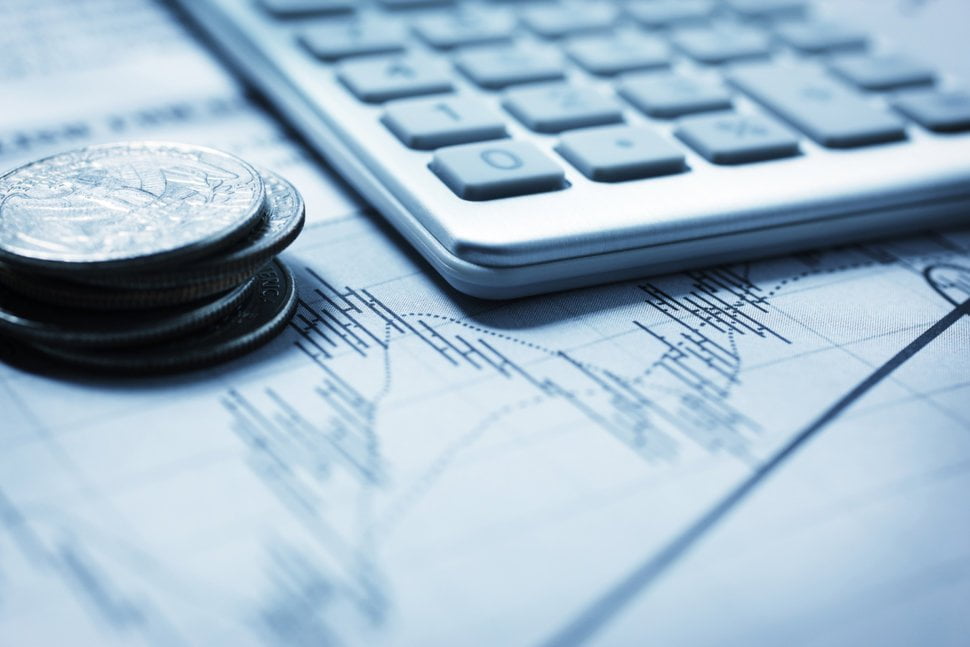 Previously, Managed Futures strategies were only accessible to institutions and wealthy individuals who were qualified to invest in hedge funds or “alternative” managed accounts. Yet, with all the changes in the market and demand for alternative vehicles, professional asset managers know as Commodity Trading Advisors (CTAs) figured out how to package these strategies in a way that allows access for smaller investors as a way to potentially boost their portfolios performance.

“Managed futures strategies are designed to capitalize on either the momentum or the general directional movement of the commodity being traded whether that direction is upward, downward or sideways,” Dade says. “It’s still very much a niche market even though it’s grown dramatically over the last 15 years. Because of that growth, the traditional markets – i.e. stocks and bonds — were pressed to come up with a vehicle similar to managed futures because everywhere the buzzword was alternative investments. That’s why I believe ‘managed alternative funds’ evolved.”

One of the intriguing elements of this investment strategy is that the investment managers are performance-based. If they do not generate returns for their clients, they don’t earn their incentive fee.

“They’re putting their own livelihood on the line,” Dade says. “That’s a real good thing in this investment world we live in. “The way I see it, they have skin in the game and put their money where their mouth is.”

Dade’s focus is the S&P Index. “I like CTA’s who trade the S&P Index because in my opinion it is usually less volatile than most commodities,” he says. “Plus. It’s a well-known and well-understood index and the market is huge and very liquid. That’s a big key for CTA’s – liquidity: The ability to get in and out at the time you want and the price you want. Of course the markets don’t always work the way you want and there is risk involved in any type of investing no matter who’s managing your assets.”

Dade became a believer in alternative investments and managed futures through the works of University of Chicago Professor Dr. Harry Markowitz, who authored Modern Portfolio Theory in 1952. His theories were later bolstered by Nobel Prize award winner Dr. John Lintner of Harvard University. According to Lintner, “the combined portfolios of stocks (and bonds), after including judicious investments in leveraged managed futures accounts, show substantially less risk at every possible level of expected return than portfolios of stocks and bonds alone.”

“It’s very exciting to be part of this sector,” Dade says, “because of its substantiated history, its longevity, and the fact that clients have the potential for decent returns while potentially reducing the volatility of the market.” 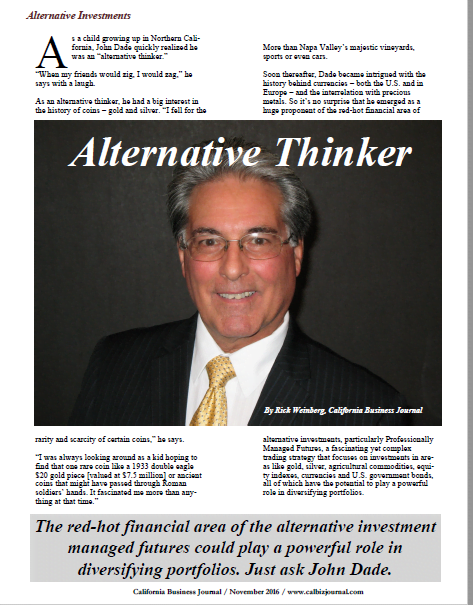 Disclaimer: The opinions expressed are those of Mr. Dade and are not meant to endorse or recommend any investment strategy. Past performance is not necessarily indicative of future results. The risk of loss exists in futures and options trading no matter who is managing your money. Evaluate your financial position before investing in futures or futures options.