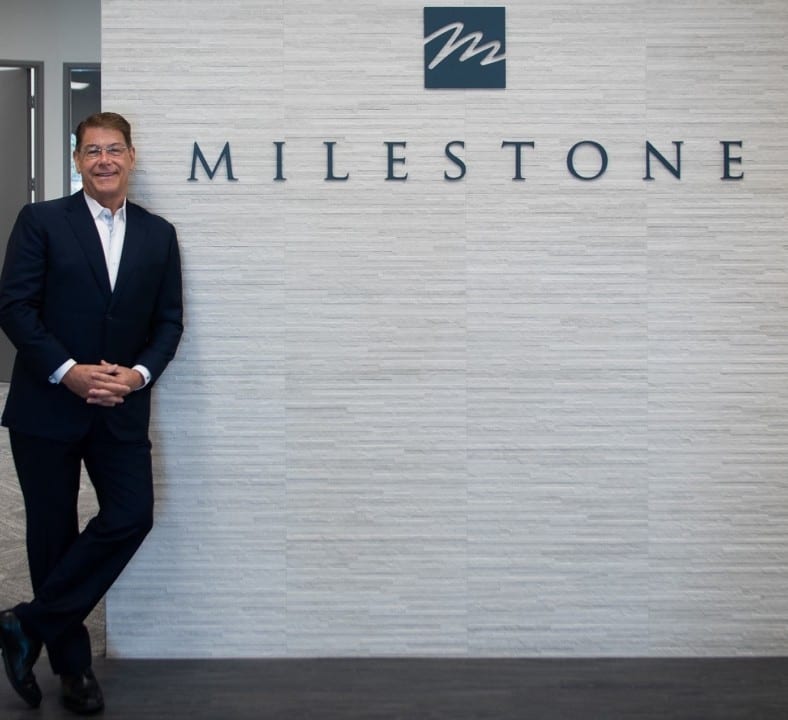 Ron Hoefer was 14 when his father died of a massive heart attack, leaving nothing to his family and a measly $10,000 insurance policy to his business partner.

As Hoefer sees it, his dad, owner of a print shop, failed to properly protect his family, his partner and his employees.

“All were harmed,” he says. “Some never recovered.”

His father’s failure had a profound influence on Hoefer.

“Providing financially for families is an implied promise men make when they marry,” he says. “Because my dad did not keep such a promise, I have made it my business – literally – to help others do so.”

In 1986, Hoefer established Milestone Risk Management and Insurance Services, naming it after what he saw as a milestone in his life.

“I vowed I would make a positive difference for the clients I served. I would help business owners keep the promises they made to their families: to take good care of them financially, no matter the circumstances.” 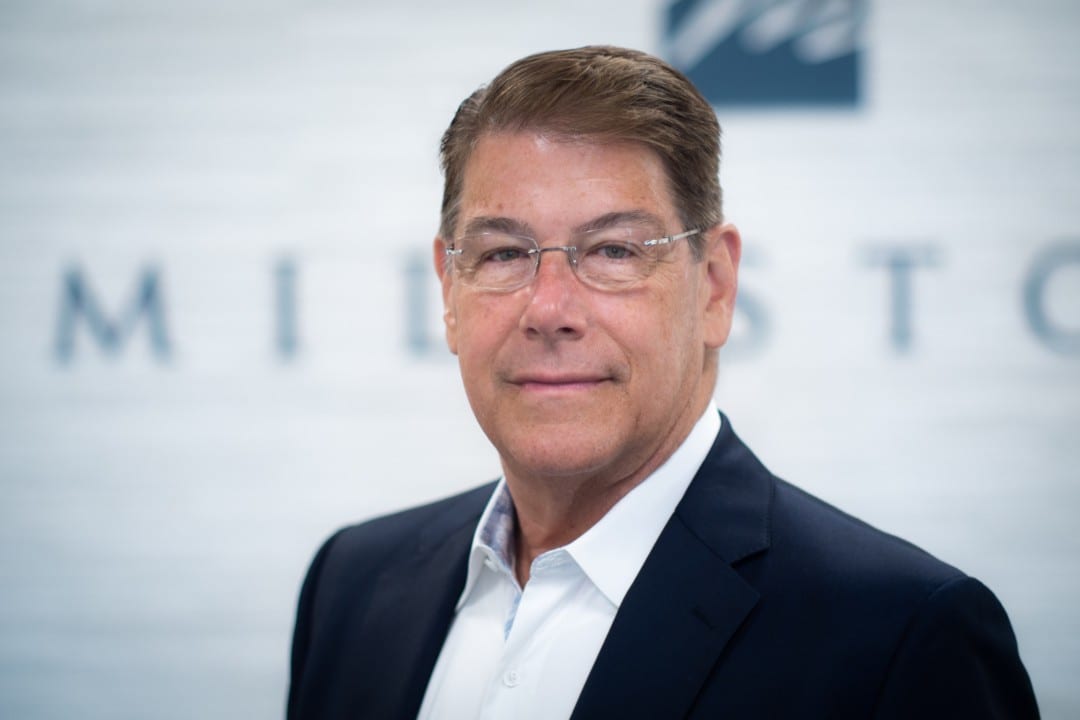 Milestone is a midmarket insurance broker, specializing in companies between $10 million and $200 million in sales. “I represent men and women who did what I did: Got out of college, rolled up my sleeves, started in an industry and grew it significantly.” Founders of such companies face a great deal of risk, Hoefer says. “Their job is to protect the company and its employees, and insure the company’s net worth.”

Hence Milestone’s tagline, “We protect the promises you make.”

In line with that philosophy, Hoefer took an unusual step 23 years ago – he fired all 10 of the company’s brokers. “They were not in alignment with my philosophy,” he explains. He now operates a 10-person company, with everyone in-house. “Every employee here is aligned with what we do,” he says.

“I was considered an absolute lunatic in the industry. Nobody throws a million and a half dollars of revenue – which is basically four million dollars in net worth – out on the street. But I wanted to start over and only handle best-practice companies. I wanted the brand, the model and the culture of milestone to be absolutely seamless.”

Milestone stands out among insurers because its loss ratio is under 15 percent. “The reason carriers love to do business with us is because they trust us,” Hoefer says. What makes Milestone stand out? Milestone reviews everything, from contracts to handbooks and safety manuals. “We manage claims, we integrate HR services and claims management services, and we do educational programs.”

Milestone digs deep. “We go in and ask questions from the bottom up and the top down. We find the vulnerabilities in our clients. We extract from our conversations all the great things they do – and some of the things they don’t even know they’re doing as well as they’re doing because they’re swimming in their own water.” Milestone makes sure those best practices come up in discussions with the carrier – what Milestone calls “showcasing.”

“What we do,” Hoefer says, “is bring in the top dogs of the insurance company” along with the client’s top people, including the CFO and HR director. “The least important people in the room are myself and my team,” he says.

The client talks first, drawing the insurance carrier in with a story. “The founders always have a story – just like I had a story – the struggles that got them to where they are, the things they put in place to make themselves unique and protect themselves from any kind of harm, how they treat their employees, their culture, how they hire.”

Story is key, Hoefer says. “Once they tell their story, they create an emotional attachment with the insurance company.” And that’s how it should be, he says. “Insurance should be a human connection, not a transaction.”

Best of all, when an insurance carrier gets the inside scoop about a potential client, premiums plummet. “Insurance companies, when they don’t understand a client, will conjure up all sorts of things that might possibly happen,” Hoefer says. “But if they sit down with the insured and understand how much protection is being implemented at the client level, they say, ‘You’re a best-practice company, and we’re going to price to your exposure.’ ”

Hoefer has a second love: his annual Milestones in Leadership Summit, originally introduced in 2002. It’s designed for leadership teams looking for ways to improve. “I only wanted people who would come because they had an interest in gaining the skills to run a best-practice company. Their employees are not commodities. Their business partners are important to them. They share my philosophy — and those are the only people I want to insure.”

“I bring one person in – and they do four, 90-minute segments. And then the teams that come do exercises, collaborate, and raise their hands and share ideas with others,” Hoefer explains.

As Fred Ouweleen, CEO of PacMin observes, “The programs are so valuable that each year we bring more of our leadership team. They appreciate the experience, and the investment in their personal growth and development. I can’t wait for the next one!”

Hoefer appreciates the traction the Milestones in Leadership Summit has attained. But he thinks it deserves more. “It’s not getting the respect and attraction that I think it deserves,” he says.

“We’re going to pay more for our speakers. We’re going from a $40,000 budget to an $80,000 or $90,000 budget and get more companies interested in coming.” That includes publicly traded companies, which Milestone doesn’t take on as clients. “We’re going to explore kicking it up a notch and bringing in even bigger speakers.”

His plans call for converting the summit into a 503(c) charitable organization.  “I’d like to make this my legacy, and make it into something that is self-sustaining.” 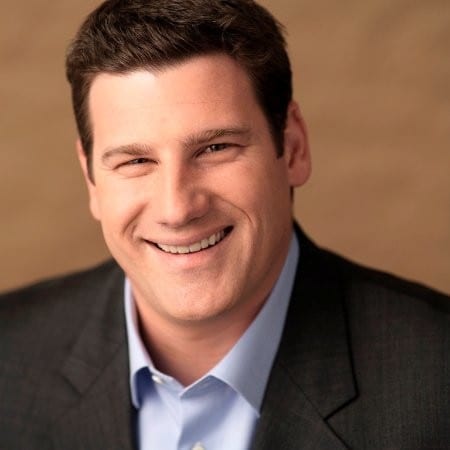 Hoefer has already begun transitioning out of the insurance and risk management business after training his younger son, John, now president of the company.

“John, who had a career in commercial real estate appraisal, came to me 10 years ago and agreed to work at Milestone.  I made it clear that he wouldn’t get any special breaks. ‘You have got to know it from the ground up,’ I told him. “You are not the owner’s son when you come in. You are the lowest-paid. You’re the apprentice. You have to earn the respect of every single employee.’”

Hoefer now spends most of his day out of the office. “What doesn’t work well in transitions is where the old man is still around and sticks his nose in everything. With intention, I stay away and work from my home office a lot,” he says.

Hoefer is well aware that a founder can get a company to a certain level. But he notes that his son is more tech savvy, “and thinking about things that are applicable in the 21st century more than the old founder. I stay out of his way.”

He adds, “It’s so gratifying as a father when every single employee comes in and says, ‘Thank you. Because I know I can retire here now.’ ” 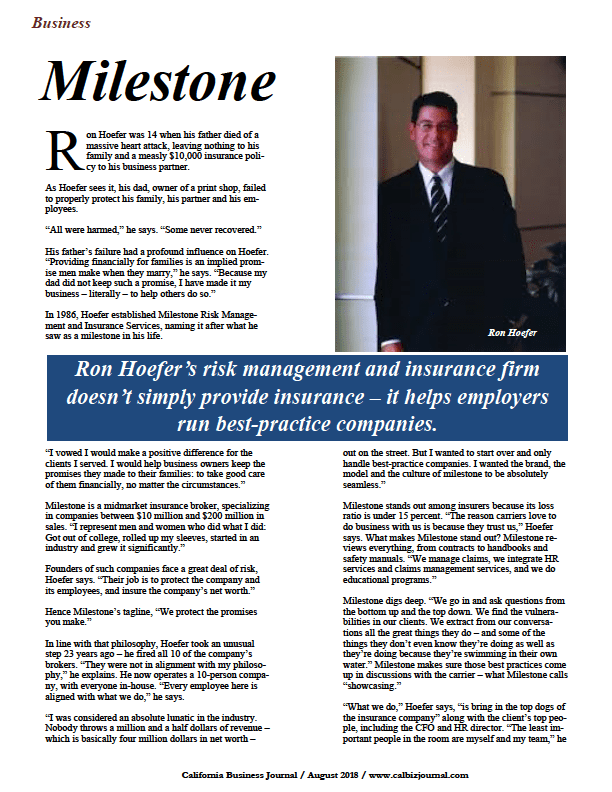 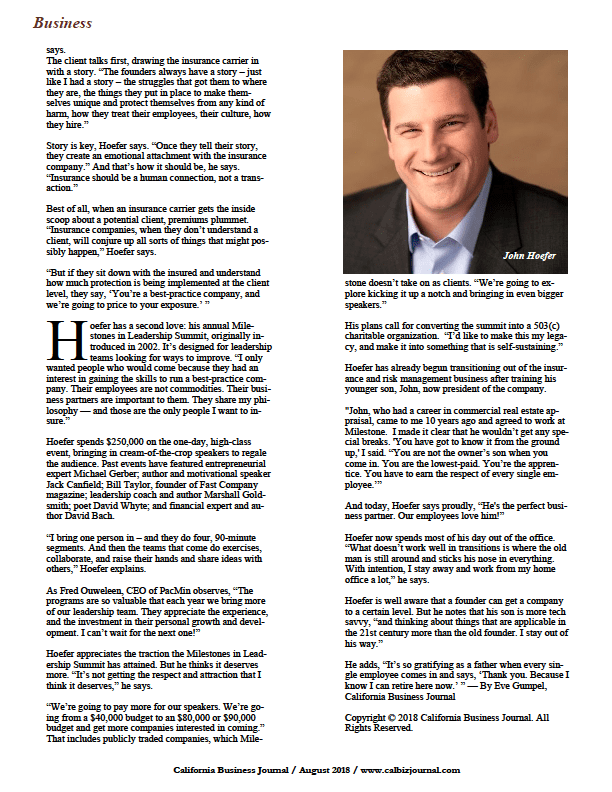