When Dr. David Greene learned that 40 percent of back surgeries fail after two years, he turned to stem cells. The positive impact of it prompted him to launch his own stem cell company. 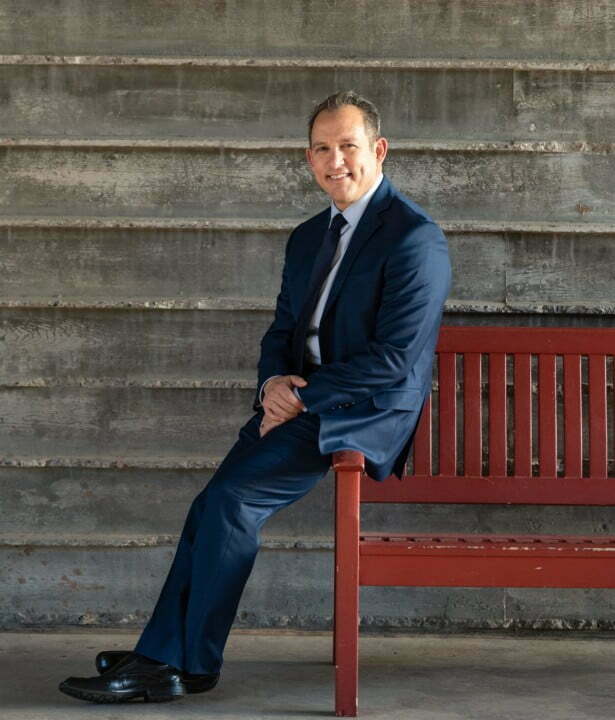 Dr. David Greene knew at the age of 12 that he wanted to help people and that he wanted to do it by being a doctor. So after college, he went to medical school and started down a path of orthopedic surgery. Yet despite impeccable surgeries, the patients coming into his office following their spine surgeries were often still experiencing a great deal of pain and emotional distress.

“People would come in and before surgery they were suicidal. They had to take tons of narcotics, and they couldn’t do many of the activities that they used to, and they were just miserable,” Greene says.

Although elective spine surgeries are relatively safe when compared to more invasive surgeries like gastric bypass, there are still risks. A 2015 study in The Open Orthopaedics Journal found that complications from spine surgery can be as high as 25 percent, and a 2016 study by the Mayo Clinic found that patients who underwent spine surgery had a high risk of postoperative depression.

It was a difficult experience for Greene, who says that 40 percent of back surgeries fail after two years.

“Even if the surgery was technically perfect, like that of a textbook, they’re still not going to do as well,” he says. “So that’s a frustrating thing for any doctor … and when I had patients that didn’t do well, I didn’t handle it very well myself. I couldn’t sleep or eat.”

The experience was eye opening, and he decided to focus his energy on keeping patients out of surgery.

“The focus of my life for the last 13 years has been to help people move away from the need for surgery and to get them the relief that they want, without the downtime, and without the risks,” Greene says. 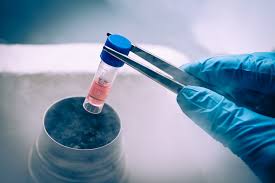 He started by running a pain clinic offering treatments like physical therapy, chiropractic adjustments, and acupuncture. He learned about stem cell therapy (sometimes just called “regenerative therapy”) at the clinic nine years ago when he was approached to participate in a study. They started treating back pain with stem cell therapy and he was impressed with the results. Over 80 percent of the patients reported an improvement, according to Greene.

“It was really gratifying to see those types of results without really any downtime and minimal risk,” he says. “And then I realized that this is a really good option for people on a larger scale. So that’s when I got the idea for making it into a company.”

In 2011, he went back to school to get his MBA, and that’s where he developed R3 Stem Cell.

In the simplest terms, stem cells can morph, regenerate, and signal to other cells that they need to repair themselves. Regenerative therapy can be used to potentially improve many conditions from arthritis to Lyme disease to heart conditions. Stem cells can be harvested either from the patient’s own bone marrow or fat, or from the amniotic sac or umbilical cord of a newborn from a healthy consenting donor who is undergoing a scheduled cesarean section.

Stem cell therapy still has negative connotations for some people, something that Dr. Greene is trying to work around.

“I get asked on a daily basis if we’re using aborted fetuses,” he says. “The answer to that is ‘No.’ No babies are being harmed. That’s unethical and it’s illegal.”

Therapy can be done in-office through an injection, intranasal, nebulizer, or IV. Most patients start feeling relief in anywhere from two days to two months. To date, R3’s nationwide Centers have done almost 11,000 procedures. 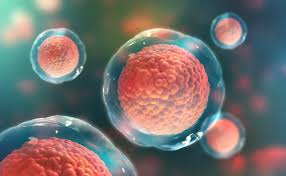 “Dr. Shirazy, the head of the Institute, has this vision of expanding and helping more and more people,” Greene says. “To see what he’s been able to accomplish, and then to help him be able to do that has been really amazing. He’s really smart, a very good technical person, and compassionate as well. He’s the greatest package you could ask for in a doctor.”

As R3 Stem Cell was expanding, Greene “realized it was the perfect time to start giving back.” So he started a charity program called R3 Heroes, in which they offer free treatment to military veterans, first responders and teachers.

“I didn’t personally serve in the military, but I’ve seen my classmates in high school and college who did, and some of them are facing some serious repercussions,” he says.

Zach Kincaid is one of the military veterans benefitting from the new R3 Heroes program. He was born with a rare heart condition called ARVD, which means that his right ventricle is slowly turning into scar tissue, which can be a life-threatening conditioning. He had been saving up for stem cell therapy, one of the only options for treating his heart condition, when his wife was killed by a drunk driver, leaving Kincaid as the sole parent for four children. “My health is really an issue now,” Kincaid says. “I can’t leave them with nobody.”

The team at R3 Stem Cell saw Kincaid’s story on the news and immediately reached out.  He’s been receiving free stem cell therapies and is showing signs of improvement.

With his latest partnership with Advanced Stem Cell Institute and the R3 Heroes Program, Greene feels like he’s actualizing his dreams of helping people.

“I feel like we’re on the cusp of a big change in the paradigm of medicine,” Greene says. “And when you look at what I did as one person, as opposed to what we’re up to now, which is almost 11,000 procedures … it’s just been a game changer for so many patients.” 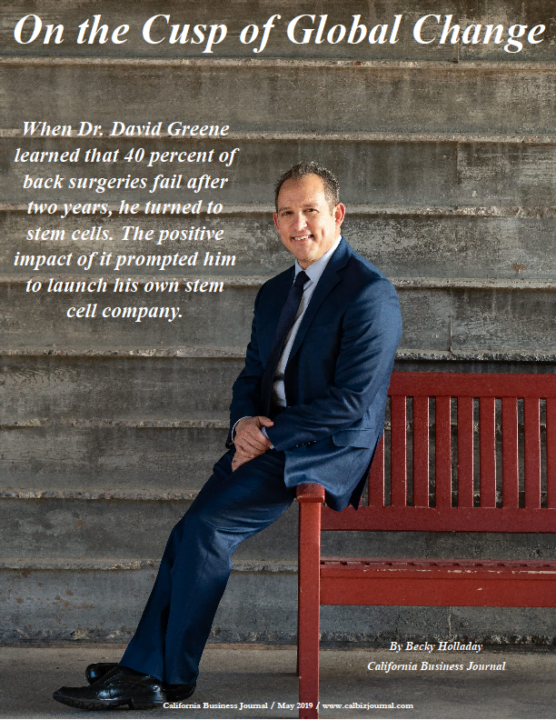 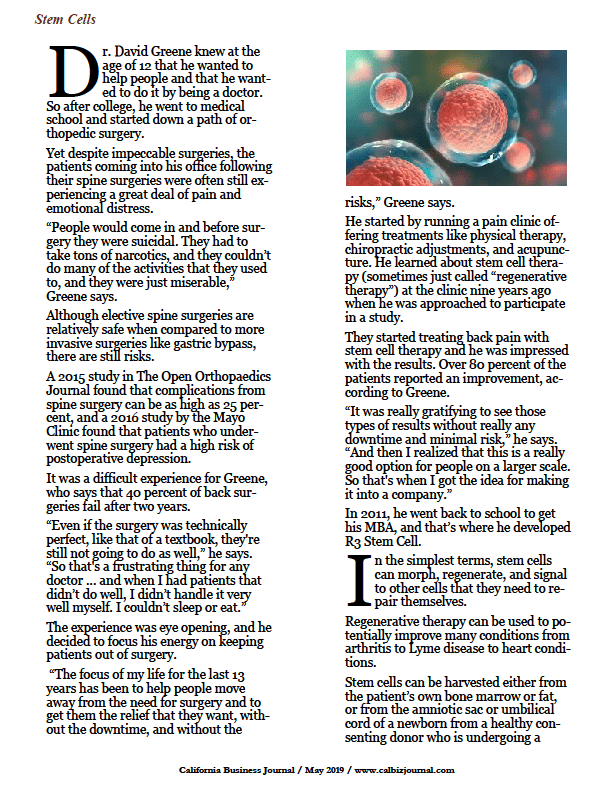 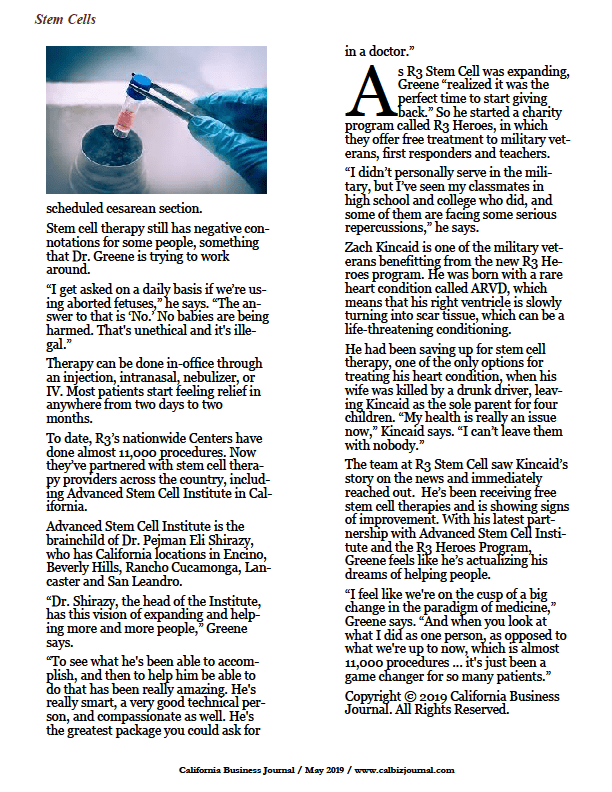 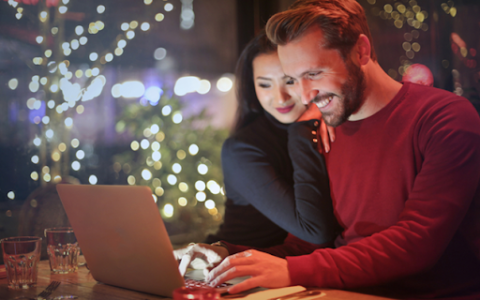 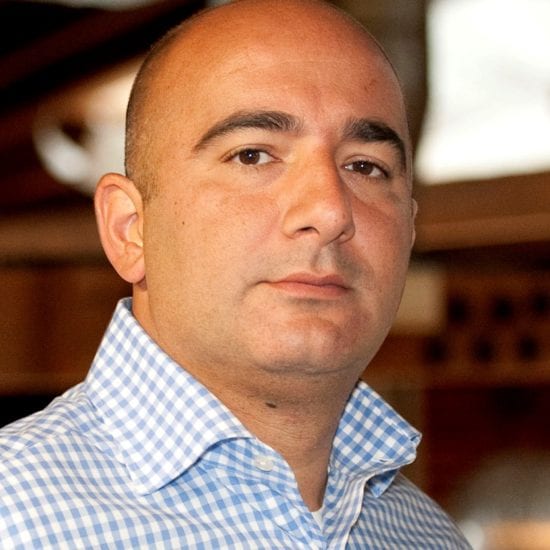 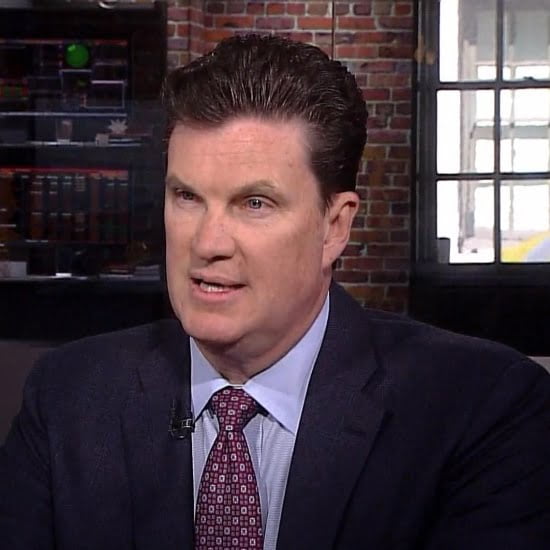 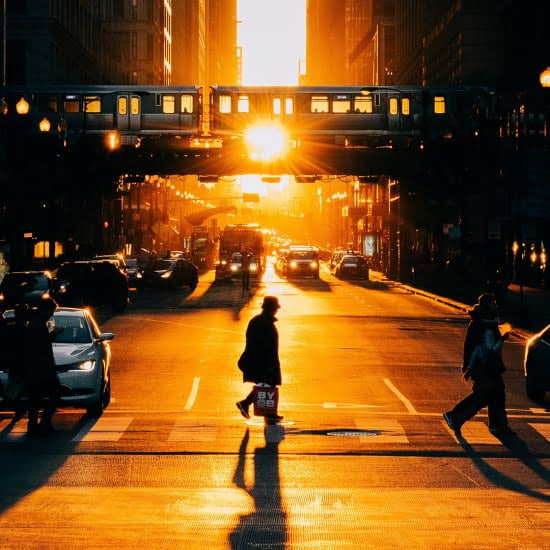 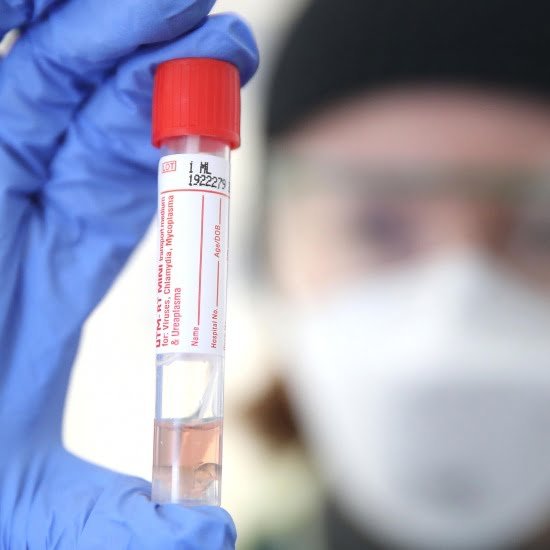 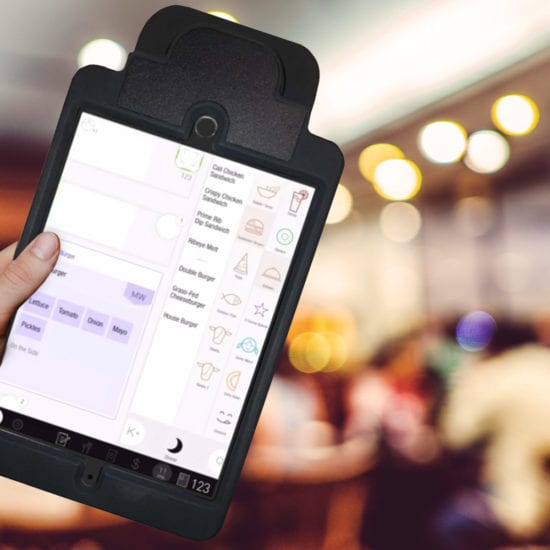 The Ideal Tech Platform to Manage Restaurants in the Post...