The versatility of a Chief Operating Officer is the most critical role of any executive in a company — including the CEO.

“The versatility required of this role is the highest of any of the C-Suite roles that exist, including the CEO,” Shepard says. “If you look at all the other C-level roles, there are specific things they’re assigned to. The COO isn’t that kind of role. They’re responsible for a lot of different things, and mostly they’re responsible for working with all of the leaders in the company and getting those leaders working well together.” 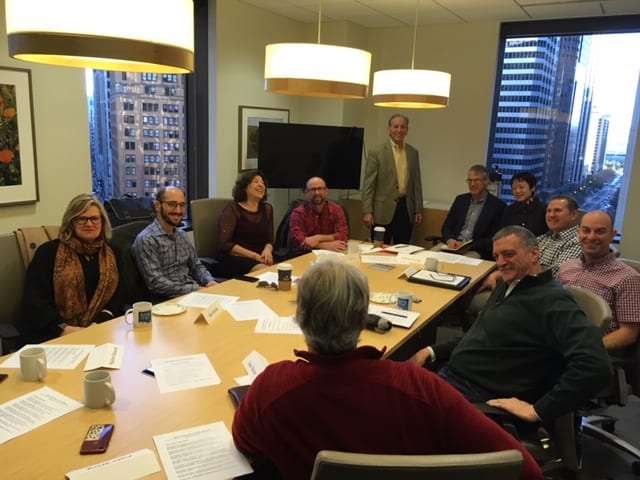 “We hear from COOs all the time who say they have no safe place to go for guidance and support. They can’t always go to their CEO or others on the executive team, not even to their partners or spouses,” Shepard says. “Our peer group becomes a safe place for them to work through the quagmires of the job and be able to go back to their companies refreshed and tackle the challenges of the day.” 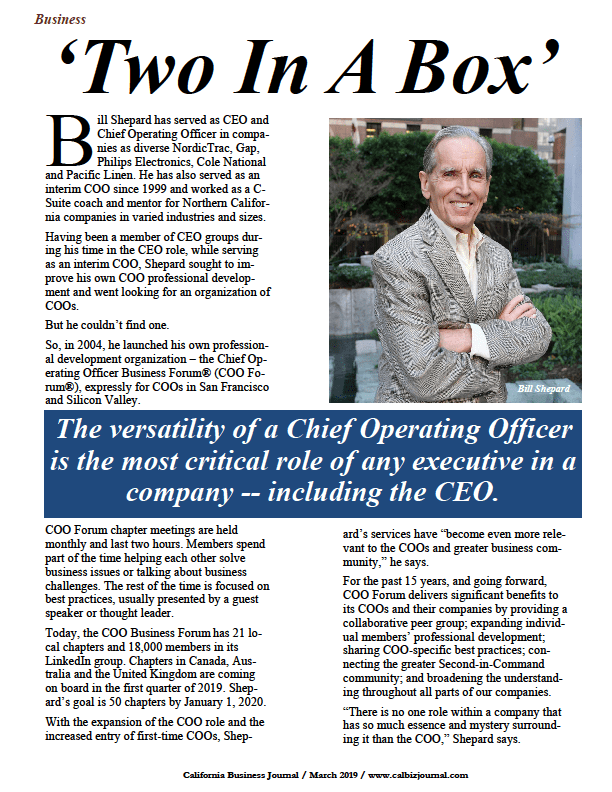 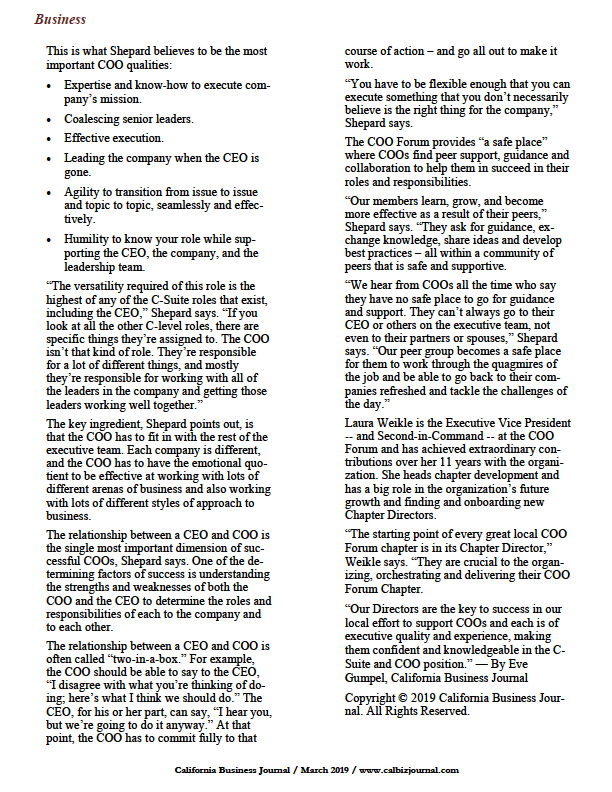