Jennifer Dyer and Kiaran Sim believe that the answer to changing social media conversations is simple: Bring back the voice. 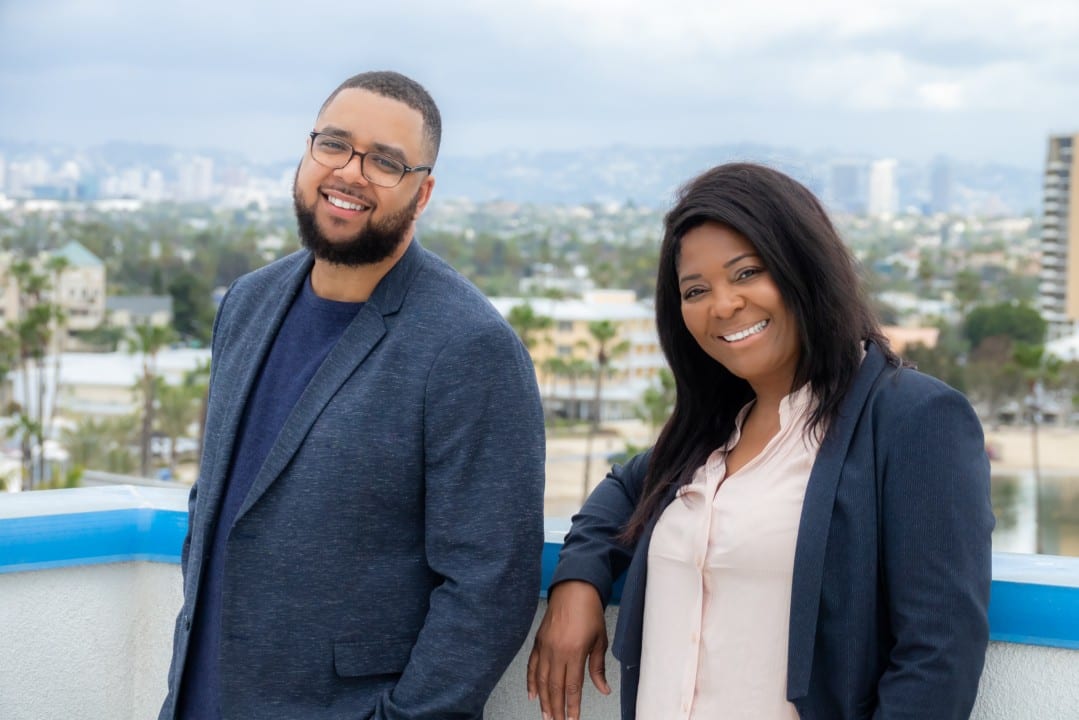 The dialogue boxes on social media can be minefields of imagined slights, implied tones, and snarky retorts, which then quickly spiral outright accusations, sarcastic gifs, and rude emojis before someone finally gets booted and blocked.

In the worst scenarios, users can be harassed, stalked, and trolled.  This can lead to devastating consequences, like in 2018, when 12-year-old Gabriella Green committed suicide after reportedly being bullied online.

“This is the product of our great Facebook and Twitter and Instagram and the way we communicate, via text, and I think it’s actually had a really negative impact on how we communicate,” says Jennifer Dyer, co-founder of the online social media commenting tool, Yappa. “We’ve become lost in translation. We’ve had to create emojis to describe and enhance the way we communicate. It’s become cold, it’s become toxic, and all this miscommunication that people are taking part in, and all this bullying. It’s just really become a cold and disconnected place.” 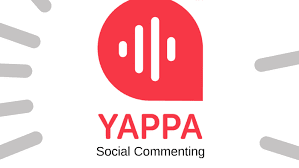 Dyer and her business partner, Kiaran Sim, believe that the answer to changing the landscape of social media conversations is simple. The answer is to bring back the voice.

“If everything is via text, then we lose the ability to connect to the emotion of it,” Sim says. “Our communications have become surface, almost artificial, because you no longer have that emotional connection that you would have from hearing the inflections and the depths of somebody’s voice. You know, ‘I’m ok’ could mean so many different things. You can pick up whether someone is really ok just by hearing their voice, and you can never pick that up from text.”

In 2015, the two tech developers from London created a plug-in called Yappa that would allow users to engage in a comments section by leaving short videos or audio clips. The comments are called “yaps” and users can scroll through the yaps and actually listen to the tone, quality, and cadence of a commenter’s voice.

Before developing Yappa, Dyer and Sim had both worked in media. Dyer was a television host and Sim was a film producer. Both had also come from working-class backgrounds and been raised by parents who sacrificed a lot to provide for them.  Both also felt a responsibility to succeed in life, out of respect for how much their parents had sacrificed for them.  On top of this drive to succeed was a drive to do something good. Dyer’s mother had been a nurse, and Sim’s a teacher.

Dyer’s and Sim’s first venture together was in 2007 when they developed a product called Celebrity FastCard.  It was a video greeting card that could be texted to the recipient’s phone with a custom message from a celebrity. “In a way, we were sending little packages of love and encouragement. It wasn’t just birthday greetings, they were ‘Happy Driving Test,’ and Valentine’s. Some of them were just to say ‘I love you,’’ Dyer says.  “And we saw the impact that had on our end users.”

Despite a deal with the band, One Direction, the venture did not do well, initially. The first iPhone had just come out and although video was rising in popularity, the timing was just off. But the seed had been planted and Dyer and Sim realized how powerful audio and video messaging could be.

“As we were coming to the end of our journey with Celebrity FastCard, we started looking at how we could continue in this field,” Dyer says. “How could we marry the technology to the authenticity?  Well, what do you call authentic? That’s a voice! What if there was an app that had all this persona, had all this content, that you shared with your voice, that you created it with your voice? What would that look like? And that’s how we first came up with the app.”

They were also influenced by some of the popular text-based messaging apps at the time that provided anonymity to their users, thereby decreasing the lack of responsibility on the user, and increasing the likelihood that comments and messages would become harassing. Both Dyer and Sim have younger cousins, nieces, and nephews and the online bullying phenomenom really hit home for them.

“We found the anonymity to be a massive problem,” Sim says, “because kids and young adults shape the way they look at themselves through the eyes of other people, and some of the vitriol, some of the horrible language that was being used, it was just really horrible. And with Yappa you just can’t get away with that irresponsibility.”

There were several versions of the app, and the total development time was 14 months. Today, one of their biggest clients is YBF, (“Young, Black, and Fabulous”) a celebrity gossip news site. All of the comments on YBF’s site are in yaps. A recent story on YBF was about celebrity pastor John Gray and his confession – after months of speculation and rumors – that he was having an “emotional affair.” 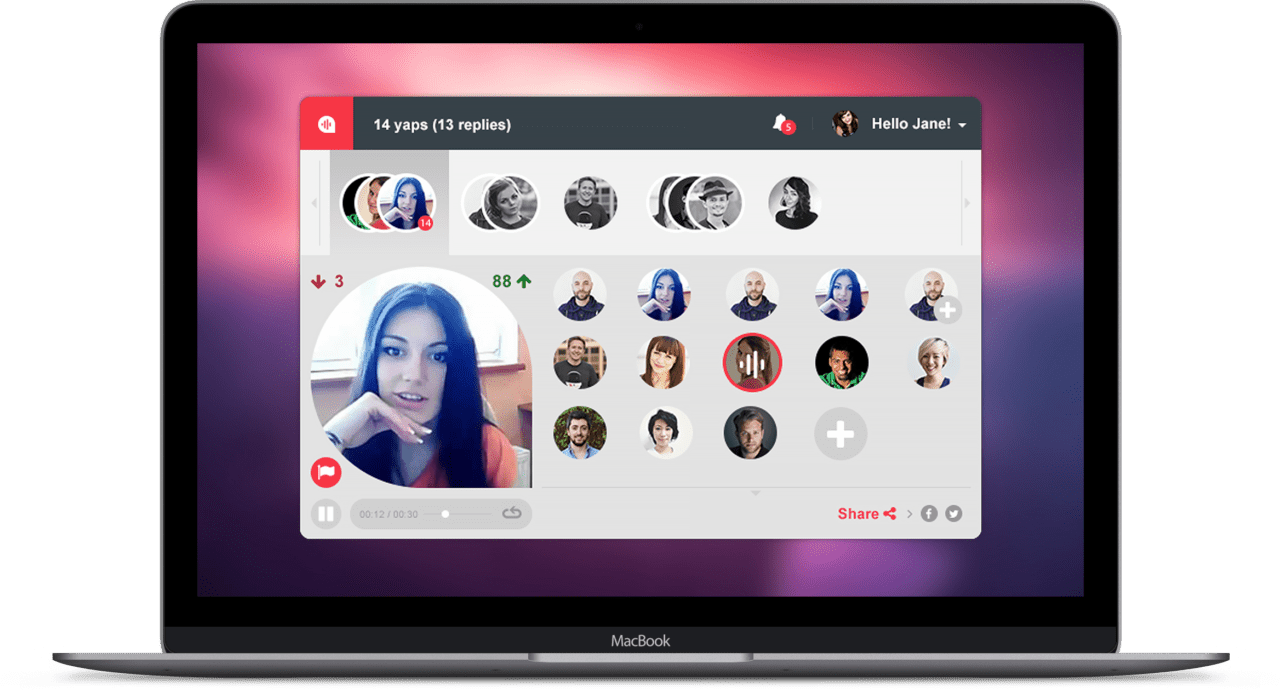 The yaps following the story are all condemning, but surprisingly thoughtful. A young man with the screen name “myglory” leans back in his chair after hitting the record button on his laptop and states his opinion. “I think it’s wrong,” he says, looking straight into the camera. “You’re a Christian man, and how does this make Christianity look?”  He speaks plainly and honestly. There is not any screaming, mockery or sarcasm.  At one point the young man even counsels the pastor, telling him that he’s glad he’s spoken to his wife about the affair. He then advises the pastor to “take this time to learn, and learn from other people’s mistakes.” While all 17 of the yaps commenting on the story condemn the pastor’s behavior, what’s unfolded is a very logical and honest conversation.

“People are using Yappa in a different way than they would use text-based comments,” Sim says. “We find that the contributions to the conversations are much more productive, and more engaging and authentic than troll statements, or even just people who come to talk smack online or whatever. It’s a different type of engagement altogether.”

The data matches the anecdotal evidence. Out of 5,000 comments on YBF’s website, less than 0.25% of the comments were flagged for being inappropriate.

“People are actually debating. They’re actually having backwards and forwards conversations. And why? Because that’s their natural way of doing things: talking, and then listening, and then talking again,” Dyer says. “And the result is a space where people can have a more open, holistic conversation with the world.”

For both Dyer and Sim, it means that they’ve created something that’s having an impact on the world.  They want to see Yappa as the new everyday way people communicate on social media.  They want it to be the new Twitter, the new way to review Amazon products, the new way to interact with customer service, and the way for people who can’t use a keyboard to be able to comment easily.

“We really want Yappa to be the voice for everyone,” Dyer says. “And we want people to go back to the normal way they communicate.” 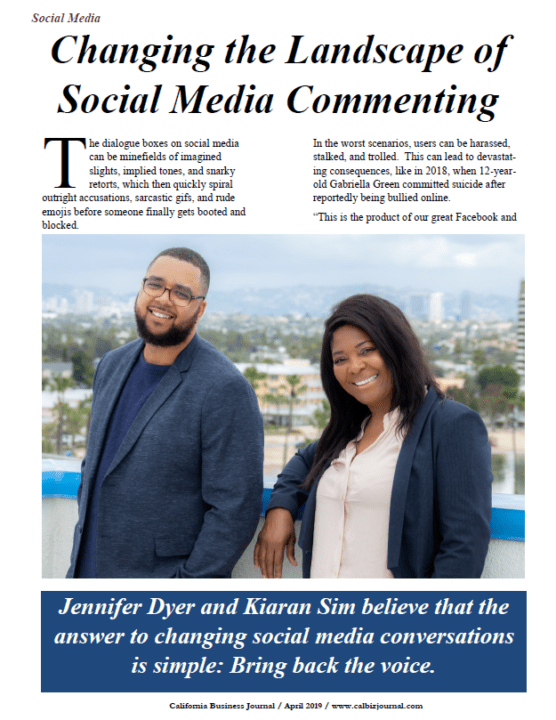 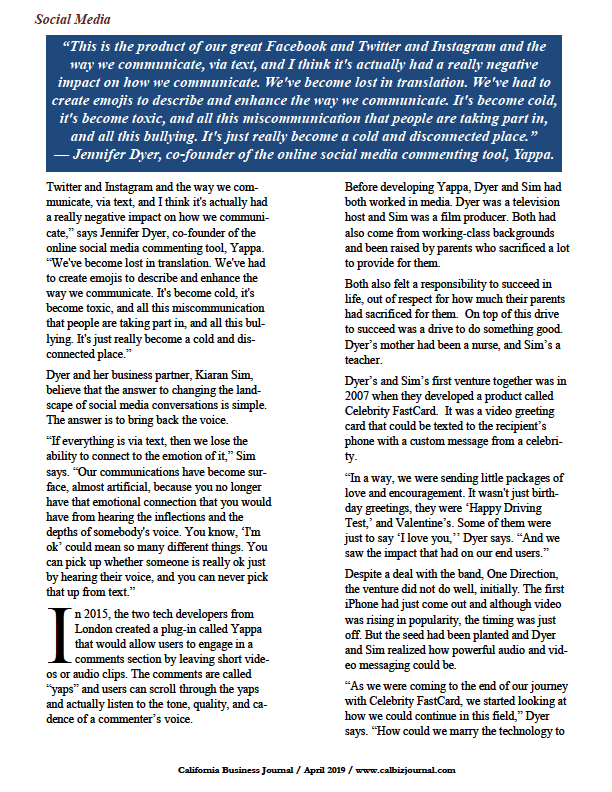 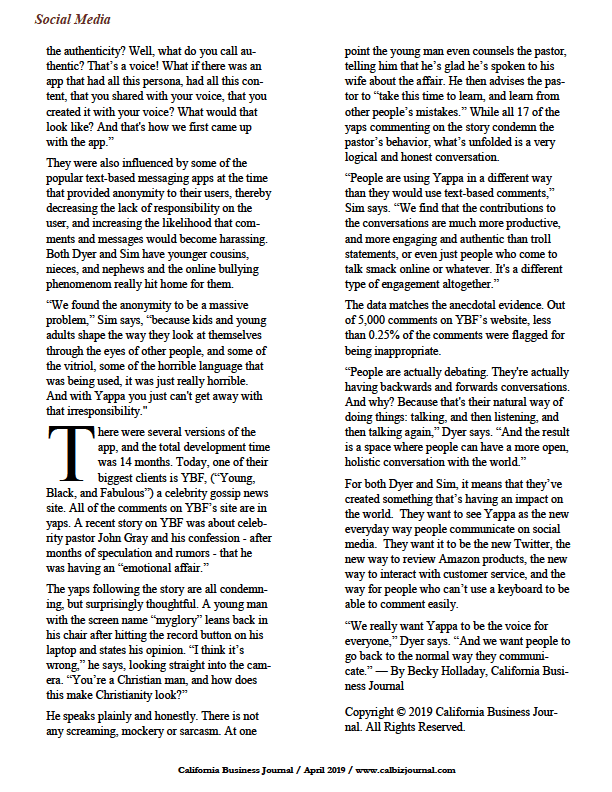 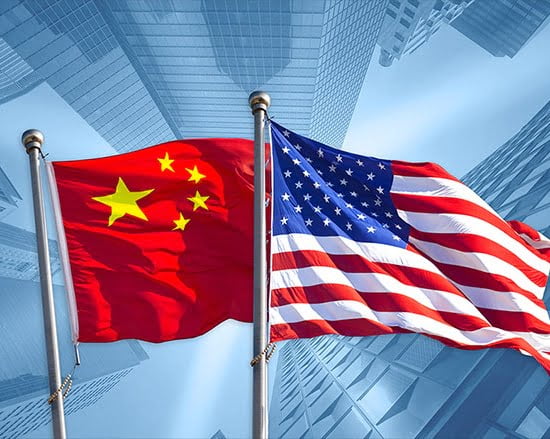 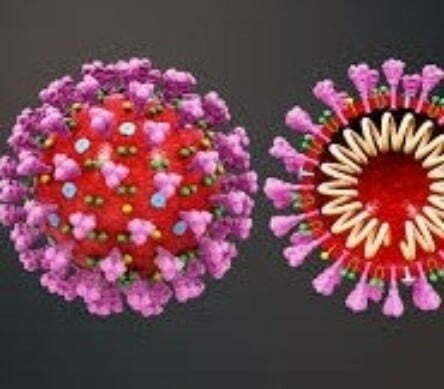 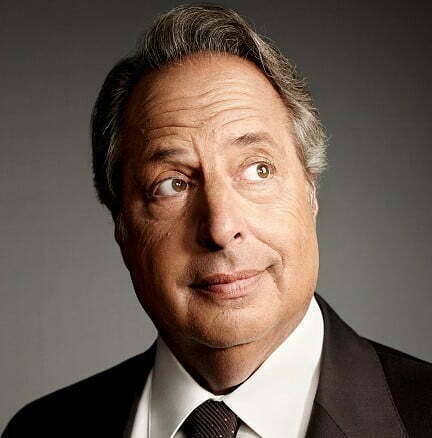 HR Gets Animated: Complementing the creative and cultural approach of...