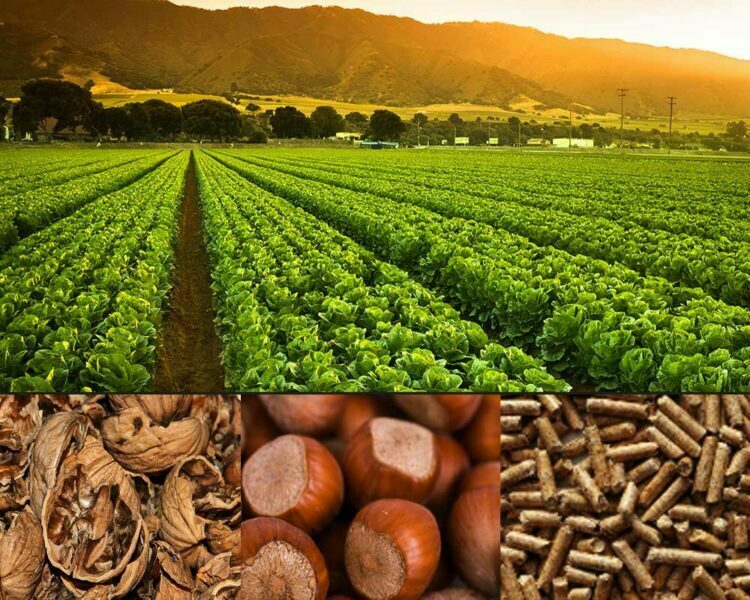 Pistachios are a great source of healthy fats, vitamin B6 and thiamine. Also –– electricity, as it turns out.

Made possible by the cashew relative’s shell waste and California’s “ag country,” VGrid Energy Systems has developed technologies, in the form of a nutshell-charged biochar and mobile gasification systems, that are incontrovertibly carbon negative.

Yes, you read that right. As of August 15, business-to-business auditor Puro.earth, the industry’s first scorekeeper solely focused on carbon removal, certified VGrid as a net-negative company. This means that VGrid’s methodologies actively pull carbon from the atmosphere and store it, one-upping carbon-neutral efforts by taking actions to reverse climate change.

“It’s not enough just to limit the amount of carbon dioxide going into the atmosphere,” says Greg Campbell, the CEO of the Camarillo, Calif.-based company. “We actually have to reduce it.”

He hits on a hard truth –– the majority of “sustainable” companies sell a counterfeit image. So much so, there’s a term for it: in an anonymous poll of nearly 1,500 mid-size companies by Google Cloud, 68% of them admitted to greenwashing.

Companies often undermine self-set net-zero goals by not counting for emissions produced by their supply chains, as found by the team of non-profit organizations and research labs at Net Zero Tracker.

Walmart, for example, aims to reach zero emissions by 2040. Yet, as Time reports, the world’s largest retailer plans to exclude indirect emissions that occur during the value chain –– from supplier waste to those caused by the products it produces –– despite the fact that these emissions make up 95% of the company’s total count.

Even when considering wildly popular green energy alternatives like the solar panels powering 13% of the Golden state, heralded as the wave of the future when introduced to domestic home owners in the 1960s, fabrication of the photovoltaic panels releases caustic chemicals and greenhouse gasses while piling up waste in the form of decommissioned panels, which hold a 30-year lifecycle. The International Renewable Energy Agency projects “large amounts of annual waste” that could total 78 million tons by the year 2050.

This is where companies like VGrid reset the standard on true sustainability.

“Solar and wind are fantastic –– I love it –– but they’re carbon neutral,” Campbell says. “They’re preventing further emission of carbon dioxide, whereas we’re preventing the burning of fossil fuels and stopping the emissions from going back into the atmosphere.”

Act one: carbon sequestration and nutrient restoration through biochar.

Biochar is a porous, charcoal-like substance that results from a process known as pyrolysis, or thermal decomposition of plant matter at high temperatures in an oxygen-limited environment. Its original use was common practice among indigenous cultures including ancient Amazonian natives for soil fertility thanks to its porous structure made up of micron-sized nooks and crannies –– about the thickness in diameter of human hair –– that foster microbes from larger prey as a coral reef would to protect smaller sea life, Campbell explains.

While the biochar-infused soil amendment creates a moisture-locking, microporous sponge that holds six times its weight in water, aiding in water supply conservation, it also sequesters carbon for long-term storage.

For every ton of soil it is added to, VGrid’s biochar sequesters three tons of carbon. Nature Geoscience reports a mean residence time of 2,000 years for carbon chemicals returned to the ground through sequestration. Other studies range this span from decades to millennia.

“We noticed when we put the biochar in the soil, the roots of a plant wrap all around the carbon, like an anchor. There’s a much denser root mass if there’s carbon there than if not,” Campbell says, noting drought resistance. “Whereas conventional farming, chemical fertilizers and pesticides are basically bleaching that soil, which is used for the same crop over and over again. They’re just sucking all the health out of that soil.”

Biochar is multi-faceted. It can act as an absorption layer and as a nutritional additive. It can coat manure pits, blocking harmful methane emissions while enriching the manure with microbial-rich carbon. Composting operations can apply the nitrogen-infused biochar for quicker results. Added to feed, the finely-ground additive, sized in likeness to talcum powder, provides better feed efficiency, growth in the livestock and prevents sickness, Campbell says. It can also be incorporated into bedding or within livestock living quarters to decrease ammonia, absorb moisture and reduce odor to create a healthier environment for animals.

The other component –– act two –– of VGrid’s planet-saving plans, its mobile bioservers, makes use of the waste we already have lying around by converting it into clean energy. This measure is part of a larger endgame: a circular, sustainable economy.

These 25-by-8-foot gasifiers fit on a car trailer, and outdo other green energy sources like solar and wind with their 24/7, on-demand availability that runs independent of weather conditions. They run on two modes, on and off grid. Once the engine is synced to a grid, it can restore energy back onto the grid. If the gasifier is being used somewhere more remote, gasifiers can be jump started by an external propane source.

How they work, in short: biowaste, such as nutshells or dead trees harvested to help prevent wildfires, enter the biomass gasification system powered by a micro-generator to produce low-cost, renewable electricity in addition to high-quality biochar. Broken down further, the process runs in a loop. The gasifier separates a hydrogen synthetic gas from the biomass, which fuels the combustion engine that feeds the generator. The electricity that isn’t stored flows back to the gasifier, serving as both the product and source of the entire cycle.

“What I don’t think a lot of people in the general public really appreciate is just how much dead biomass is laying around, and how much that decomposes and puts carbon dioxide into the atmosphere,” Campbell says, plugging Californian problems into VGrid’s solutions.

For example, Campbell shares that VGrid’s upcoming partnerships with forestry operations can be credited to a lesser-known culprit for widespread wildfires across the West –– bark beetles. Migrating northward from Central America as temperatures rise, the aggressive, tree-killing insects drill into sap-barren woods, already weakened by prolonged droughts, to take refuge and lay eggs. The larvae blockade the tree’s vital systems while feeding off of its inner, living tissue, compromising the tree’s water and nutrient supply.

From the span of 2010 to 2019, these borer beetles caused an estimated 163 million tree deaths, according to the California Forest Pest Council.

Using the “tons” of beetle-kill wood as biomass can result in reimbursed premiums from the state, Campbell says, while also churning out nutrient-restoring biochar and sincerely clean energy with minimum water use.

Although California is a global leader in curbing climate change with its green fleet and waste-diverting initiatives, Campbell says that we can do more.

“One forest fire just drowns out everything we saved from all these electric vehicles,” he says. “We’re slowly becoming more and more conscious of how much waste we all generate, and how to turn that to our advantage.”