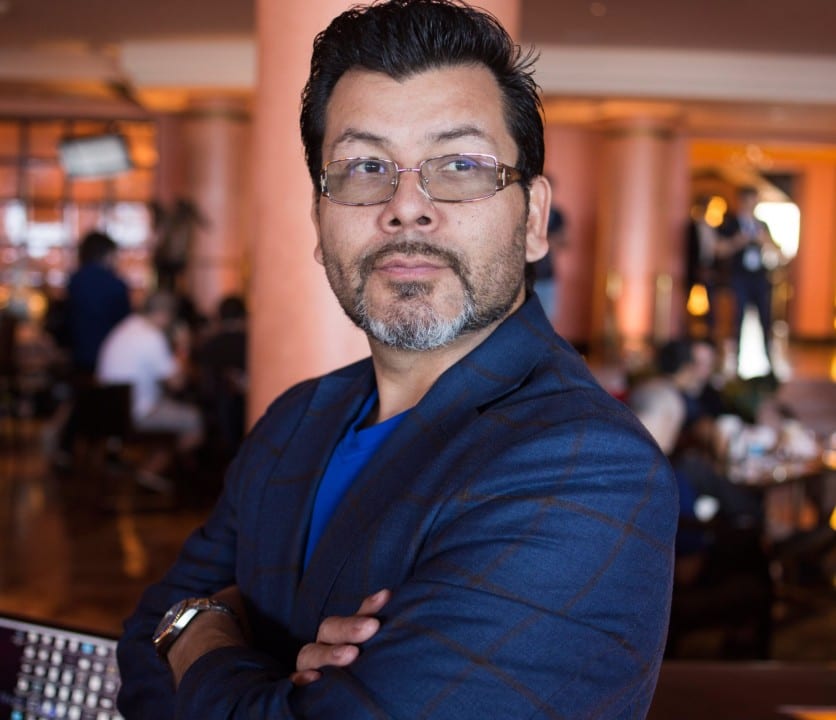 The financial inclusion of the unbanked is the mission for visionary Founder Oscar Garcia, who launched Uulala, a fintech platform that helps consumers meet their financial obligations while becoming creditworthy. The Latino American social entrepreneur expects his concept to lead the way to a revolution in international finance that will improve the opportunities and standard of living of millions.

Imagine a mother and child standing in line for 15 minutes outside of a payday loans storefront to get needed cash. The two then head to Walmart, where they again wait in line for 20 minutes to pay their bills.

Though a daily reality for millions in the U.S. and abroad, the plight of the unbanked may not be top of mind for many entrepreneurs. But Oscar Garcia, founder and CEO of Ontario, California-based Uulala Inc., is focusing on a demographic that few others are looking at: the cash-based majority in the Hispanic American culture.

With a cutting-edge, tech-based solution combining remittance, bill pay, and peer-to-peer money transfer products all in one platform where users financial activities can be tracked to create their credit score, Garcia hopes his brainchild will lead the way in bringing millions of the unbanked into the formal economy, while raising their standard of living to upper-lower class or even lower-middle class. 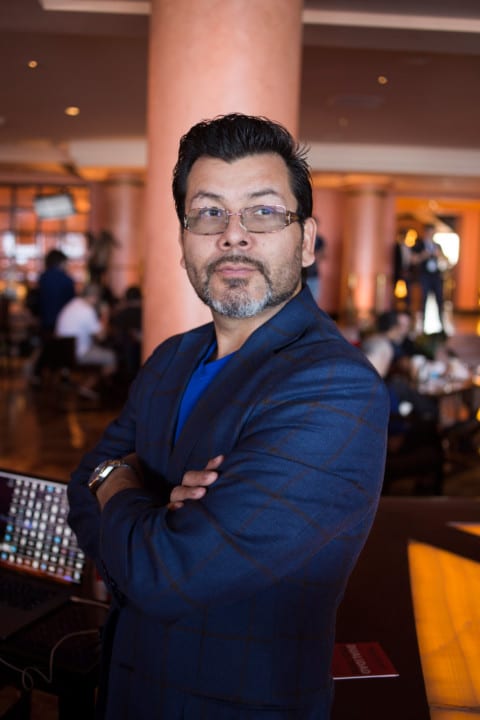 Garcia knows from personal experience that the Hispanic market, which comprises nearly 60 million people in the U.S. and more than 600 million in Latin America, is grossly underserved by traditional banking institutions.

“As a whole, 30% of the global population is unbanked and/or underbanked, but in the Latino community, this percentage is 55% in the U.S. and 70% in Mexico,” Garcia says. “Our goal is to target the Latin community because this community needs this product line the most. We’re concentrating on the Latin culture first and then opening up to other cultures that are also cash-based.”

Opening the door to transformative microcredit loans, Uulala revolutionizes a financial apparatus that is costly and inconvenient for many low-income individuals into one that promotes empowerment and opportunity. “We offer a product requiring the least amount of time and least amount of fees, creating a reward mechanism that allows people to get paid for doing the right financial activity,” he says.

With a cash deposit system, remittance platform, bill payment, microcredit system and ATM card all in one, Uulala provides a unique value-add through a problem-solving fusion solution.

“Where other applications fail to address the need for loading cash into a financial instrument, where people can access it through a Visa or MasterCard, we solved that problem,” Garcia says. “Where other applications do not address how to kickstart a microcredit score, we solved the problem with Uulala by creating the first microcredit marketplace to ever exist. We believe our future is the bridge that the industry needs that they are not paying attention to.”

Reaching out to the unbanked can be a challenge for financial institutions, which must often contend with low levels of personal financial literacy and the barriers of the digital divide. But Garcia is ensuring that Uulala reaches out and makes an impact by connecting with influencers, such as retail outlets, insurance companies and tax preparers, who have daily access to the Hispanic unbanked target market.

“This will give us a clientele that a 30-second commercial or social media campaign just won’t bring us,” he says. “Already, we have connections with 40 entities that touch the customer base. Even one insurance house can touch 500 customers each month. We have access to close to 1,000 of these insurance retail establishments.”

Uulala’s reach will expand further through an upcoming mobile release on platforms such as Google Play and the Appstore.

Though a novel approach to finance, Garcia is confident that established corporations will be able to utilize the data developed through the app to expand credit opportunities. “Because we are using blockchain technology to track these financial offers, we will have a database that is immutable. Every financial institution will be able to count our data to get microcredit loans to this demographic,” he says.

From Olympic Tryout to Fintech Innovator

As Garcia spearheads Uulala, he brings with him more than 20 years of experience in accelerating the growth of technology-related companies, creating a novel mix of technological prowess developed during the evolution of the Digital Age and entrepreneurial innovative acumen.

Garcia’s journey began as a tryout for the U.S. diving team at the Summer Olympics in Barcelona in 1992. Coached by four-time gold medalist Greg Louganis, Garcia high hopes were dashed by a diving accident while trying to qualify for the American team.

“For me it was devastating, because I was a Latino who wanted to represent America,” he says. “After the accident, someone introduced me to a business coach who was worth $4 million. I followed him for five years and he built a company that was the fastest-growing company in Inc 500 for three consecutive years.” 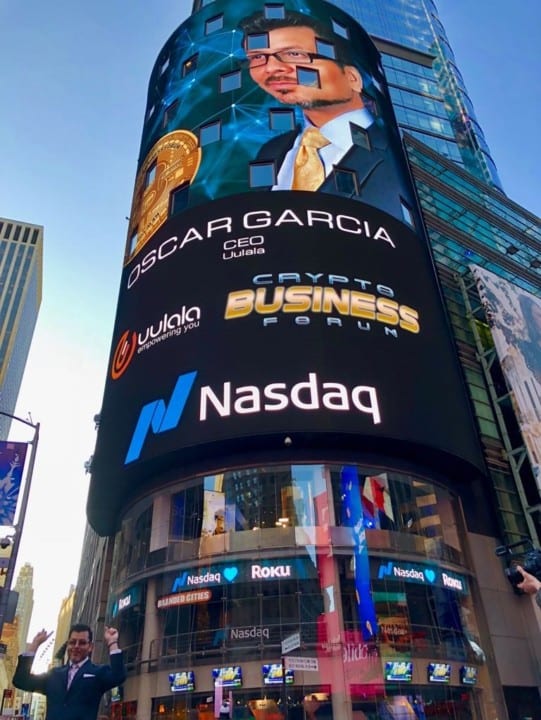 As Garcia gained sales, presentation and profit solution skills, the internet opened unprecedented avenues to innovate. He was soon a self-taught coder, animator and web developer.

“I put my mentor’s business sense into the internet and I helped companies kickstart their websites, direct mail campaigns and marketing companies,” he says. “I did it for so many companies and then I thought, ‘why not create my own company?”’

Garcia was approached by Hector Barreto, the former head of the Small Business Administration under George W. Bush, who connected him with a merchant services visionary seeking to engage the Latin American market. Garcia led the endeavor from a dead start to $60 million in revenue in only nine months.

“I realized what the problems were in finance from throwing myself into the industry and seeing the shortcomings of the offers and how the Latin community was being taken advantage of,” he says. “My vision is that, by impacting millions of Latino lives and proving to financial institutions that people are credit worthy at different levels, we will be able to raise the lowest part of our culture to an upper-lower class or lower-middle class status. A new middle class will be established with changes in financial attitudes and there will be financial literacy for the Latin community. Perhaps we will be able to establish the first global credit system that actually works across borders that rewards people for good activity and doesn’t punish them for going across borders.”

Garcia encourages other Latinos to pursue entrepreneurship that betters their communities. Noting that the Hispanic American market is worth $2.3 trillion, which dwarfs the size of the $1.4 trillion Mexican economy, he believes the Latino market has limitless potential that every business leader should take notice of. Garcia says that having a concept that creates a unique value-add is essential for success.

“For me, it is a value-driven proposition. You cannot go into business and not bring in value. You have to have a concept that benefits customers,” he says. “In business, you run into many obstacles. My favorite quotes are ‘there is no greater revenge than massive success’ and ‘if not you, who? If not this, what? And if not now, when?’ There is no perfection. Walk towards what you want, learn at it as you go and if you have an emotional reason to learn something, you will learn faster than anyone else because you are emotionally tied to gaining that knowledge.”