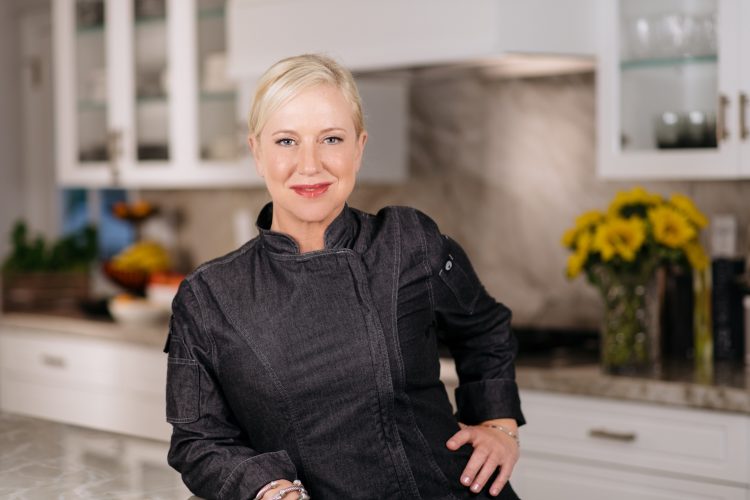 The best part of Nybll Founder Kristen Thibeault’s Million Meals 2020 Initiative is “looking at a child’s eyes and seeing their face when they realize they’re getting the same food as Steph Curry of the Golden State Warriors.”

More than 11 million children in the United States suffer from food insecurity. “That is unacceptable in our country,” says Kristen Thibeault, Founder of Nybll, the fastest growing corporate catering company in the state of California, and The Patra Project, a 501 (c)(3) organization that provides food for at-risk children and their families.

Thibeault was inspired to launch Nybll after realizing how “insane” life is as an Executive Chef. Previously, she was Executive Chef at the Four Seasons in San Francisco, where she opened the first plant-based restaurant inside of a Four Seasons property. With an accomplishment like that, and with the realization that she wanted — and needed — a different lifestyle, Thibeault began researching corporate lunch programs and “I realized it was a niche we could tap into.”

“Google and Amazon have in-house kitchens to feed their employees, but smaller companies hadn’t realized that food was about to become one of the most significant benefits you could offer someone in the workplace,” Thibeault says.

When Thibeault talked about her plans for Nybll, “people were excited because there weren’t a lot of healthy plant-forward options for the workplace.”

Before she knew it, Nybll had secured its first catering gig with the Executive Team for – get this — the San Francisco Giants, and that turned into the first season with the entire team. Shortly thereafter, Nybll began working with the Golden State Warriors and now maintain a kitchen in the new Chase Center where they play. Nybll also counts Netflix and Buzzfeed as clients.

Since its inception, Nybll, which was No. 151 on Inc.’s inaugural ranking of the most successful companies in California, has achieved more than 600% growth from year to year.

In addition to focusing on the growth of Nybll, Thibeault decided to up the ante and focus attention on creating a project that provides for those who don’t have a corporate account, but rather those on the opposite end of the spectrum who don’t always know where their next meal will come from.

“When I saw the enormous amount of waste in the food industry, even more so in catering, I knew there had to be a different way of doing things,” she says.

And all it took was looking right outside the door of her first kitchen in Oakland to see how she could do things differently. “We were surrounded on a daily basis by a lot of sadness and disparity in food inequity. I realized I had this opportunity to make extra food and hold it safely, properly chill it, and package it into family-sized portions.”

That initiated the birth of The Patra Project, which has proven to become of even greater importance amidst COVID-19. Before schools were closed, children could count on the two meals a day provided by the schools. However, school closure means less food security for children at home all day.

“The meals we provide to at-risk families are the same we prepare for our big clients like Buzzfeed, Virgin and Netflix,” says Thibeault, who quickly adds that says her favorite part of The Patra Project has been “looking at a child’s eyes and their face light up when they realize they’re getting the same food that Steph Curry is eating.”

Despite being furloughed, many of Thibeault’s team still show up every day and volunteer their time for the children. “They do it day-in and day-out. They have so much love, pride and hope,” Thibeault says.

As COVID-19 hit hard, it was miraculous that Nybll has survived.  “Our business was comprised of two buckets — one was professional sports teams, at the training facilities and stadiums, and our other bucket was in the workplace,” Thibeault says. “When life and work came to a screeching halt, professional sports was cancelled and companies were sent to work from home. We lost 100% of our business. We had a two-and-a-half-hour-long pity party, then we moved on.”

How did the company move on, exactly? “We looked at what we knew and what we were good at. We went back in time to where we started in Boston in 2012 to when we were providing home delivery of meals for executive businesspeople. Suddenly all of the people that we feed — 6,000 people a day — were all at home. So, what would it look like for us to launch a home delivery service?”

They created a brand extension to offer the same healthy meals at home: Nybll Home. With a new website, a new training program and new clients, “Nybll Home has been a great success,” Thibeault says.

And with this change in production comes even more opportunity to give back with The Patra Project. With every order now made via Nybll Home, one meal is donated to a partner to feed a family. On any given day Nybll is providing over 1,000 meals to families in need, first responders and hospital workers.

“We have four kitchen facilities that can each do 6,000-8,000 meals a day,” Thibeault says. “We’ve been able to get food into people’s hands and keep our team employed.”

Nybll’s focus now is supporting Governor Newsom’s latest initiative with FEMA to feed seniors in need. Her goal is to feed a million people in need by the end of 2021.

“The thing I love most about being a chef is that I have been able to step outside of what most chefs believe life is like,” she says. “So many chefs get stuck in the mindset of long hours, stress, and marginalized prosperity. I love being an outlier and having built a business that no one would have expected from a woman in the food industry and then sharing that with others.”

Amid Hiring Challenges for Employers, Child Care Support Could Sweeten the Deal for Prospective Employees