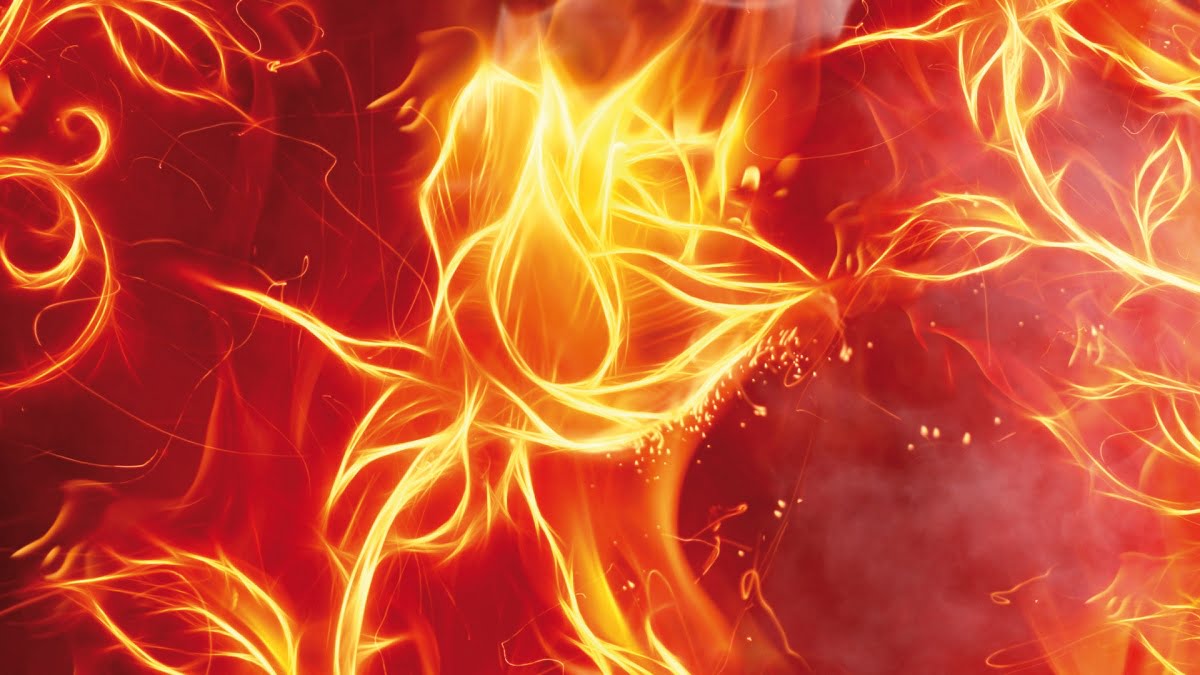 In the global race to reduce reliance on fossil fuels in favor of renewable energies, Sridhar Kasichainula is throwing some serious heat at the competition.

In 2014, Kasichainula (known as “Sri”) founded Fremont-based Nimbus Materials, Inc., for which he serves as CEO.  The years’ since have seen the small but spirited company create and develop the energy industry’s first ultra-thin Thermoelectric Generator (TEG) flexible film.

For a PhD like Kasichainula, the science and lab-testing behind the breakthrough product is a language esoteric.

For the layperson: Nimbus’s nimble innovation harvests energy from heat.

“We are a company generating electricity from heat, and that heat comes from many of the commonly-known sources, even such as your own body,” explains Kasichainula.  “Our flexible membrane, our thin-film (less than 100 microns), we are the first company on the planet to have this thermoelectric product available.  Our film is the same thickness as a piece of paper.”

Traditional technology of this variety is bulky, coming in small 1″x1″ tiles.  By contrast, Nimbus’s thermoelectric film (nimbusmaterials.com) is lightweight, scalable, discreet and takes up a minute amount of space per application.

“With the film, there’s no vibration, no sound – nothing else; you don’t need anything else,” Kasichainula says.

The company has a broadly arcing vision for the product – ranging from massive-scale power generation of industrial waste heat to sourcing energy from one’s body for smaller, personal uses.

“There are many opportunities with the human interface,” Kasichainula continues.  “By simply providing heat from your hand, you can light up an LED.”

While Kasichainula grants that maintaining temperature from human interfacing (creating the heat pump, or, source) has proven a hurdle to overcome, continued progress is seeing smaller scale use of the film coming to a wrist near you.

Among the applications-in-process, Nimbus is well aware of the time.

“We’re currently working with one of the world’s top-three luxury watch companies,” enthuses Kasichainula.  “Customers of this company can’t simply walk into any local store to change the battery, and instead need to send it back to the company.  So, we’re working with them to power their watches through our thermoelectric engine; the thin-film can be placed on the back of the watch, touching the skin, and we can harvest the body’s energy, the heat, to power the watch.”

Eliminating and assuaging use of batteries is among the thin film’s chief benefits.  The smart phone market – a leading culprit of battery use – is also on Nimbus’s radar.

“The phones are becoming, of course, much thinner, even though the battery continues to take up much of the phone’s real estate,” Kasichainula continues.  “And the lithium ion batteries in phones have so much to do with the power, that we’ve seen how they can get very, very hot or even catch on fire.  With our film in phones, we can take that excess heat and actually cool the device.” 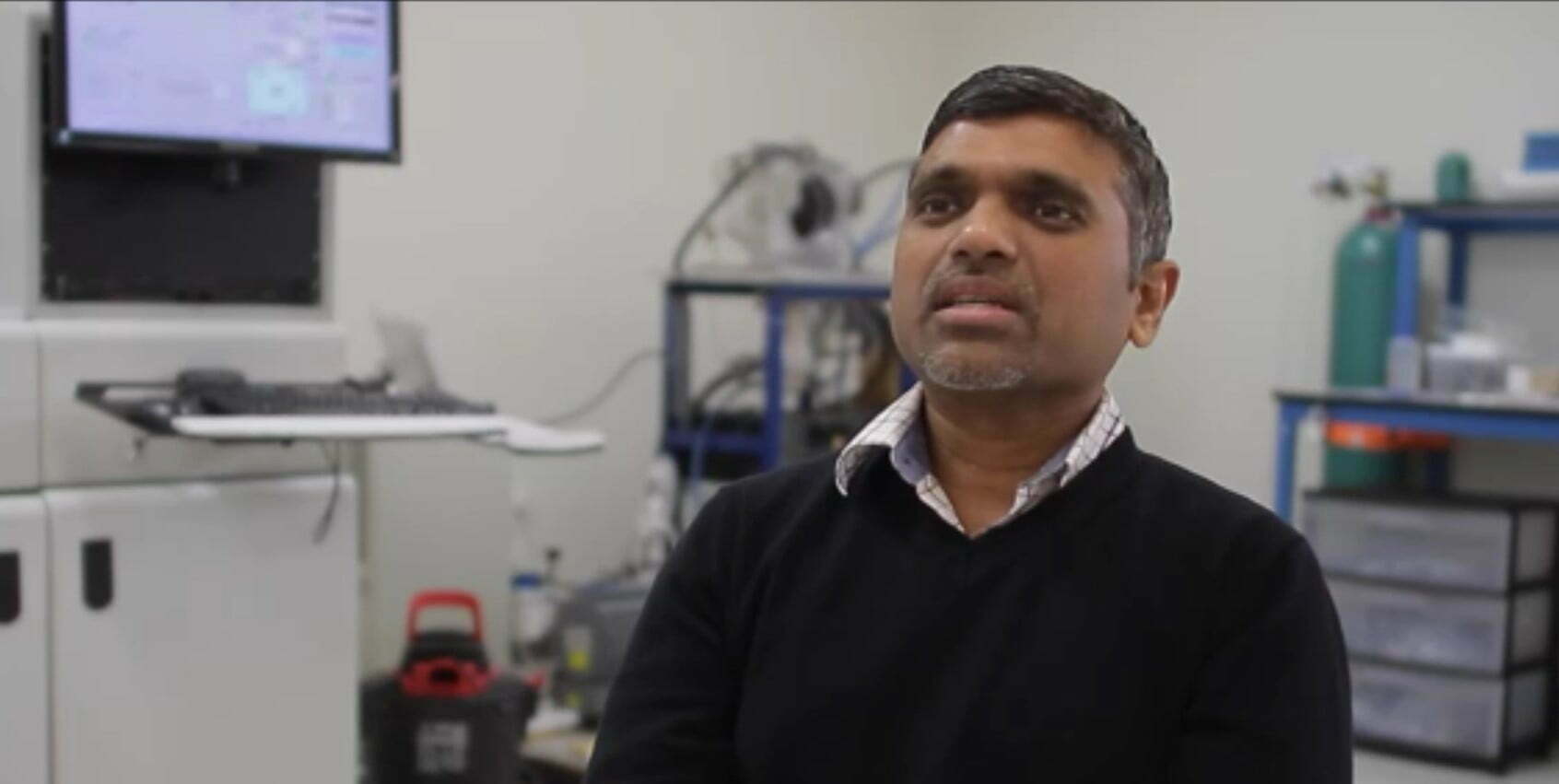 Personal use applications for thermoelectrics extend from harvesting body heat for power to employing the film for energy (and energy savings) on products and uses which narrate lives and lifestyles.  Cars, homes and household appliances are all in Nimbus’s purview.

In the auto industry, the film can be used to heat or cool seats, whereas in one’s residence, thermoelectric innovation can replace Freon in a refrigerator or be applied to “Smart House” technology, producing cleaner and more efficient homes.

“Our film can be wrapped around plumbing pipe to harvest that energy,” examples Kasichainula of a “smart faucet” application.

With ongoing advance of its product, the company’s CEO remains ever-cognizant that thermoelectrics are in a race with other renewable energies for large scale uses.  While the public has an enhanced acceptance of renewable energies as the world nears 2021 and myriad municipalities and energy companies continue to invest in renewables such as wind and solar, Kasichainula knows he need don dual hats – scientist and salesman.

“I think it is a race for renewables,” he says.  “Especially how things are going right now with these crazy times of pandemic, there is an impetus to move more toward cleaner technologies, an enhanced interest to move this needle forward in an effort for a cleaner planet.”

Cleanliness comes with a cost assessment.

“From a pricing vantage, we are just about at parity with both wind and solar.  But we look at our product as very attractive in terms of cost, the dearth of footprint and also the lack of real estate required,” Kasichainula explains.  “Of course, there’s nothing cheaper than wind, except, of course, that wind is not available throughout the day, every day and neither is the sunshine for solar.  And both of these options take a large amount of space and real estate.  And, the windmills are dependent on geography and space, which is not available everywhere.”

Amid the extraordinary days of the global coronavirus pandemic, review of lifestyles has placed enhanced focus on the industry of energy.

“Energy and water and food – these are the life-sources for humanity,” Kasichainula says.  “And the importance of energy can sometimes be under-appreciated.  Perhaps because of the pandemic, we can look closer at how we use energy in our daily lives, and good things will come out of this.  One of the lessons we’re learning, I think, is that this is probably a time to think positive, to use this COVID crisis as an important moment where we can re-focus on how we use energy.”

The moment has seen Nimbus heat-up its efforts to proactively approach, convey and apply the unique benefits of thermoelectrics.

“The tradeoff,” Kasichainula concludes, “is how fast we can bring the technology from proof-of-concept to real applications.  And to achieve that, we have to take our battle to the streets.” 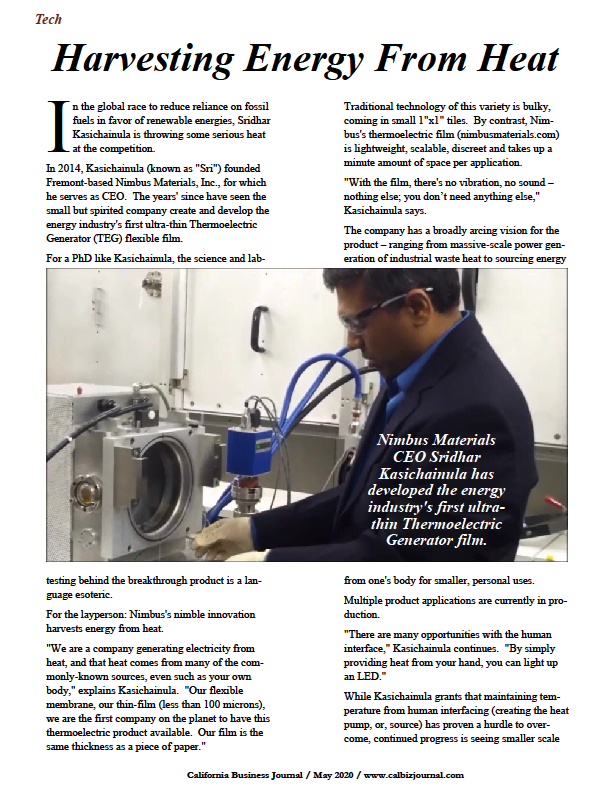 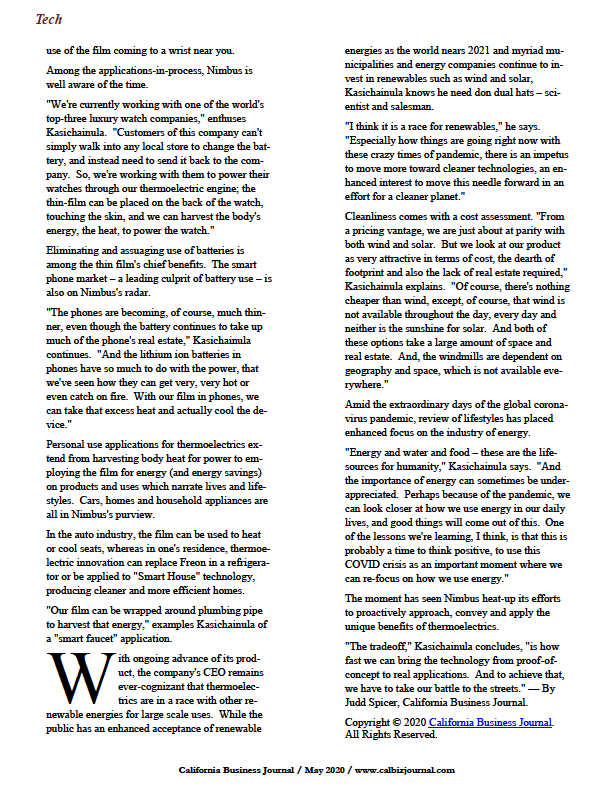 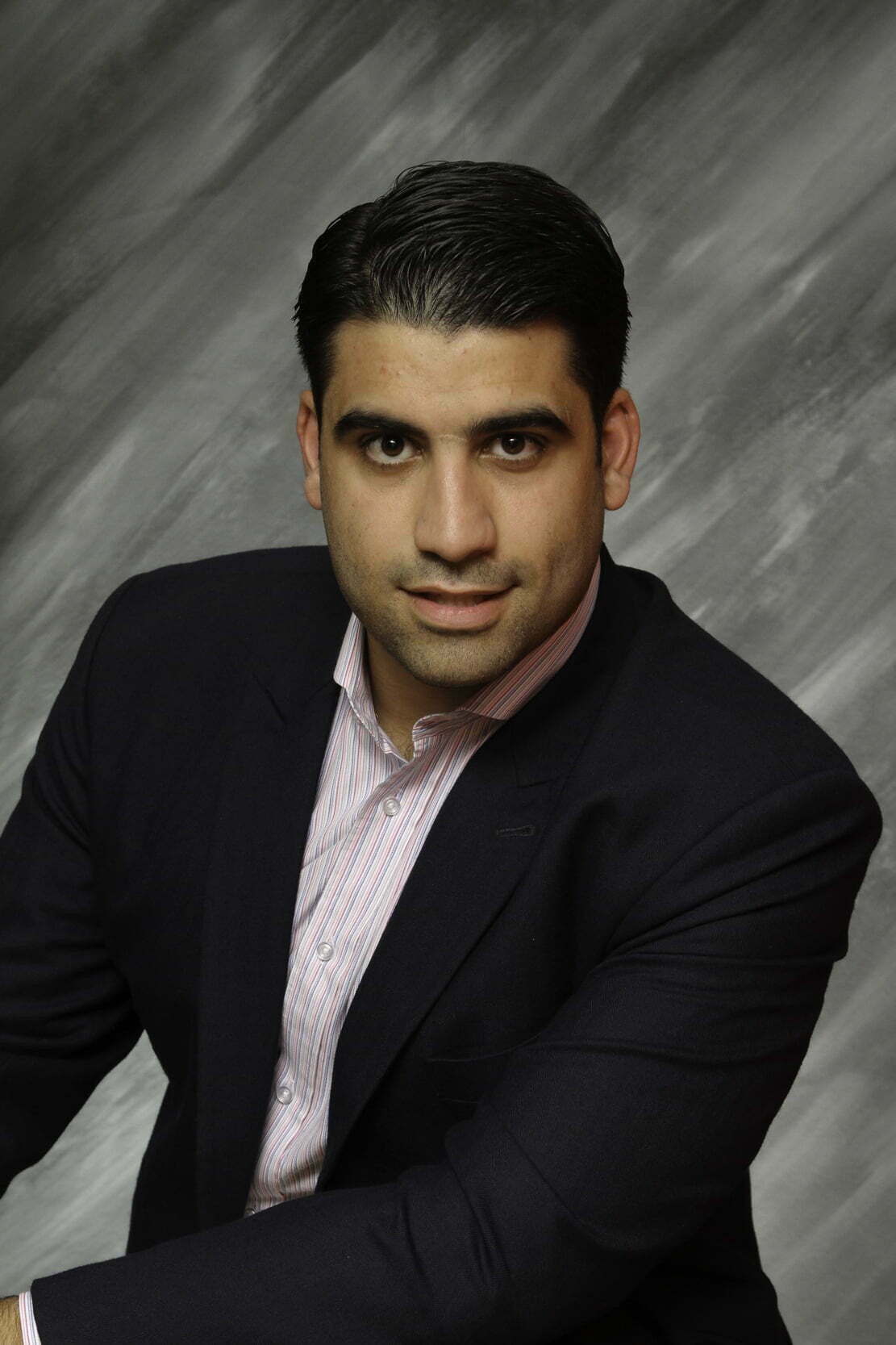