TRAC has created a system to not only identify the best potential Venture Capital investments but it has developed a platform that can help pave the way for the startup’s success.

How do you spot a venture investment “unicorn”? If we knew, we’d all be rich. Like sports talent scouts, there is a certain amalgam of science, intuition and data analysis that the best in the business possess and/or know how to use. But who are the best in the business and what can others learn from them? Is there such a thing as a “fantasy investors league,” where handicappers track the “batting averages” of the power players and up-and-comers until certain standouts achieve “SuperForecaster” status? The answer may be yes.

This sports-parallel language is used by San Francisco-based TRAC, which stands for “Third Round Analytics Capital,” (though TRAC is the preferred name). TRAC is a “quant” or rules-based investment company that uses quantitative analysis to make investment decisions.

The sports analogies aren’t just metaphorical for TRAC as it has literally created a model that echoes the scouting metrics used by professional sports handicappers.

“We don’t consider ourselves venture capitalists, we are data geeks,” says Joseph Aaron, Co-founder of TRAC. “We are a software company which just happens to have a venture-capital business model. If you’ve ever seen the movie ‘Moneyball,’ or read the book, that’s us. We’re the ‘Moneyball’ of venture capital.”

They call them SuperForecasters, inspired by The New York Times bestselling book by Wharton professor Philip Tetlock and Dan Gardner. And these SuperForecasters tend to be concentrated in the technology sector, with 95 percent having 10 or more years of experience working for tech companies and almost two-thirds having founded a technology company, according to Aaron and Campbell. 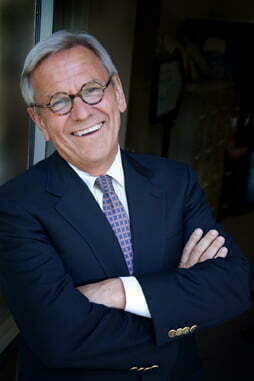 “We don’t consider ourselves venture capitalists, we are data geeks,” says Joseph Aaron, Co-founder of TRAC. “We are a software company which just happens to have a venture-capital business model. If you’ve ever seen the movie ‘Moneyball,’ or read the book, that’s us. We’re the ‘Moneyball’ of venture capital.”

TRAC – which can “spot the next hypergrowth startup within two years of the company’s launch at over 60-percent accuracy,” Aaron says – has a specific formula for deciding who gets the SuperForecaster designation for their purposes.

“We have identified a dozen predictive metrics for analyzing and identifying SuperForecasters, but let us break down two,” Aaron says. “First, is an investor’s batting average (BA). If you liquidated their entire portfolio in a day, what percentage of investments would be profitable? To make SuperForecaster status, you need a BA of .500 or more. The average venture investor bats .250.”

“The next metric is called ‘Return Multiple (RM),’” Campbell says. “Your return rate must be 20 times invested capital. So, if you invested $1 million, the RM needs to be $20 million.”

But what are “unicorns”? According to Investopedia, it is a privately held startup with a value of $1 billion or more. TRAC defines it as a startup that has raised six rounds of capital in six years, with each round being exponentially larger than the previous one, with an average of $243 million raised before becoming a unicorn.

To illustrate the rarity of investing in a unicorn, Aaron and Campbell use Uber and Twitter as examples.

TRAC doesn’t leave the decisioning up to a few data points and gut instinct. It created a proprietary Intelligence Dashboard database that has information on 82,000 investors and more than 60,000 venture-backed companies that have raised more than $1 million during the past 20 years. It is an invaluable tool not just for TRAC but the companies TRAC decides to invest in.

Getting funding from TRAC works differently than the traditional pitch-deck presentations common in early funding rounds. For instance, it “follows” companies via SuperForecasters and begins “TRAC’ing” the company’s data. As soon as the formulas show the startup exceeds TRAC’s minimum thresholds for investment, TRAC has made the decision to invest. All of this is done before the startup is aware that TRAC is tracking it. Once the decision is made, TRAC moves quickly and is ready to infuse capital immediately. 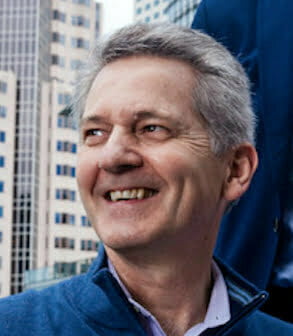 “Our edge over the other VCs is how we use market data and collective intelligence to identify the best early-stage VC investors in the world.” — Fred Campbell, Co-founder of TRAC.

When asked if they feel like Santa Claus when they contact a startup that never pitched to them to let them know they’re ready to invest in their business, Aaron and Campbell say, “Yes, but it’s not just that. When we make the decision to invest, we provide the companies we back with the dashboard that is theirs to use going forward. They gain access to data on every competitor and every potential future investor, which would likely cost a startup $100,000 a year for the data alone. We can analyze competitor growth and determine what variables are contributing to their success. Is it web traffic? Advertising? Earned media? And we can identify different kinds of growth – customer, influencer, investor – to project out over the next few months or years.”

The dashboard also tracks the startup’s “investor group quality” score to determine the overall success of the investors who have backed this company – one of the metrics that is integral to determine which startup to back. With TRAC, startups access the analytics presented in graphs and other visuals that can be leveraged to create pitch decks for their next round of funding.

Additionally, the platform also has a “roster” of every venture investor, the industries and geographic regions where they’ve invested, if they’ve invested in a direct competitor, and other “predictive stats” to create a list of the most target-rich possibilities for a startup’s next round of funding.

It’s also possible to do a cross-check through past affiliations to determine if the startup’s founders and investors have mutual contacts with these future investors for a foot in the door. Again, “this is valuable information it would take a startup substantial time and money to develop,” Aaron says.

Additionally, with the Intelligence Dashboard, the company can start strategizing its next round armed with information they might never have access to otherwise. “The groundwork,” Aaron says, “is laid for them so they can focus on building their business.” 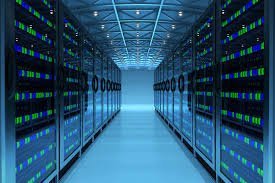