The next time you find yourself sitting inside a popular chain restaurant and your waitress delivers your BBQ Chicken Pizza, consider what she experiences on a daily basis to get that pizza to your table. Based on the numbers, there is a strong chance she is a victim of sexual harassment.

An analysis of sexual harassment charges filed with the U.S. Equal Employment Opportunity Commission from 2005-2015 shows the food service industry is the worst offender in terms of the number of sexual harassment charges filed. Their record is worse than the entertainment industry, worse than retail, and worse than health care. Keep in mind, that data only accounts for reported instances of unwanted sexual advances. As we know, many cases go unreported.

The pervasiveness of sexual harassment in restaurants, particularly fast-food establishments is staggering. A recent survey by Hart Research Associates reports 40 percent of women in the fast-food industry face sexual harassment. Another study by Restaurant Opportunities Centers (ROC) United, a non-profit organization that advocates for restaurant workers, goes a little deeper. It found about 66 percent of women have experienced inappropriate sexual behavior from their management, roughly 80 percent of women said they had been harassed by co-workers and 80 percent said they had been sexually harassed by customers. Considering women make up the majority of workers in food and beverage service (52.9 percent), the survey results are significant.

Instances of sexual harassment in food service are magnified for women who rely on tips. Another ROC United study found almost 90 percent of tipped female restaurant workers experienced sexual harassment in the workplace. Many times, these women feel they must put up with sexual abuse by their customers or managers just to make sure they can take home enough money. Many women fear the repercussions of reporting unwanted sexual advances. In the Hart Research survey, about 20 percent of women said they were retaliated against for reporting sexual harassment. Some women say their managers cut or changed their hours, denied them a raise or outright fired them.

California attorney John Winer says restaurant employees are particularly vulnerable to retaliation after they report sexual harassment because the perpetrator is often their manager and typically controls their hours. These managers are usually young and the restaurants may or may not have a human resource manager in place to protect employees. Winer says that in almost every case he has handled against a chain restaurant, his clients had their hours cut after they reported sexual harassment. 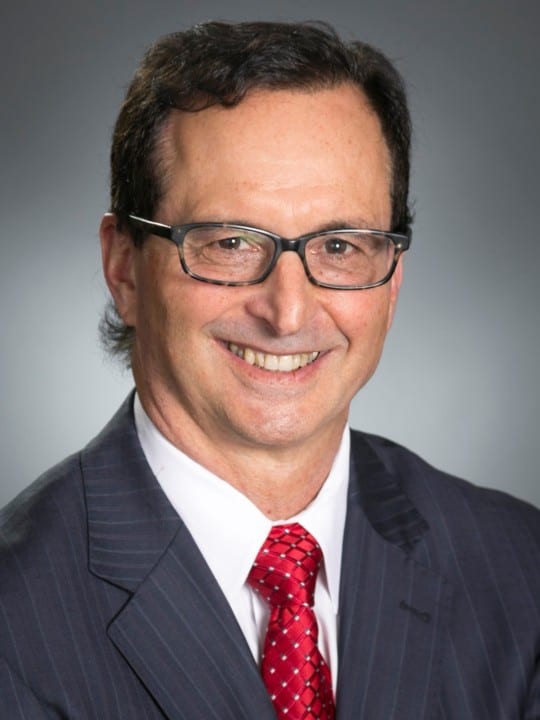 California attorney John Winer says restaurant employees are particularly vulnerable to retaliation after they report sexual harassment because the perpetrator is often their manager and typically controls their hours.

Many chain restaurants are franchised, which magnifies the prevalence of sexual harassment in the industry. According to Winer, companies allow franchisees to operate unsupervised to avoid liability. He says California law basically states that if a corporation doesn’t undertake the control of employees’ performance, then they are free from responsibility for harassment and discrimination. The responsibility falls on franchisees. It can be very difficult for victims to report sexual harassment to franchisees and reach any kind of legal action. Winer says franchisees rarely have human resource professionals and don’t carry insurance to cover sexual harassment. Additionally, many franchisees earn less than 100,000 dollars per year, making it can hard to recover damages. There are some exceptions. Corporations that own multiple franchises often have insurance and more assets to pay judgements.

There is also a lack of consistency in how human resource departments operate across the restaurant industry. Chains that maintain corporate control of their restaurants typically have human resource departments at the corporate level, but they don’t usually have human resource professionals on a local level. Winer says many women don’t feel comfortable reporting harassment to someone they don’t know at the corporate headquarters, often in another state. It’s also important to note that harassment laws differ from state to state. Winer says it is almost impossible for the restaurant chain to know and keep up with the law, which is critical in preventing sexual harassment.

The consequences of the sexual harassment many women are forced to endure have a lasting physical and emotional impact. Women who have reported sexual harassment at their fast-food jobs say they have experienced higher levels of stress and anxiety, difficulty sleeping and depression. A new study in JAMA Internal Medicine studied over 300 women with a range of backgrounds and work histories, and found women who are sexually harassed are more likely to have hypertension, putting them at risk of developing further health problems. The study also found women who are sexually assaulted are three times more likely to develop depression and twice as likely to have anxiety.

There are chain restaurants employing tens of thousands of people throughout the country, and thousands in California alone and more than half of those employees are women. How many wives, mothers and sisters are forced to endure sexual harassment in the workplace because those positions these women occupy largely rely on tips? Many women in those positions say they feel trapped.

Lawsuits against major food establishments are making their way through the court system, but don’t get as much exposure in the media as other high-profile industries. In 2008, a California woman sued California Pizza Kitchen, saying she was sexually harassed by her supervisor at the Palo Alto restaurant. In 2012, a Burger King franchise in Sandy, Oregon settled a lawsuit for $150,000 after a teenager said her married, male supervisor sexually harassed her for almost two years. Just this past September, McDonalds employees in 10 cities across the country went on strike, saying there is a blatant problem with sexual harassment at the fast-food chain and upper-level management isn’t doing enough to stop it. In January, three women who worked at McDonalds spoke with Gretchen Carlson about their experiences with harassment in a new documentary called “Breaking the Silence.” McDonalds, like many other large restaurant chains, has issued multiple statements to news outlets saying it does not tolerate harassment or discrimination of any kind.

While sexual harassment against women is most common in the food industry, men are not exempt. In the same ROC United study, over half of men surveyed said they experienced some form of unwanted sexual advances. In the study, 43 percent of men said they felt pressure for dates from their customers, compared to 20 percent for women. About 16 percent of men surveyed said their managers told them to flirt with guests, compared to 6 percent for female workers. While men face sexual harassment in the workplace, the study found female workers who rely on tips experience sexual harassment at the highest rate.

The faces of the #metoo movement are not just big names in Hollywood, TV personalities or celebrity chefs. The mom in her mid 30’s who has two young kids to feed at home and works as a waitress at the nearby Red Robin could be a victim. The young woman working at In-N-Out trying to put herself through college could be facing sexual harassment. Just over one year into the #metoo movement, these women represent the sometimes-forgotten victims of sexual harassment. California attorney John Winer says restaurant employees are often left on an island, with little chance for redress, while corporations try to avoid liability by franchising restaurants. Many corporations fail to protect their employees with a local, efficient and effective human resources department.

Anyone who is a victim of sexual misconduct of any kind in the workplace can contact John Winer and his law firm Winer, McKenna, Burritt & Tillis, LLP at (510) 255-6638