Salespeople are important, but can they change the world? Nikolaus Kimla says that with the right tools, they can.

All of the Customer Relationship Management platforms in the crowded multi-billion dollar marketplace was the brainchild of individuals inspired to help salespeople, but only one was created with a more noble goal in mind.

What if companies in poverty-stricken regions or cities suffering from political unrest could boost their business using a highly-visual, user-friendly CRM? They could certainly sell more units and satisfy more customers, but what else? Could sales teams create a thriving middle class? Could they stem mass immigrations? Could they bring peace in addition to prosperity?

With the right tools, Pipeliner Founder and CEO Nikolaus Kimla says the possibilities are endless.

Kimla is a lifelong entrepreneur. Of the six companies he started, his first was as a teen in his native Austria. He would later go onto start World Check, which was acquired by Thomas-Reuters in 2011. Pipeliner CRM, his most recent, was made by and for salespeople and now considered a major player in the CRM space. It received Gartner Group’s blessing this past June when they placed Pipeliner in the Magic Quadrant for Sales Force Automation, joining the likes of ZoHo and the biggest of the big CRM’s, Salesforce.

“We are really competing with them,” Kimla says. “We revolutionized things in the enterprise space in the areas of implementation and adoption. And administration can be learned in five hours.” 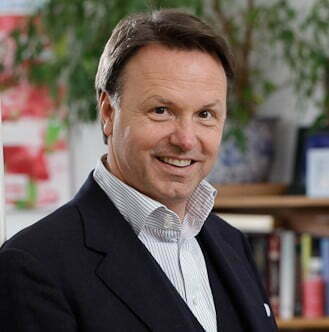 Why are those things important? As both IT admins and sellers can attest, one of the challenges of any platform is that the intended users may not want to use it. If it’s clunky or unreliable, users won’t want to maintain the data, causing management to either force them to use a platform they dislike or burdening their IT departments to select and invest in another CRM. High adoption rates, which Pipeliner prides itself on having, is a sign that sellers like and benefit from the product. With an easy backend that doesn’t require a full-time person to maintain, even the tiniest of IT departments can manage the system with relative ease. The result is a satisfied user from every point of view. “You are totally independent,” Kimla says of users and IT groups.

Independence is good, he says, but on the selling end, education is crucial for success, particular in the Age of the Buyer. “The buyer is extremely informed, thanks to the internet. The seller has to change in the same radical way. They have to be educated.”

Kimla, a salesperson at heart, has penned several dozen e-books on selling and makes them available to Pipeliner’s clientele. He took this one step further by partnering with Daniel Strunk of DePaul University, a prominent creator of college-level sales education material, to create an online course focusing on sales strategy and technology.

“At DePaul, we are already preparing the next generation of sales professionals to optimize the use of technology as part of an overall sales strategy that includes sales methodologies, sales management, and coaching. Companies and existing sales professionals, however, have not had a chance to take a step back and learn how to adapt to a changing world,” Strunk says. “By working with Pipeliner to bring this course to their customers, we are bridging that critical gap.”

Kimla says it’s one step toward a better-trained sales force, something he’s found particularly useful in emerging markets like Africa and Central America. Kimla uses a term he coined himself: salespreneur, a salesperson who takes a risk and ensures that a sale is win-win for both seller and client. If the buyer has a good experience with the seller, he is likely to buy from him again, and recommend him to others.

“Everything has to be win-win,” he says. “because we live in the era of recommendation.”

It’s an easy concept to understand and one he promotes frequently. By bringing CRM into the hearts of struggling communities, Kimla believes that successful selling is the key to reviving them. Most of the lowest income cities lack a middle class altogether. Why wait until a population starts fleeing their homes, when you can help them succeed where they already live? Solve the problem at the core.

Most recently, Kimla has been working in Nigeria, which has untold potential. “I help them, I partner, I give them everything they need. It’s geared around education.”

In war-torn cities, he suggests that salespeople can be “wealth creators and peace producers” that can create a strong middle class. “We need to strengthen local communities. We can stop immigration and help them survive longer. It’s urgent. If we are not going to the core of the problem, then we are digging into dirty ground. You’re not changing anything.”

Through his ardent efforts, Kimla is currently training 700 sales professionals in Nigeria and expects that number to grow.

What’s next for Kimla and Pipeliner? “Every company has customers, so every company needs CRM,” he says. “That’s the future.”

His goal is to have one million salespreneurs around the globe. “I can direct them and influence them to help them become the salespeople that customers want. I strongly believe salespeople have the chance to change the world.” 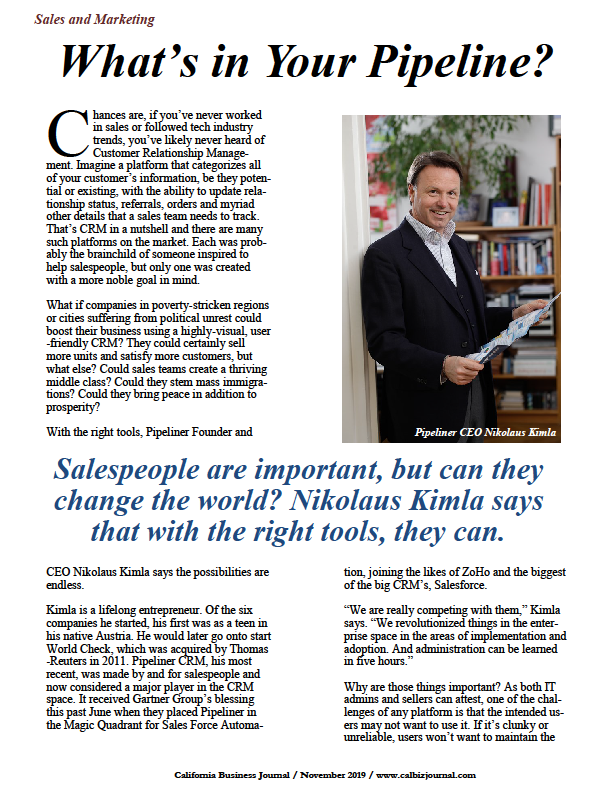 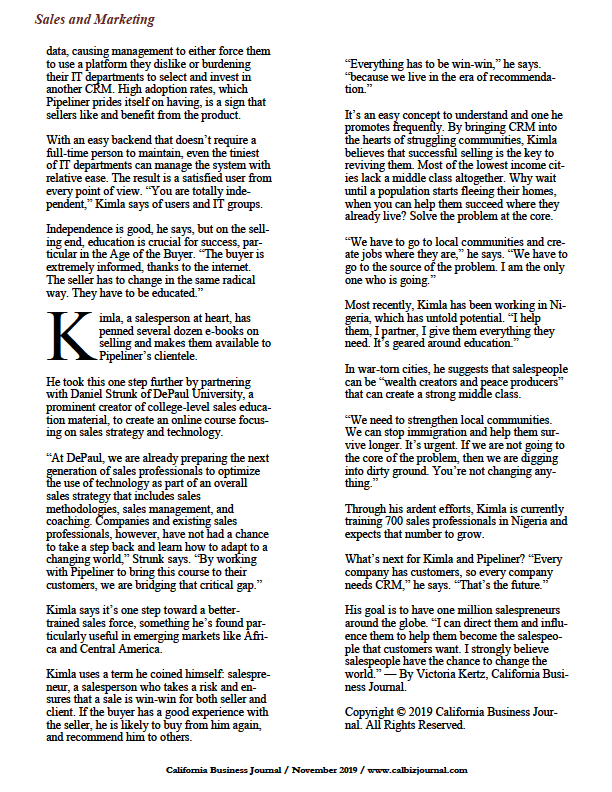 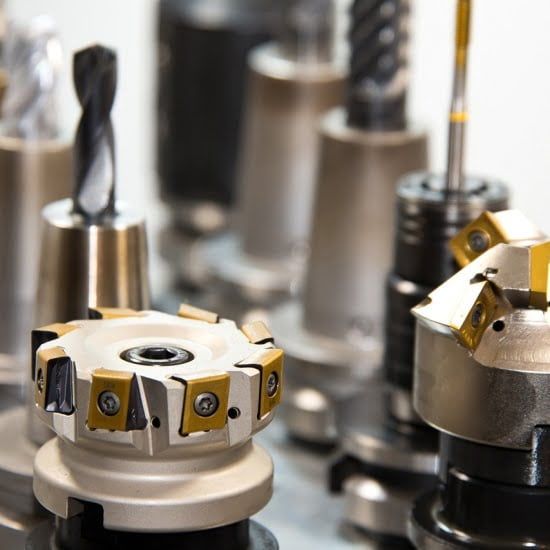 A Quick Lesson on Manufacturing Equipment: Common Tools of the... 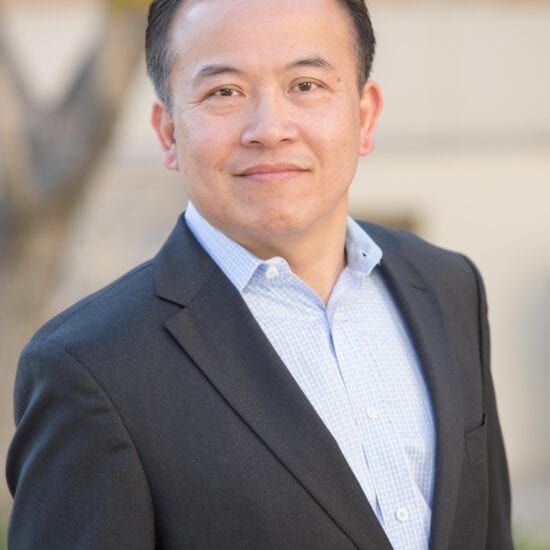 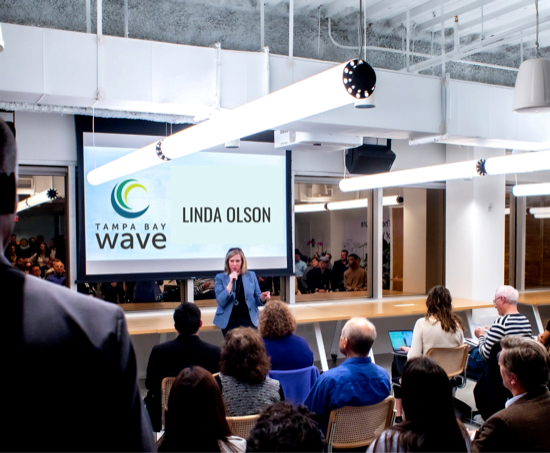 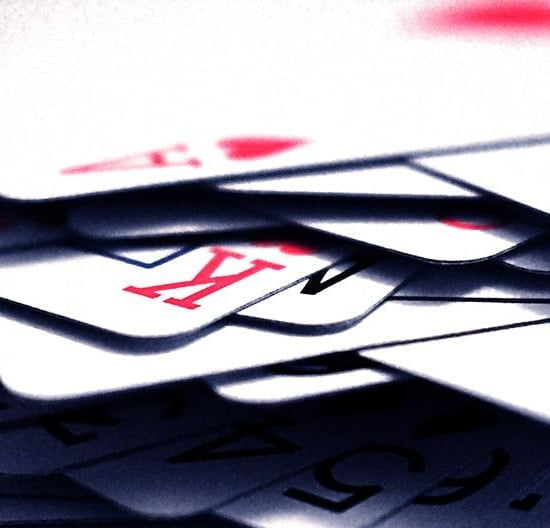 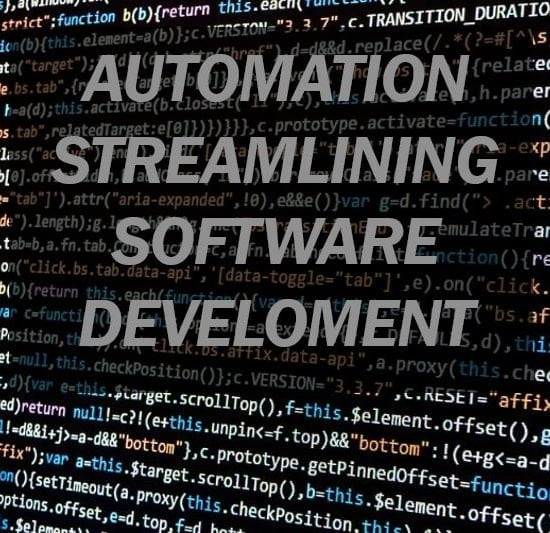 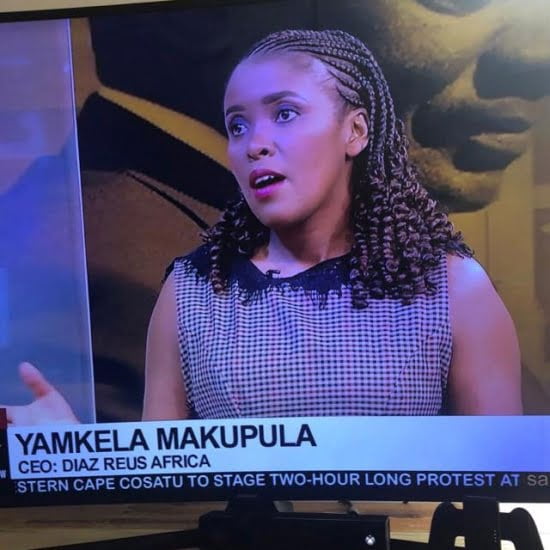