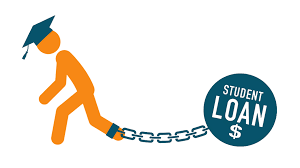 A lot of discussions have been made surrounding this subject of millennials. Be it with spending, the demographic numbers, the saving behavior, marriage, and any other subject which revolves around millennials is relevant in this time and age. The subject has arisen a lot of interest from all quarters of the population. Research has shown that the millennial population across is more than all the other generations. Therefore, suggesting that the millennial population accounts for the most massive pie of the national population. These numbers indicate that whenever you have an audience, the likelihood of more millennial members is higher. This factor thus brings us to conclude that any subject related or which faces this group of the population roughly affects the larger part of the country. Millennial generation stems from generation X and stretches from 1981 to 1996. From this age group, it can be clearly seen that this is the most active portion of the population responsible for nation-building. Therefore, if a question of their debt arises, then it is first traced back to the student loans.

What percentages in student debt are the millennials in?

Millennial graduates and those in school alike think that student debts are a more significant impediment to progress and success, hence, taking them as a harmful but necessary tool to succeed. Figures indicate that about 57% of millennials think student loans are the largest contributor to consumer debts. Furthermore, 45% is the estimated percentage of millennials with student debts. This is a substantive number given that the millennials have the largest population density in comparison to the other generations.

Based on the time of birth and growth of the millennial generation, you can conclude that the economic dynamics are the highest contributors to high student loans witnessed amongst the millennials. For instance, the college fees, including tuition, upkeep, and accommodation for the millennials has hiked by almost 13 units. This percentage increase shows you just how much the millennials have to borrow to sustain them in school. Furthermore, at the height of the great global depression and the 2008/2009 recession saw unemployment rise to an all-time high of 13%. At this time, most of the millennials were either in school or out looking for employment, which was not there since many people were losing jobs and companies shutting down.

Economic uncertainties contributed significantly to the rise in the cost of living; college fees went up. Generally, any commodity in the market suffered a skyrocketing price level. And since jobs were not forthcoming, they were forced to go for higher loans. And, even after economic recovery, the prices of commodities remained at those high levels as the companies tried to restructure, rehire, and reskill the labor force for them to adapt to the already raked economy.

Consequently, even after the recovery, the public sector was forced to make up for state funding by charging more tuition fees, implying that just like the general commodities in the economy, the prices remained hiked in the recovery phase. This was later married with fraud and underhand deals that targeted to leave more money in the hands of the few who controlled the private sector. This situation has seen lower numbers of students enroll for college education as well as unsatisfactory graduation rates hence resulting in more moderate work placement success translating to poor student loan repayment success. This leaves millennials grappling with hefty loan balances, which persist for many years.

The latest financial data has revealed that the debt data for the millennials is somewhat unclear due to limited sources of comparison but is estimated to about half a trillion dollars of gross student dent from close to 1 trillion dollars of total millennial debt. This shows that of the total debt, 50% is contributed by student loans. These figures, when broken down, highlight every millennial to be owing about $35,000 in debt. There have been conflicting figures as to whether the millennial student loans are going down or increasing.

Since most of the millennials have already graduated, it is expected that they are either employed in the public and private service or self-employed. This would then translate to them having family plans which come with owning a home, etc. therefore, since the student loans have lesser rates of interest accruing, it is then safe to take out a mortgage and proceed with plans to develop a family and career. This would then mean that they carry forward student loans. On the other hand, they may be repaying the loan from the proceeds of their employment. Without hard data to ascertain this, then we can conclude that the debt is under control.

Also, while computing the total student loans owing, there is a group of non-completers who begin college and don’t graduate since they drop out midway. This group contains individuals with the highest percentage of defaulters (65%), irrespective of them having lower loan amounts than those who completed. Defaulting in payment is high due to difficulties encountered with getting quality jobs, which allow them to be able to repay their dues in comparison with their counterparts who graduated. This leaves non-completers in a deep financial crisis compared to the rest of the group.

Researchers have disagreed on the extent of the student loans among the millennials and their impact on the economy. While numbers do not lie, and the facts behind those numbers seem to be consistent from one study to another, there are still gaps around how much is owed and whether the debt is reducing overtime. Since this group entered the employment market on a fragile economy and explosive prices of commodities, it wasn’t very easy to cave out like the rest of the groups. And due to their high demographic numbers, it is logical if the volumes of the debts increased overtime.

Furthermore, since this population grew with technology, most of them have found employment in this industry, which is arguably the reason the debts are kept in check. Meanwhile, if you require urgent cash, you can get a fast cash loan with ease. Thank you! 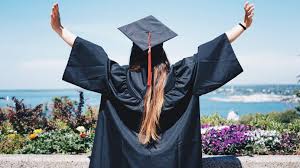 Can You Get a Student Loan Without Your Parents?