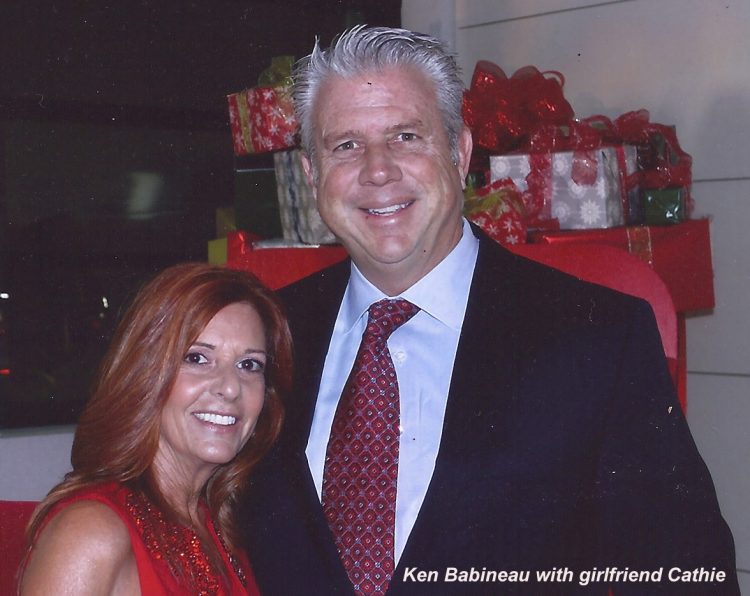 Ken Babineau’s former bosses didn’t think he could cut it in the fierce and competitive automobile industry because he was “too nice.” Little did they know that is exactly why he has been a rousing success in the high-end, luxury vehicle segment of today’s diversified car market. 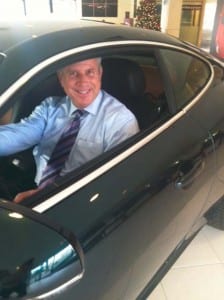 FOLLOWING HIS FIRST WEEK AS AN automobile salesman, Ken Babineau was harshly criticized by his bosses … for being too nice.

“They wanted me to be a little tougher with customers,” he says.

But that’s not his style. That’s not his personality. He is just too nice of a guy. You notice that immediately when you first meet him – and especially when you talk to him.

He throws the stereotypical automobile salesman into the shredder.

Even though the perception of automobile sales people has dramatically shifted – they have become far more sophisticated, educated and technical – Babineau is nevertheless on the other end of the spectrum when it comes to being the “typical automobile sales person.”

The sale is secondary.

He is much like the maitre d’ at a fine restaurant who leads you to a table with a spectacular view of the ocean.

He is that nice, cordial and helpful.

“He is too nice,” says John Hughes, a friend who met Babineau seven years ago. Hughes has purchased several vehicles from Babineau and has recommended him to countless family members, friends and colleagues, who in turn have come to Ken for their vehicle purchase.

“You have to appreciate a guy like Ken,” Hughes says. “As soon as I met him, I liked him and I knew that we’d be buying our car from him. I knew instantly. That’s the aura he has.”

His kind, thoughtful and easy-going demeanor permeates the environment in which he works.

Though he was roundly criticized in the past for being too nice, it certainly has not happened at his current employer, Jaguar Land Rover Anaheim Hills, which is part of the marquee Rusnak Auto Group, universally regarded as one of the most respected auto groups in the world.

When Sven Larson was putting together his new sales team shortly after he became the General Manager of the Anaheim Hills dealership in 2012, he wanted someone with the experience and concern for the customer like Babineau’s.

“He has a ‘customer first’ attitude that is a hallmark of the Rusnak Auto Group,” Larson says. “Customer respect and service is part of our Rusnak DNA and Ken shares the same values in dealing with and handling our customers.

“There is no such thing as being too nice to our customers,” Larson adds with a laugh. “That’s exactly the way we want our sales associates to be.” 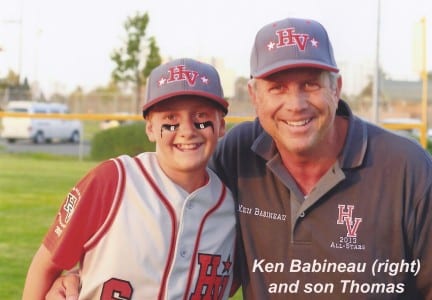 Brought up in Newport Beach, California, Babineau was the typical beach bum and sun lover. He could always be found on the beach or on a surf board, boogie board or boat.

“My dermatologist is thanking me today,” he says with a laugh.

Babineau majored in business at Cal State Fullerton and right after college, he joined Hornblower Yacht Company – naturally, a business on the ocean. He spent four years there – 1987-91 – as Food and Beverage Manager.

Tired of working late nights and weekends and itching for a change, Babineau decided he wanted to switch gears – and switch careers.

But what? Something on the ocean — again? Or on a boat — again?

No. Not this time.

His close friend, Tad Buchoz, worked at McKenna Motors, a dealership that specializes in Porsche, BMW and Audi. He suggested Babineau join him at McKenna.

Babineau pondered what his friend told him and concluded that yes, this might be a good thing. He loved cars and he was extremely personable. Maybe it could work out.

He knew Danny McKenna, the owner of McKenna Motors – Babineau initially met him as a teen when he was a valet at a Newport Beach restaurant.  So he called McKenna, landed an interview – and landed the job.

He sold a car on his very first day.

Then, as quickly as he sold it, the transaction was voided because of a malfunction with the vehicle.

He sold a record 22 vehicles the following month and was declared the new guru of the automobile salesmen guild.

Being too nice wasn’t hampering Babineau – not in the least.

“Selling cars came very easy to me,” he says. “I was very comfortable talking to people and they took to my nature.” 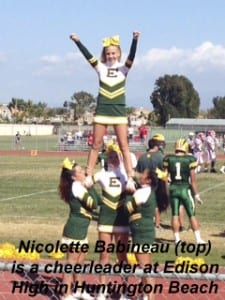 He credits part of his success in the automobile industry to his previous career at Hornblower Yachts.

“I was used to communicating with high-end clientele at Hornblower,” he says. “For me, talking to people is second nature. I was very much at ease doing it. And it carried over into my second career.”

Babineau spent 12 years at McKenna Motors, the last eight as the General Sales Manager. He emerged as one of the most valuable and respected employees at that company.

Because of that, he was in demand.

Beverly Hills Porsche Audi contacted Babineau and off he went to the glitz and glitter of 90210.

“I wanted to see what it’d be like working in Beverly Hills compared to Orange County,” he says.

He loved it – except for the morning and evening trek. It was agony.

“I knew the traffic would be a challenge, but not as much as it was,” he says.

He barely got to see his two children, Nicolette and Thomas, who were 5 and 2 years old at the time.

“I wasn’t sure I wanted to deal with commuting again, but when I learned the worst of the traffic would be going the opposite way, I was more open to it,” Babineau says.

The situation worked out well – Walter’s had a state-of-the-art facility that attracted people from all over the state.

Best of the Best

Several years later, when Babineau heard that the Rusnak Auto Group had purchased the Jaguar Land Rover Anaheim Hills, he decided to contact the organization.

“Rusnak,” he says, “is synonymous with class — the best of the best. I always wanted to be part of that company.”

He soon learned that Larson, an old acquaintance, was the GM. He phoned Larson, who was in the midst of formulating his new sales team.

“It couldn’t have worked out better,” Larson says. “I really enjoyed working with Ken in the past. I knew he was a great automobile guy with a ton of experience and knowledge. I jumped at the opportunity to add him to the team.”

Babineau’s girlfriend Cathie – and Ken’s children – were elated as well that he was back in Orange County and closer to home. 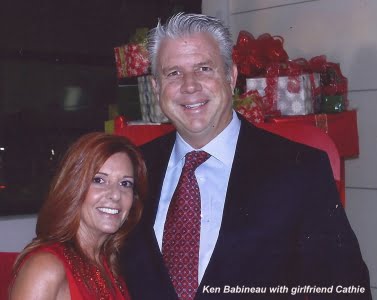 ere was just one issue: the only position Larson had available was heading up the pre-owned vehicle division.

“No problem,” Larson told him. “With your experience, it’ll be easy.”

Babineau took to it immediately … like surfing. Not that it is easy. Far from it. Managing, handling and dealing with everything from A to Z for a marquee Rusnak dealership like Jaguar Land Rover Anaheim Hills is quite a responsibility – and quite a bit of pressure.

“It’s like looking at a piece of art and knowing instantly if it’s an original or a reproduction,” says Khalid Omar, the General Sales Manager at Jaguar Land Rover Anaheim Hills.

“In the blink of an eye, you have to make a decision,” Babineau says.

He relishes the challenge of going to auctions and buying pre-owned vehicles. 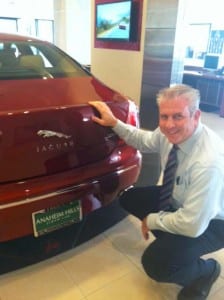 As a manager, you can’t get much better than Babineau. He’s a dream boss because of his easy-going, pleasant personality and managerial skills. He’s understanding, patient, tolerant and sensitive to his staff’s personal and professional needs.

Take it from Nick Locasale, whom Babineau managed at McKenna for 12 years.

“He saw a 21-year-old kid who was full of nonsense,” Locasale says. “But he took a chance on me. My first two weeks, I did not sell anything. The General Manager wanted to fire me. At the time, everything was selling – there wasn’t anyone at the store who wasn’t selling. Except for me.

“But Ken is not a fan of firing someone. He stuck with me.”

By his third month, Locasale started rolling. He became the No. 2 salesman at the store. Over the last decade, he has become the top sales person at the dealership.

“Ken had enough vision to see I’d be successful,” Locasale says. “I owe it to Ken for having the patience to ride it out with me when no one else was willing to do that.”

“The best thing about Ken is that he is the complete package as a manager: he can not only take care of the administrative side, but he can properly structure a deal, working with the salesperson and customer to get the deal done; maximize opportunities, build and maintain relationships, and get the right trades because of those relationships.”

Locasale credits Babineau with changing the course of McKenna Audi’s sales because of his managerial skills, his ability to keep a promise and get things accomplished.

“Thirteen years ago, when Audi finally got its act together for the first time in eons, people were buying them by the boatload, but we didn’t have any vehicles at the store,” Locasale recalls. “None of the dealers in Southern California had any. People were calling by the hundreds to get the cars. But we kept saying, ‘We don’t have any.’ So we [the sales staff] begged Ken to get us the cars.

“He made it simple,” Locasale adds. “He said, ‘If you can sell ‘em, I’ll get ‘em for you.’ We did – and he did. He bought 200-300 of them and we sold them all. That changed the whole direction for McKenna. Once a very small Audi franchise, it is huge now — with one of the biggest showrooms.”

Few people know Babineau as well as Jim Reynolds, an account executive for Audi of America. They’ve been friends and have worked together for 16 years.

“There are a lot of B-level players in our industry,” he says. “Ken is definitely an A-level player. He has great knowledge of the industry and he has great working relationships with everyone because he’s such a good person. He’s very even keel. He is able to see big picture rather than get distracted with minutia. He’s as good as a person can get. He’s one of guys that you want to work with. As a manager, he’s a steady hand at wheel.”

Not bad for someone considered too nice of a guy.

As Larson says, “He’s carved out quite a nice career for himself.”

Click Here To View Video: With less than a second left, see this Wheel of Fortune contestant win a new Audi A4, courtesy of the Rusnak Auto Group.