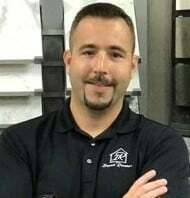 Joe Mueller’s dream of being a teacher evaporated during education layoffs in 2003, forcing him into another profession. Today, his Southern California remodeling company is on a path to generate over $4 million this year.

All Joe Mueller ever wanted, professionally, was to be an English teacher. When he graduated with a Bachelor’s Degree in English from Cal State Fullerton, and landed his first teaching position, he couldn’t have been happier.

But circumstances change in life. The economic crash reduced enrollment at the private school and soon, as months and months passed, he was on the outside looking in at what he felt should have been a notable career in education.

Throughout his journey, Mueller was always working side construction jobs – and he was exceptional at it. No surprise since he had been surrounded by the craft for his entire life, having come from a large family of tradesmen and carpenters.

“I always looked at construction as a hobby – something I can do until I got my next real career job in teaching,” he says.

Yet as the education opportunities dwindled and ultimately dried up, he became quite disenchanted. Even a little depressed.

“My calling was to be a teacher,” he says, “and it just wasn’t happening.”

Mueller realized his friend was right. “If this is what I’m supposed to be doing, how can I do it to the best of my ability?” he thought to himself. “Once that happened,” he says, “I mentally switched. I said, ‘OK, this is it.’ And my side gig became my career.”

Then, shortly thereafter, his life began to change … dramatically. He obtained his contractor’s license, launched his own business and viola! – it was uncanny what unfolded. Through the years, his company has grown through the economic highs and lows.

Today, Mueller’s firm, Inspired Remodels, is on the path to generate $4 million in revenue this year. His team consists of employees and subcontractors. There are 50-75 people working for him on any given day.  His firm is among the most sought-after in the region (customers have to schedule quotes at least four weeks in advance) and the company begins an average of two to three new remodeling projects per week. 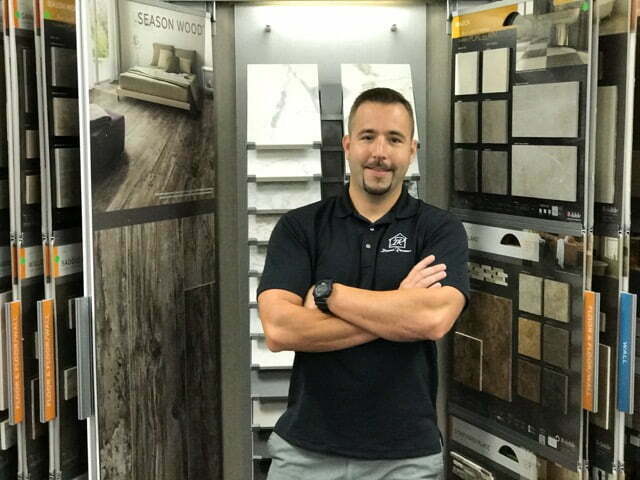 Talk about an unexpected dream-come-true for Mueller.

“I did have big dreams when I started – how can’t you – but even this has exceeded my expectations,” he says as he sits in his Lake Forest, Calif. office and showroom.

His knowledge, impeccable skills and the pride to achieve excellence with every project are clearly evident when you speak with him. Clients recognize it instantly. He’s been told many times that he brings a “special something” to the table – something that many competitors do not possess.

“Joe is a very unique and gifted individual,” says Cooper C’de Baca, one of Mueller’s clients. “He has the ability to walk into a home and tell you exactly what is realistically possible. He really understands the structure of a home and has a sharp and creative eye that puts everything together instantly and gives you options that go beyond what you think you can do.”

For example, C’de Baca’s kitchen had an unusually-designed cabinet taking up extra space. Mueller instantly saw an opportunity to remove it and widen a door that a previous bidder said was not possible, thereby opening up additional space in the kitchen.

“The difference was amazing,” C’de Baca says. “Joe opened up every available square inch of space that the structure would allow. He essentially made us a bigger home. That’s what I mean by Joe being unique and gifted. He has the knowledge and creative eye that you just don’t experience with other contractors.”

C’de Baca pauses for a moment and adds, “But Joe’s greatest quality is his integrity. There were many instances in which he could have gone with higher-priced materials that gave him a higher markup, but that’s not Joe.” 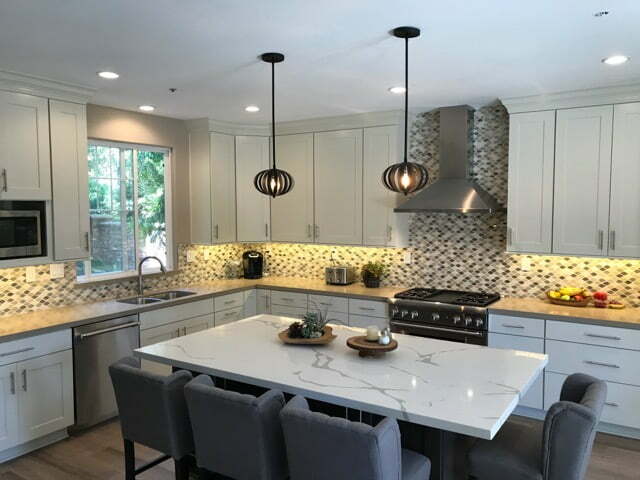 Mueller is “old school” in the manner in which he conducts business. He goes out himself to give quotes, meeting customers face-to-face and providing that all-important first positive impression of himself and the company. He could easily have someone else do it, but Mueller prefers to do it himself.

“I don’t want to let go of that,” he says. “I think it would diminish our operation. The first impression is crucial.”

So is trust and integrity, which is what places Mueller and Inspired Remodels above other similar firms.

“We take very personally the responsibility and the trust people place in us when they hand over the keys to their home and let us come in and tear up a kitchen, bedroom, bathroom or multiple areas in their home,” Mueller says.

“They believe you’re going to do exactly what you say you’re going to do and do things the right way. I’m very much into fulfilling that promise and going beyond it. We have a very high ethical standard. It may be easy for others to think, ‘Oh, this is good enough’ and take some shortcuts. That’s not what we do.”

Mueller has also trained his team flawlessly to make sure they uphold that same ethical standard. “Over the years, I’ve heard electricians, contractors or plumbers mumble, ‘Oh, that’s not my job,’” Mueller says. “That’s not the case with us. We all have each other’s backs. It’s a team effort.

“Our philosophy is this: when you install something, protect it. Pick up afterwards. Have respect for the next guy. If everyone does that, the job site is cleaner and the homeowners are happier. The homeowners feel everyone respects each other and that makes them feel more at ease. Whenever someone comes in and blows out and leaves something behind, there’s an uneasy feeling. That doesn’t happen with us.” 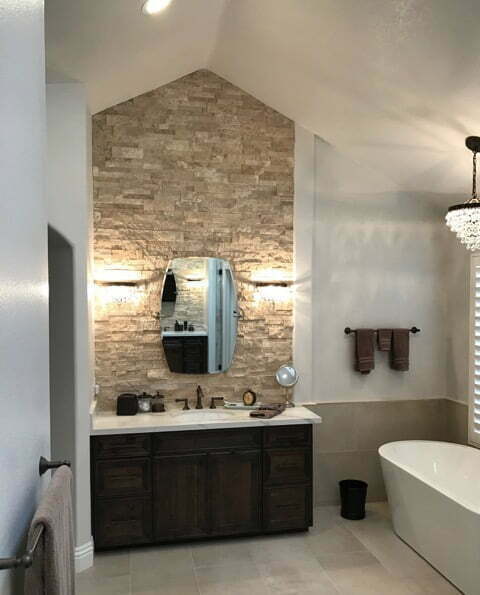 To show his appreciation for his clients, Mueller goes the extra distance by sending a closing gift when the project is complete — and he continues to follow up with them.

Mueller has already distanced himself from the competition with his business philosophy and his combination of knowledge, experience, creativity, professionalism and integrity. But he takes it a step further: he’s also a real estate agent, a rare combination for licensed contractors.

“I bring a unique perspective to clients in the way I look at a project,” he says.

If a client is remodeling, for instance, it’s usually for one of two reasons: resale value or they consider it their “forever” home. As a result, Mueller saw a viable business opportunity: some remodels could turn into real estate transactions.

“I could see the possibilities very early on,” he says, so he went out and earned his real estate license, putting him in a category nearly all by himself. 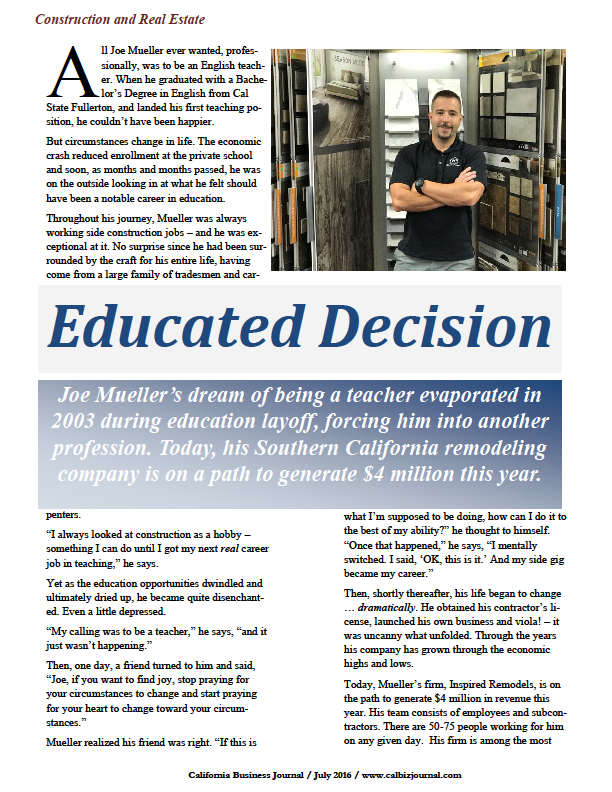