When it comes to residential loans and refinancing, Jevon Perra can turn the impossible to the possible most of the time. And that is just one of his many strong characteristics. 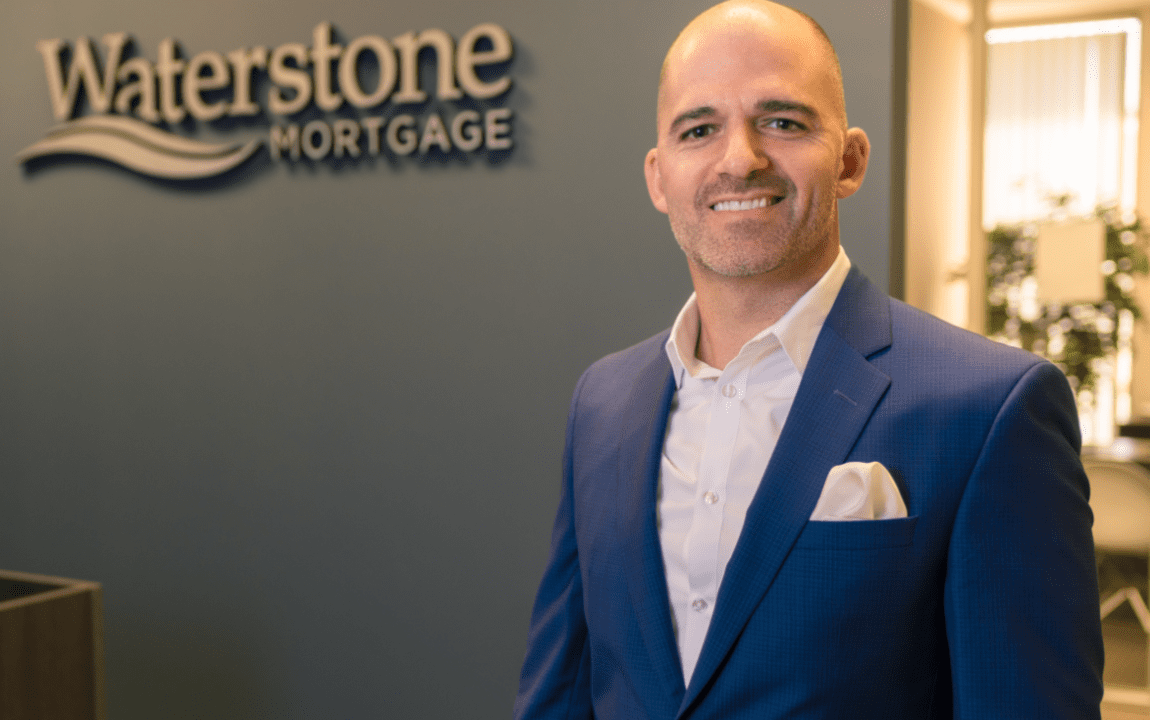 HE HAD NOWHERE TO GO. HE HAD ALREADY BEEN REJECTED BY TWO BANKS IN HIS ATTEMPT TO REFINANCE HIS HOME AND PAY OFF SIGNIFICANT DEBT THAT WAS EATING AWAY AT HIS PAYCHECKS. HE DIDN’T KNOW WHERE TO TURN NEXT.

Luckily for Christian Vasquez, one of his business associates knows Jevon Perra, an experienced loan officer with a history of turning the impossible into the possible. Typically, Perra worked his magic – and he wound up reducing Vasquez’s monthly mortgage payment and paying off all his debt, saving him more than $700 monthly.

“He not only changed my life,” Vasquez says. “He saved my life.”

This is common practice for Perra, an amazing and multi-talented individual who has spent his life helping people. Prior to becoming a loan officer, he worked at various churches around the world building roads and orphanages in Jamaica, Mexico and inner cities throughout the country.

Simply put, Perra has a heart of gold.

Equally impressive is his innate understanding of people and human nature, a trait he was born with. He comes from a difficult childhood that resulted in pain and anguish, yet he has handled it with amazing character and maturity.

“I was born with a very calm and mellow temperament,” he says. “I don’t get shaken.” His parents were divorced when he was two and he lived with his grandparents for most of his childhood.

“My mother is a free spirit but a very lovely person,” he says. “I don’t want to paint her in a negative way. She never intended to hurt anyone. She just wanted to do her own thing. She was always searching for something or someone that could make her happy, not knowing that happiness is only from within.”

The unstable family dynamics put enormous pressure on Perra, the oldest of eight children. “My whole life, I’ve been taking responsibility as the oldest child,” he says. “In my mind, I felt I had to solve everyone’s problems. That’s not the kind of pressure anyone should take on let alone a kid. You can’t not have pain growing up in that scenario. Yet if you don’t resist the pain as it comes, you get better.”

Perra pauses for a moment and says, “A hundred years ago there was a poet named Rumi. He said, ‘How can you be polished if you resist every rub. If we stop resisting our rubs we get polished.’” 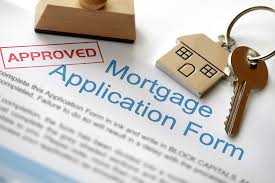 How wonderful it is for Perra to possess this remarkable attitude and characteristic, particularly in his stressful financial profession. Countless times, husbands and wives have sat nervously in front of Perra, ready to explode over their financial dilemma. Yet there is the cool, calm and collective Perra, caught in the crossfire of these fiery emotions, never getting riled up and eliminating the high tension with his peaceful and affable approach.

“I’m great with difficult people,” he says. “People who are difficult with others aren’t that difficult for me. That’s because I don’t resist people’s resistance. That’s what usually creates problems in a relationship or situation – when people resist others who are resisting them. When people resist me when we’re in the middle of a stressful situation, which happens a lot when big amounts of money are on the table, it will psychologically and emotionally evoke different triggers. A lot of times this angst, anger, frustration and fear surfaces and then it feels like it is being brought up against me because I’m in the middle of it. But the high tension is not about me. It’s the situation.”

What happens when you do not resist the tension? “It automatically subsides and calms everything down,” Perra says. “People can’t stay aggravated if you don’t get resistance back. It goes away. It’s human nature.”

He takes responsibility for the potentially explosive situation, saying, “‘I’m sorry this is happening. I’ll do whatever it takes to solve this.’”

He developed this remarkable trait through the pain he suffered as a child, of always feeling like he had to be the one to fix things for his siblings, his mother, her husbands and his grandparents. A lot of pressure indeed. A lot of scars. Yet Perra has emerged as a true hero in life and his profession.

Vasquez is just one of many clients who say they owe their life to Perra. Justin Meloni is another.

In the 11th hour of Meloni’s purchase of a $450,000 condo in Playa del Rey, California, he heard the worst news possible – his loan was being denied. He was not only going to lose the property, but also $12,000 in earnest money.

“Our lender flaked on us completely,” says Meloni, a high school teacher in Los Angeles. “He wasn’t even trying to help us. He just dropped us flat.”

“Jevon took a disastrous situation and turned it into the greatest situation possible,” Meloni says.

What Perra did – all legally of course — was put more income back on Meloni’s tax returns. He added back in business mileage, amortization, depreciation and business use of home. He was even able to put income back in that was not taxed.

“It was just a matter of going through it with more detail,” Perra says. “A lot of lenders don’t want push it to the edge. I don’t either. But I’m willing to go there if we have to.” 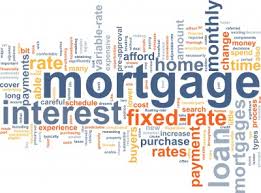 This is yet another of Perra remarkable skills – his ability to work with underwriters, the most difficult element of the stress-filled loan process.

“Underwriters won’t tell loan officers ‘you can’t do this but you can do that,’ Perra says. “They’re just going to deny or approve the loan. You have to submit what you think is going to be approved. So most lenders don’t want to push it anywhere close. But I communicate closely with our underwriters.”

Worst case scenario is the underwriter will “suspend” the application, allowing Perra to utilize his creative strategies to rework the loan structure.

Perra handles many loans like that some big banks won’t do. Their “rules” are far more stringent – due to the 2008 housing and loan crisis.

“They add extra rules just because they can,” Perra says. “Their philosophy is ‘why not only do the safest loans. We’ll lose a few but we’re ok with that. We do billions in loans anyway. Let’s keep our money safe.’ To them, it’s all about preservation.”

Perra doesn’t impose any extra rules – or an “overlay.” Using debt to income ratio as an example, some banks use 45% for a FHA loan, meaning half of an individual’s income has to cover all debt. Perra, on the other hand, can take up to the very max that the FHA allows of 56.9%, if the other factors of the file can support it.

“I don’t like the constraints place on loans,” he says. “I love getting loans done that others can’t. I love the challenge. The harder the loan, the more effort it takes to figure out if you can get it done.”

More than 30% of Perra’s business comes from other lenders’ denials – and that’s mainly because “we don’t add the extra overlays,” he says.

In Perra’s world, closing the loan on time is critical.

“We live and die by closing on time,” he says. “If you have a 30-day escrow, you are not going to close on time with some big banks. They have too much of an antiquated process. Their processes are 100 years old. Their system is not meant for quickness. The purchase world has to be fast these days.”

Perra’s process is state of the art – and without “silos.”  He describes a silo as the originator of the loan and processing not communicating intimately with the underwriter. “It’s more about not getting into trouble than closing the loan,” Perra says. “Originating wants to get the loan in as fast as they can and processing is just looking for mistakes so they don’t give underwriting something that has a mistake because they’ll be in trouble. They’re not as concerned with the person as they are with the paperwork. They just see the file as something they don’t want to get into trouble with. It’s passing the buck. It’s like government work. It’s like moving things along so one person doesn’t get stuck without a chair when the music stops.”

Perra, however, is quick to point out that “with me, I can talk to our underwriter anytime. I work directly with the processor. We work on the file directly together. It’s easier. A lot of things are happening all at once. I can close a loan in 10 days. The reason we can is that I can do multiple steps all at one time — the originating, the processing and the underwriting all at once. We get all the team members on it together.”

In order to have a loan close quickly, Perra and his team do a lot more work up front. Instead of spending 30 minutes with a client, it’s two hours. “We slow down and get all the little details,” he says.

If a client makes a little mistake by saying they’ve been at their current job for two years instead the actual one year and 10 months, “that can cost the loan process two weeks,” Perra says. “It’s all the little details that make the biggest difference.”

No, it’s Perra himself. 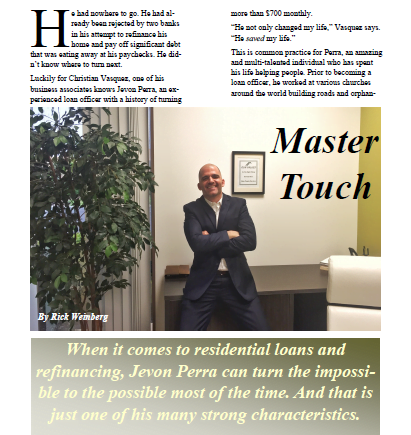