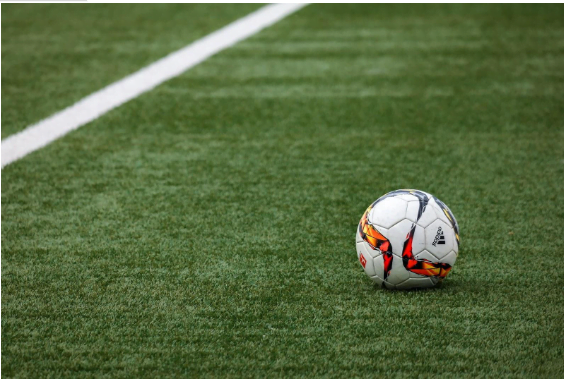 Is The Middle East The New Sports Hub Of The World?

Middle Eastern nations are devoting more time and effort to supporting and expanding the calendar of high-profile sporting events as more and more international sporting event announcements come to light.

Middle Eastern sports could enter a golden age in this decade and beyond, and one thing is for sure – the Qatar World Cup marked the start. Keep reading to find out what’s in store for the sports industry in the Middle East and how they’re already proving to be a worthy rival against other global sports hubs.

The Gulf has hosted four F1 Grand Prix races, and most recently, it was the host of the FIFA World Cup in 2022, making it a popular location for major international athletic events. According to the World Trade Organization, the Middle East is developing into the world’s region with the fastest growth rate for sports tourism and a market value of around $600 billion.

Punters who enjoy sports betting also have a tremendous impact on the economy of this region and the growth of online sportsbooks and casinos that operate in the area. Many sites, such as Arabic-casinos.org, have provided the best bets and offers for online bettors. In turn, they secured large profits from the newfound sporting event success in the Middle East.

How They Did It

The sudden spike in sporting events hosted in the Middle East has been long expected. The most notable factors that propelled this region to its current status are listed below.

The start of the national engagement came with the opening of the Bahrain International Circuit in 2004. Being the first desert track ever built and the only one still in use today to hold an F1 race in the Middle East, BIC made history.

In 2009, the Abu Dhabi Grand Prix was introduced to the F1 calendar, and in 2021, Jeddah and Qatar both staged two further Gulf races. Along with the growth of Grand Prix races, there have also been a number of lengthy sponsorship relationships.

The region’s globalization is mostly due to this sport’s success in the Gulf. The introduction of the first international oil firms in the 1930s led to the importation of Western culture and soccer into the region.

Around the 1950s, local soccer in Qatar started to take shape; Saudi Arabia and the UAE followed around a decade later. The kind of commitment that interests us, namely substantial financial backing for the sport on a global level, didn’t begin until the turn of this century.

Through sponsorships, club ownership, and outstanding marketing beginning in the early 2000s and continuing now, the Middle East has solidified its position as a significant asset to this sport.

Issues Along the Way

International sporting events have frequently backfired by drawing harsh condemnation for the subpar human rights records surrounding them, despite being meant to increase Middle Eastern states’ and leaders’ prestige. The biggest debates now center on the issue of ‘sports washing’ – sponsoring or investing in sports to draw attention away from wrongdoing.

Most recently, Qatar has been accused of practicing this method throughout the World Cup, with records showing quite a few human rights violations during the preparations for this prestigious event.

Economic Impact on the Region

Sports events serve as a catalyst and can have a significant economic impact because they attract millions of spectators who come to the area to see their favorite sport and enjoy an unforgettable experience.

Many reports state that following the World Cup, Qatar experienced an economic boom due to the influx of tourists who spent obscene amounts of money to support their national teams from the stadiums.

Tourists and fans who came to the events were not the only influence. The surge in finances resulted in the growth of the gambling industry, as many spectators, whether from home or the stadium, practiced betting on their favorite teams and athletes.

Sport in the Middle East has advanced significantly, yet there is still much room for improvement. Long-term problems could arise from the lack of a sports culture in some nations and the hidden geopolitical goals.

Contrarily, the increasing popularity of sporting events in the area may have a big impact on how well diverse cultures integrate.

All things considered, sports have developed into a tool of power for Gulf leaders, both in its material (economic) and normative (diplomatic) manifestations. The past years have proved successful, but only time will tell if the Middle East will cement itself as a global sporting hotspot.

When Traveling to Dubai, Proper Auto Insurance is a Must-Have