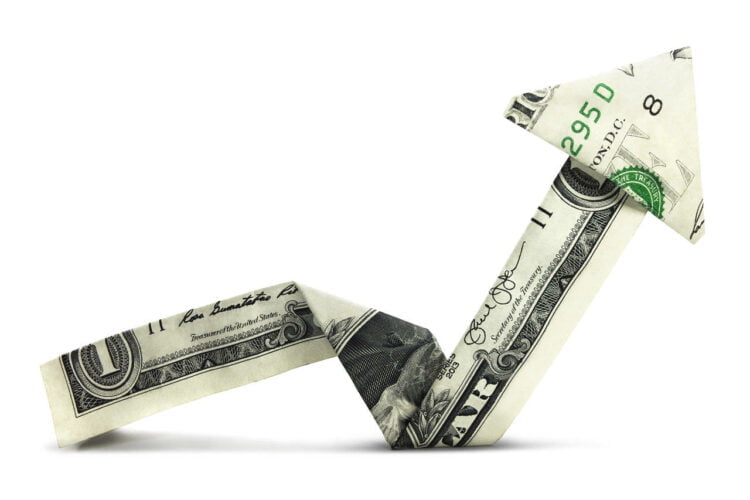 One Dollar. Image by Barrons

Burns Funding, an alternative funding company started by serial entrepreneur Peter J. Burns III, has facilitated more than $1M in funding this year, including $350,000 to Lindsey Head, CFO and COO of Head Consulting.

Ms. Head is the latest of several early-stage entrepreneurs to secure funding from Burns. The others include:

• Blair Stewart – Originally from Canada, now residing in Texas, Stewart played ten years of professional hockey, much of it in the NHL. Upon retirement, he dreamed of transitioning from athlete to entrepreneur. Stewart secured $162,000 from Burns Funding to supporting the development of a prototype product in the red-hot wearables industry.

• Jonathan Curtis – Born and raised Baton Rouge, Curtis always knew he wanted to be an entrepreneur. Upon graduation from Southeastern Louisiana University, he set out on a path to be his own boss and control his destiny. He “dove headfirst with an eCommerce business” but needed growth capital. Burns Funding delivered $230,000.

• Caroline Reynolds – A North Carolina pharmacist, Burns Funding provided Reynolds with $250,000, which she hopes to use to break free of her conventional job and follow her passion around entrepreneurship and create a marketing agency. The procurement was all the more impressive because Reynolds was unable to secure anything close to that from conventional sources because of a mark on her credit report.

Ms. Head, who has worked with clients ranging from startups and large corporations, is using her funding to participate in Burns’ passive income program “to further fuel her other entrepreneurial ambitions,” Burns says.

After Burns discovered her on LinkedIn, Ms. Head had several in-person meetings with him before becoming comfortable with the firm’s business model.

“I asked a lot of questions at first, like how does this work?” she says. “What type of entrepreneurs do you work with? How are the funds put to work? And how does the business model play out going forward and who helps operate the e-commerce businesses?

“Obviously, it is a very interesting process. My creditworthiness is evaluated by their internal banking team, which is the first step in being considered for funding. After being qualified, Burns facilitated the funding process with their select lenders. Then I entered into a business agreement with Burns Funding, and we decide we are going to put this money to work in two vehicles that generate passive income and pay off the debt.”

Burns was impressed with Ms. Head’s business acumen and questions. “I have rarely encountered anyone like Lindsey, and the sheer breadth of the questions she had for me,” he says. “To have her participate in the program is a massive endorsement for what we are trying to do. She has also been privy to the early returns of the programs, which are impressive to say the least.”

Ms. Head, who was recognized as CFO of the Year by the San Diego Business Journal after being nominated four years in a row (2014-2017), admitted that Burns’ program “seems almost too good to be true. You qualify for the funds with their banking team, and then there is a guaranteed pay back agreement that is put into place with Burns Funding.

“However, you are putting your credit in their hands temporarily to show that you are a viable recipient of funding. It was important for me to become familiar with the process before proceeding as a participant. With any new venture, it’s essential to consider the outcome and opportunities; that is where visiting in-person with Burns’ team, and understanding his track record with this program came into play. Ultimately, I concluded that the goal is for this to be a win-win situation for everyone involved.”

Based today in Del Mar, California, Burns grew up in a well-established New England family in New Canaan, Connecticut. He was educated at the United States Military Academy Preparatory School at West Point, the University of Virginia and the Harvard Business School’s Owners and Presidents Management Program.

He soon started an array of businesses and in the early 2000s he became a pro bono adjunct faculty member at Barrett Honors College at Arizona State University. In 2006, he took his teaching practice across town to Grand Canyon University and its entrepreneur-like founder Brent Richardson, where the two men would launch the nation’s first College of Entrepreneurship at GCU. Burns was honored by the Arizona chapter of the Future Business Leaders of America its Businessperson of the Year in 2007.

Should I Consider a Loan for Rent Payments?

Should I Consider a Loan for Rent Payments?

Why is Financial Literacy Important for Children to Learn?