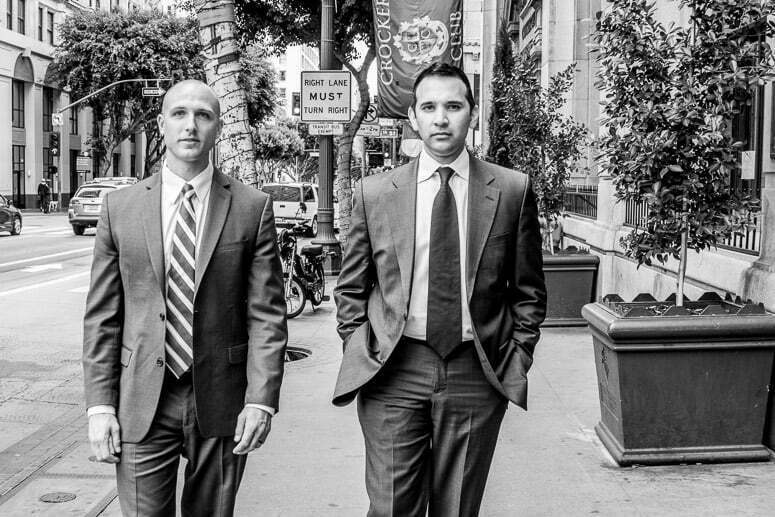 With their expectations not being met, Dustin Tillman and Zeeshawn Zia set out to transform the industry they love. 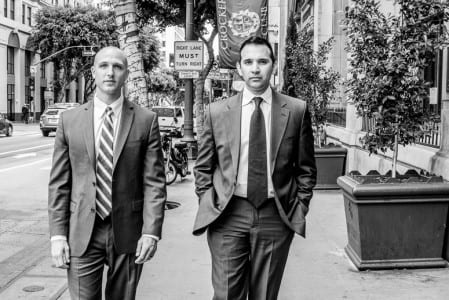 THE “NEXT” GOLDEN AGE OF AVIATION HAS ARRIVED.  Some of the largest aircraft orders in history are rolling in, all across the board, all at one time. The last major manufacturing boom in this industry occurred decades ago, the remnants of which are now in dire need of replacement.

“It’s truly a phenomenon,” says Dustin Tillman, President and CEO of Elite Aviation Products. “What’s happening now has never before been seen since the inception of the commercial aviation industry nearly a century ago.”

In order for airlines to successfully compete, they have to reinvest in their infrastructure. They need to invest in new fleets of aircraft — and new strategic alliances must be formed in order to embrace this unprecedented workload.

The Irvine, California-based company is redefining the $170 billion aviation manufacturing sector that is intensifying by the minute. The Boeing Company anticipates that this demand for entirely new fleets of aircraft will be valued at over $4.8 trillion over the next two decades.

By offering a distinctive unique approach to combat this unfounded workload, Elite Aviation Products is challenging conventionality and turning the industry upside down – for the better.

The company pledges to be the first organization of its kind, in this industry, to offer an undeniably compelling value proposition by embracing progressive technologies, maintaining a cost-competitive manufacturing edge, and a solution-based, customer-centric manufacturing philosophy.

“The industry doesn’t need more part producers. What the industry needs are solution providers who produce parts,” Tillman says. “In this environment, it’s not enough to offer cost-competitive prices. That’s a given. Based on our experiences, customers need suppliers capable of going above and beyond that.”

Thanks to Elite Aviation Products, it will.

“I’ve been in this industry for 30 years,” says Brian Hutchins, President of Madison Aerospace, “and I’ve never seen an individual who has gone to the level and lengths that Dustin has to create what will ultimately transform the industry.

“It’s truly ground-breaking,” he adds. “We desperately need exactly what he’s created. He has taken an approach that no other company has ever done before.”

Hutchins pauses for a brief moment then says: “It’s critical to the future of the aviation industry. It’s critical for it to survive— and continue to thrive.” 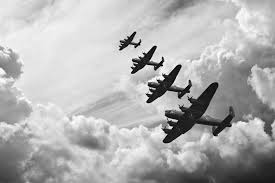 When you sit down and talk extensively to Tillman and his COO, Zeeshawn Zia, it’s clear in a matter of seconds what extraordinary individuals and entrepreneurs they are. The charismatic and engaging partners, exude character, honor and confidence.

The passion, knowledge, ingenuity and dedication they possess is simply unmistakable and remarkable. With people like Tillman and Zia, and companies like Elite, you know instantly that the future of the aviation industry – which is heading toward explosive growth over the next two decades — is in very good hands.

Elite Aviation Products, which principally focuses on metallic aircraft componentry, evolved primarily because Tillman and Zia realized their expectations regarding cost, quality, lead time, and customer service were not being met. Further, they realized these fundamentals could never be achieved because of the mind set in which this industry has traditionally operated.

“The OEMs [Original Equipment Manufacturers] need partners who exemplify not only one or two of these important attributes, but embody all of them in every facet of their organization,” Tillman says. “You have to introduce a new solution. That’s the value proposition we provide. By employing all of these fundamental characteristics and focusing on strategic partnerships, we’re challenging conventionality and complacency within the industry.”

Tillman’s philosophy is to embed EAP’s culture into every partner and every company he works with.

“When we speak to a partner, we want to be perceived as part of their organization, not an outside entity.” he says.

That approach to business has been essentially lacking in the aviation industry – until now.

“The more knowledge a partner has of the way we conduct business, the more value we provide to their operation,” Zia says.

As Tillman points out so succinctly, Elite Aviation Products is not recreating the wheel – it is simply introducing “a better way to build the wheel,” he says with a smile. 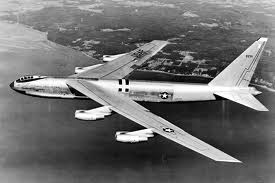 Only four years ago, Tillman and Zia teamed up on a project for an aviation giant. The two gifted and progressive minds clicked.

“While I was working primarily in the commercial sector, and Zee was primarily working in the defense sector, we were exposed to many of the same obstacles and came to the same conclusions about how to overcome them,” Tillman says.

“When we started working together, we discovered that our idea of what [our employer’s] supply-chain management initiatives should be were not going to be successful because it challenged certain complacent behaviors of the organization,” Tillman says.

Their idea was to be an organization whose philosophy revolves around best practices, honor, integrity and utilization of the latest technological tools. Problem was, there wasn’t a company out there like it. So they built it organically — from the ground up.

“As you begin to implement a truly customer-centric, best-practices philosophy, it’s a serious fundamental change in an organization,” Tillman says. “That’s exactly where we have an advantage on our competitors. It is an extremely difficult and drawn out process for these massive companies to change their core culture.”

The industry just cannot function the way it has been any longer, not with entire fleets of airplanes being retired. Not in this day and age, when business and personal travel increases an estimated seven percent year after year. Not when travelers’ tastes and preferences are so high. Not with the pressure of having to produce over 35,000 new planes over the next 20 years – planes that feature more than three million individual components – and certainly not with the fierce competition between aircraft companies.

Imagine for a moment how meticulous it is to manage a supply chain with the magnitude of an aircraft — with millions of unique components. One chink in the chain dramatically impacts the entire assembly, casting efficiency to the wind, and costing millions of dollars.

With giants like Boeing ramping up to reach goals of building 50 airplanes per month on certain aircraft platforms, it’s quite an awe-inspiring responsibility.

Based on many years of experience of doing business with supply focused companies, EAP’s executive management team observed a gap between what aircraft manufacturers require of part providers and what these part providers could deliver.

As demand skyrocketed, the gap has grown ever wider.

“The industry cannot behave the way it has over these last decades,” Tillman says, staring outside his office window. “If so, it will fail. The amount of new aircraft needed in the world is growing at a spectacular rate. The capacity of every tier of support is being pushed to the limit. Things have to change.”

And they’re beginning to – thanks to EAP.

“We bring best practices to bear and we’re embracing the latest technology that has features the industry has not yet fully incorporated,” Tillman says. “The technology has been out there. It’s available to the world. It just hasn’t been fully utilized because in order to do so, these companies have to change their core philosophies.”

The reason? A philosophical conundrum. The industry features aged, tenured, seasoned labor forces that are slow to incorporate the latest technology, which causes major disruptions in operations. There are thousands of people in the industry who learned their craft on old machines, with old practices, on antiquated systems and business philosophies – and without an executive management team championing best practices.

“That’s the breakdown,” Tillman says. “It’s a paralysis. It’s a culture issue. It’s not the technology. It’s out there. It’s a corporate mindset.”

As their careers were evolving, and as they were being promoted and garnering more and more responsibilities, Tillman and Zia saw a glorious new landscape emerging as an opportunity for a company that was capable of focusing on this new mindset – “not in a disingenuous, contrived way but harboring it, taking it to heart and knowing what it means to offer a compelling alternative that didn’t exist,” Tillman says.

When the two common minds saw this opportunity staring them square in the eyes, they took a moment to reflect back on how things had worked in the past, in their experiences working with suppliers. Tillman knew that in order to run as far away from the “over-promise, under-deliver” mentality of the industry, he had to become a manufacturer, control the supply chain, embrace state-of-the-art technologies, and create a new brand of corporate culture to support this best practices philosophy.

To set the bar as high as possible, Tillman launched Elite with five essential beliefs:

“Our company is based on these core values,” he says. “There are things we can’t – and won’t – compromise on.  Every member of the Elite Aviation Products family embodies these values, and that ultimately translates into a truly remarkable company that customers want to do business with.” 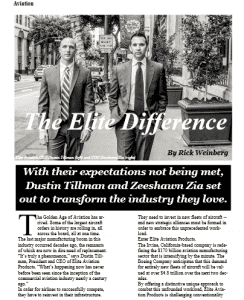 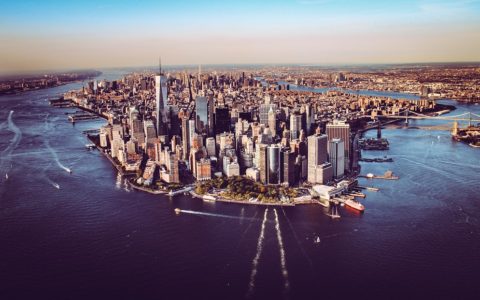 By Susan Belknapp, California Business Journal. How many entrepreneurs who