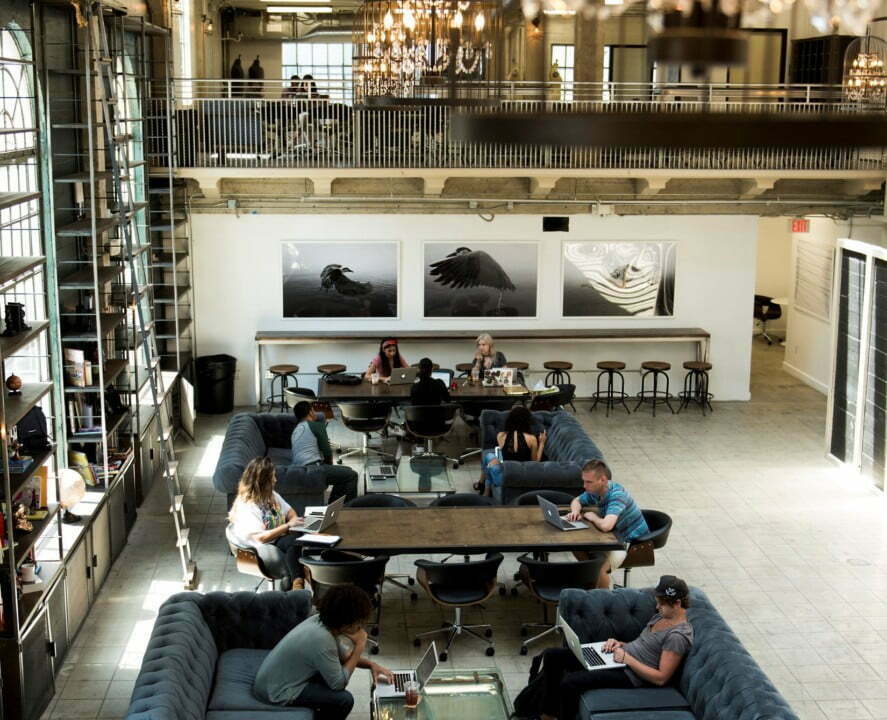 CTRL Collective is a unique collaborative workspace environment and concept that fosters creativity with tech startups and entrepreneurs in historical and distinctive spaces that reflect its community.

When David Bren and Taleia Mueller decided to launch a collection of collaborative working spaces throughout Southern California under the name of CTRL Collective, they wanted it to be unique. They wanted their distinctive philosophy to stand out from the 10,000 co-working spaces that have taken the country – and California – by storm.

So they decided to choose historical buildings with character that reflected the community where the co-working spaces are situated. For instance, their Playa Vista, Calif. collaborative space is in the middle of what is now known as Silicon Beach, where tech is so prevalent. The building has a classic design mixed with “a techy feel” saturated with natural light blazing through enormous windows that show a dazzling view of the city.

CTRL Collective’s downtown Los Angeles building was erected in 1924 as the Los Angeles City Club and is located in the fashion district. “The way it’s built out, we’ve made it a testament to the progressive entrepreneurial spirit of Los Angeles,” says Bren, CTRL’s CEO.

The location, which features a photo studio “creation lab” that members and neighbors can utilize anytime, is nestled on top of one of the most popular and trendy coffee shops in the city, Verve Coffee, and is surrounded by dazzling restaurants, theaters, entertainment, fashion and creative individuals.

“The location has a refined industrial creative design, with natural light pouring in from every direction,” Bren says.

CTRL recently featured a fashion show from the progressive organization, Freedom and Fashion, a non-profit based in Los Angeles that is making a huge difference in the lives of young people with dark pasts — yet have “creative, successful futures.” Nearly all of the organization’s students and clients have been victims of social injustices. Every day, they deal with conquering trafficking and abandonment.

CTRL, which is heavily invested in its communities and offers its members to be involved as well, donated the space to Freedom and Fashion, which teaches its students and clients how to design clothes.

“The character of our buildings is one of the two major reasons why we’re different,” Bren says. “We choose locations that aren’t traditional. When we think of creative office space, we don’t think of a high rise in a central business district. That’s not where our creatives want to be. Instead, we choose unique, historic real estate – single-tenant buildings or a low-rise building with character.”

Where CTRL Collective takes its business model to another level is with its interaction with the community and how it melds into it.

“The word ‘community’ is typically overused,” says Bren, who is expanding CTRL into Pasadena, Hollywood and Manhattan Beach. “Everybody talks about ‘community,” but few put their money where their mouth is to truly create a community environment. We spend time curating our members. We don’t just take anyone who comes in off the street. We invite people with a similar mindset to ours – people with a positivity to them and the desire to give back.”

Bren and Mueller created what they refer to as the 80/20 rule that each member and user have to agree to. Eighty percent of the time, members work on their own endeavors and projects. The other 20 percent of their time is dedicated to giving back to the community and to other members of CTRL.

“Giving back can mean internal or external,” Bren says. “It means helping with our community toy and food drives or helping the person next to them who is struggling and can benefit from their level of expertise. To me, when you talk about community, that’s the glue that keeps it together. We’re not here to compete against each other but to work together. That helps all propel forward.” 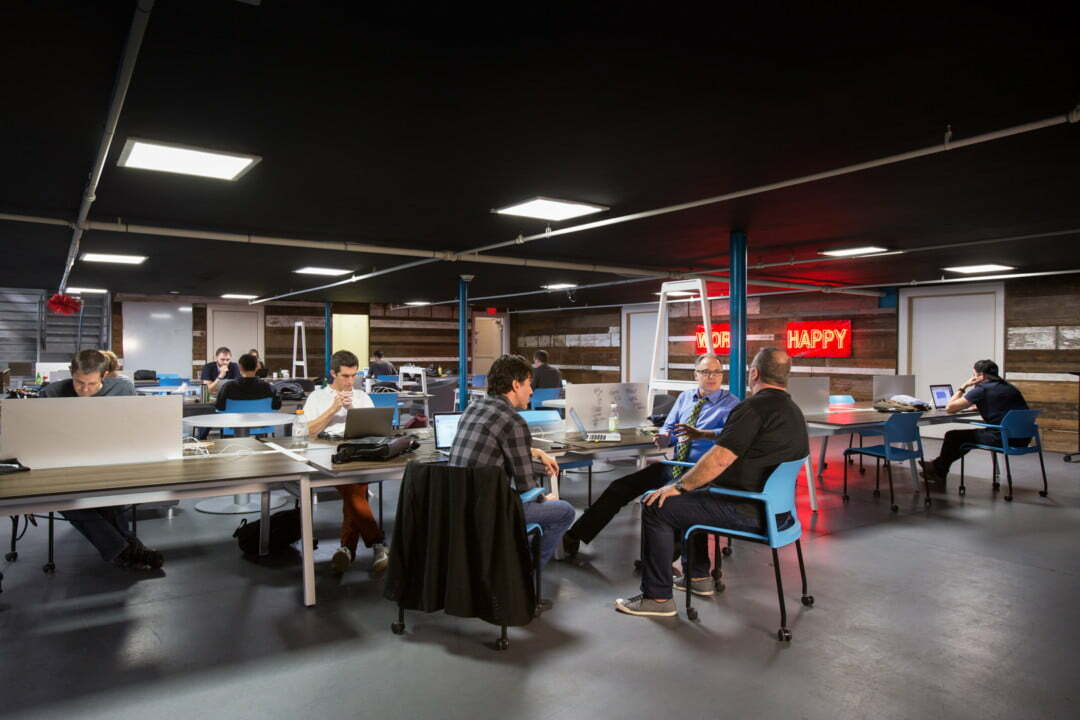 Bren and Mueller are, in essence, redefining the collaborative business model, which is already tremendously successful across California and the U.S. The statistics are staggeringly in favor of co-workspaces.

For instance, according to a survey:

CTRL elevates the trust factor with its philosophy, encouraging its members and users to work closely, side by side, and learn about each other.

“We strive to be a very creative environment where people really open up to one another, feel safe and get to know each other on very deeper level versus the superficial networks that exist,” Mueller says.

Farah Casis of 1549 Events, a member CTRL Collective DTLA, calls it “the perfect environment to succeed … it makes you excited to go to work every day.”

The 80/20 mindset results “in a strong sense of family,” Bren says. As a result, CRTL retains its members longer than other workspaces.

“To me, that speak volumes about having a genuine community that organically grown,” Bren says. 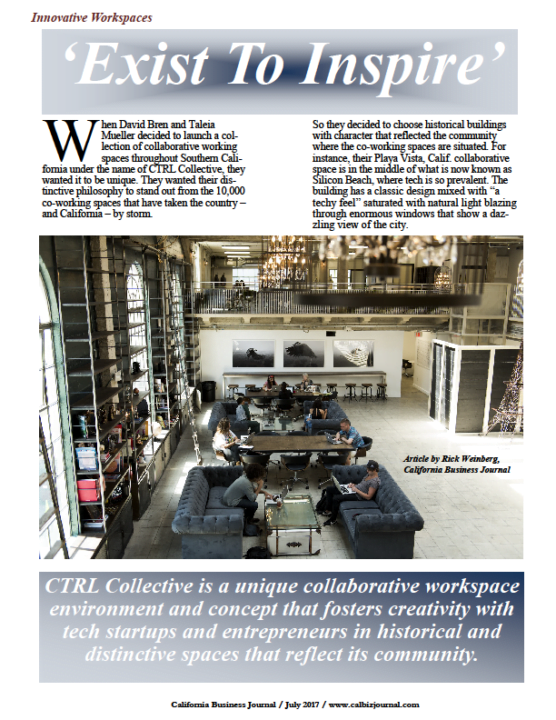