Before Chad Willardson launched Pacific Capital, he focused on what clients really wanted from their financial advisor and how they could best be served. What he discovered is that being an independent fiduciary was not only “the best option” but “the only option.” 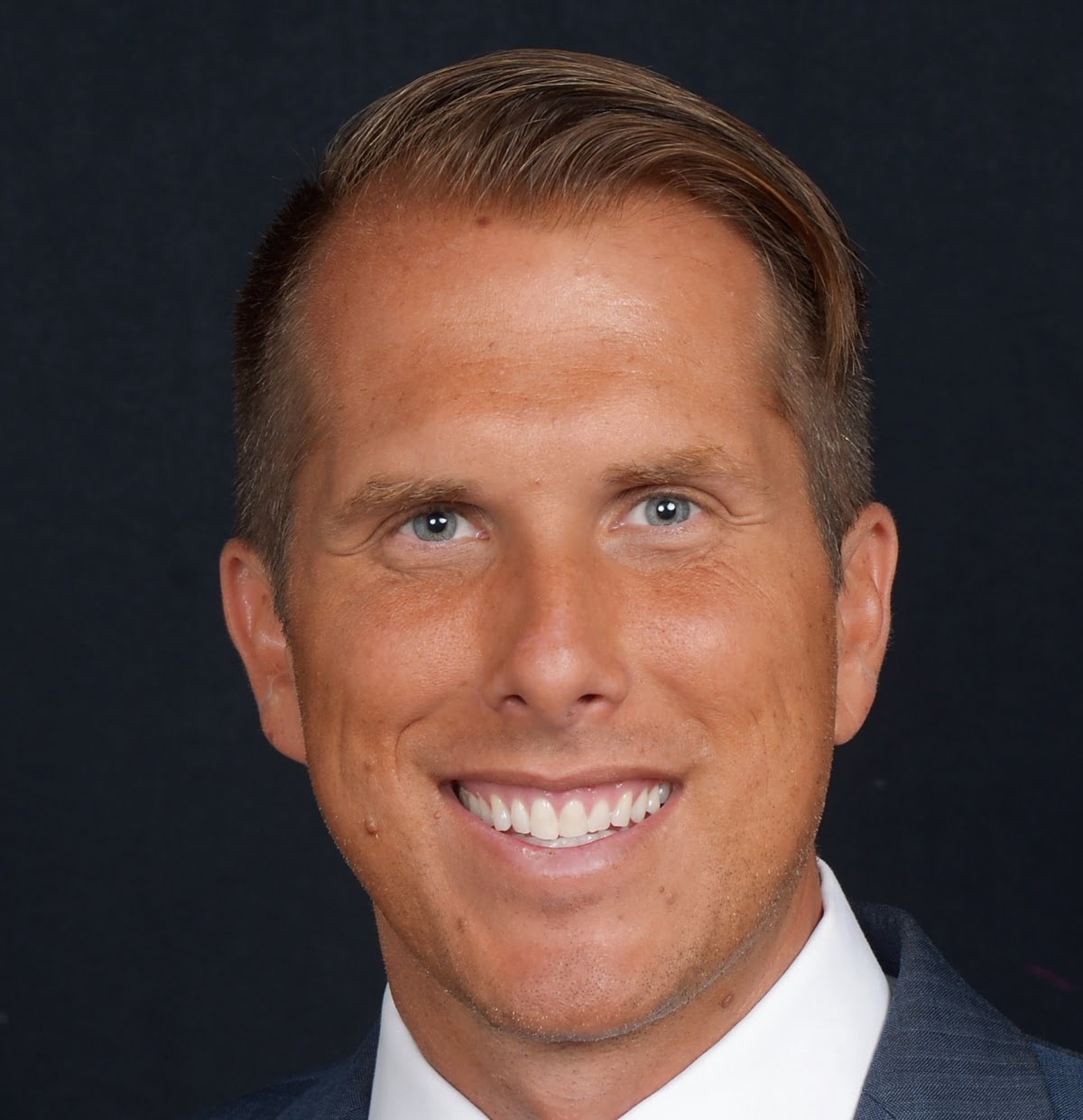 Hiring a financial advisor is not as simple as walking through the door of the nearest office and plopping down in a chair, ready to have someone with a bevy of credentials tell you where they think you should put your money.

Yet this route is one that many people take.

So, after spending nine years as one of the top financial advisors at Merrill Lynch, Willardson opted to leave and start his own wealth management company, Pacific Capital in Southern California and focus his practice as an independent fiduciary, which are advisors who care more about the well-being of their clients’ investments than they do about “padding” their own bank account.

“I got into the business because I really love helping people clarify their goals and coming up with a personal plan to reach those goals and then implementing all the different financial strategies to get them there,” he says.

When Bank of America bought out Merrill Lynch in financial crisis of 2008, Willardson noticed a major shift in company culture. He viewed it as a perfect opportunity to find a new way to serve clients.

“Clients,” he says, “were seeking more independent and objective advice and guidance than ever before.”

In creating Pacific Capital, Willardson made sure that every piece of the firm would be “client first.” Every professional hired, he says, would be someone with a completely client-focused attitude. Every decision for the firm would be first tested by discussing how it would help serve and benefit clients.

“I was completely done with the stuffy corporate, bank-first environment, and realized that being an independent fiduciary was the best option to keep doing what I love.”

Fast forward eight years to today and Willardson now runs one of the premier financial advising firms in Southern California.

“I’m most proud of the client experience we’ve created for the people who trust us with their hopes, their dreams, their fears and their financial assets,” he says. “And that takes a lot of trust and a lot of faith to turn that over to a team of professionals that you do not know intimately.”

Whatever you do, Willardson warns, do not go in blind when it comes to hiring a financial advisor. Here are his top pointers before hiring an advisor to manage your finances:

Working with someone who has been recommended by someone you know is a good place to start. Ensure that the advisor and their team have certifications and experience. Not just experience in telling people where to put their money, but experience in “the ups and downs of the market,” Willardson says.

“You want an advisor who has been through bear markets so you know it is something that they can take you through,” he adds. He pauses and says, “Do you want to get on the boat of a captain who has never been through a storm before?” The answer is obvious.

Practice what they preach

Similarly, you want “an advisor that can give you independent advice and guidance and is putting your best interests first — someone who has financially implemented the investments and strategies they’re recommending,” Willardson says.

He sees far too often advisors who are “teaching in theory — they’re talking about what they’ve read in books, magazines. They’re just talking about theories.”

Rather, you want an advisor who is doing the same things they are recommending to clients.

“Clients know I understand them because I’ve gone through those hard challenges of starting businesses, investing in real estate, and investing in the same growth investments I’m recommending to clients.”

Willardson pauses again and says with a smile, “This isn’t something I just tell other people to try out. I’m a chef that eats my own cooking.”

“We’ve done a lot of work to bring unique services to clients — and to trademark them too,” Willardson says.

One such service is Pacific Capital’s Financial Life Inspection®. “It’s like a property inspection, but for your financial life,” he says.

The idea struck him when he and his wife were investing heavily in rental properties during the big recession of 2008-2009. “We would get 1,000-point property inspections and a huge report. I appreciated that the inspection was so thorough and completely objective. I would ask the inspection company to break down the 10 most important things we needed to know before making a decision.”

And now, Pacific Capital does the same thing for all new clients.

“You get a very clear and objective financial plan for your family so that you can then have confidence in making the decisions moving forward, rather than just guessing,” Willardson says. “You’ve got a personalized plan and a blueprint for success.”

That success, however, doesn’t come if you’re busy making mistakes. And there are plenty of errors to be made.

The biggest mistake Willardson sees people make with their finances is “making decisions based on emotions rather than based on a solid financial plan.” He sees greed and fear as the major driving forces that “cause people to make costly mistakes over their lifetime.”

In addition, people “get caught up in following the advice of people close to them who are likely not the best source of professional financial advice,” he says. “They talk to their neighbor or brother-in-law and they say ‘well this is what I do’ or ‘this is an investment I heard about.’”

Willardson also sees people make the mistake, out of the goodness of their heart, of financially “preparing their children or grandchildren for college when they really haven’t prioritized their own retirement planning. You can get scholarships and loans for college,” but there are no scholarships for retirement. Willardson likens it to “putting your mask on first on the airplane before helping someone else.”

Preparing for financial freedom must be top priority. “If you’re aiming to retire at 62 and spend $15,000 a month, then we will create a plan for you to reach that goal and help you avoid over-focusing on some random benchmark in the news media,” Willardson says. “We work to help you enjoy life by removing your stress about money. We want our clients to understand where they’re headed with their finances. It’s so rewarding to see people get more confidence and peace of mind about their future after we’ve begun working together on their goals. It’s a perfect win-win.” 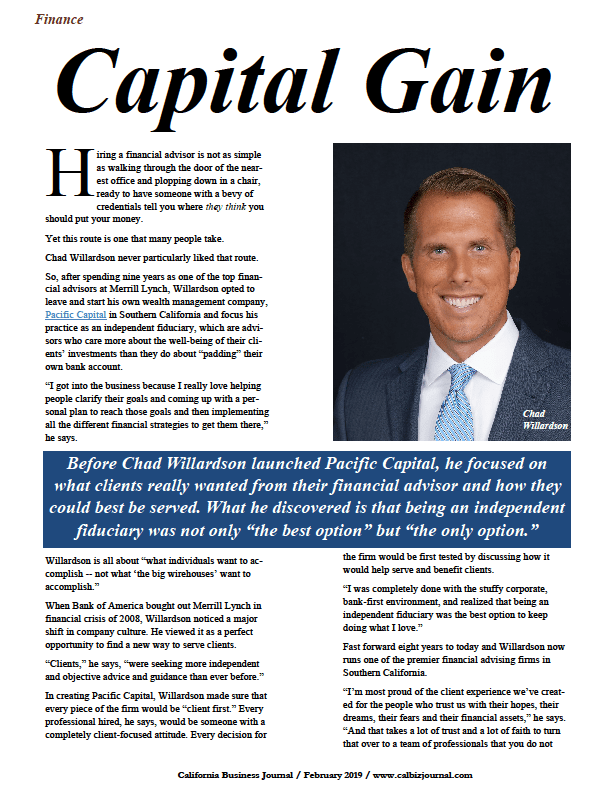 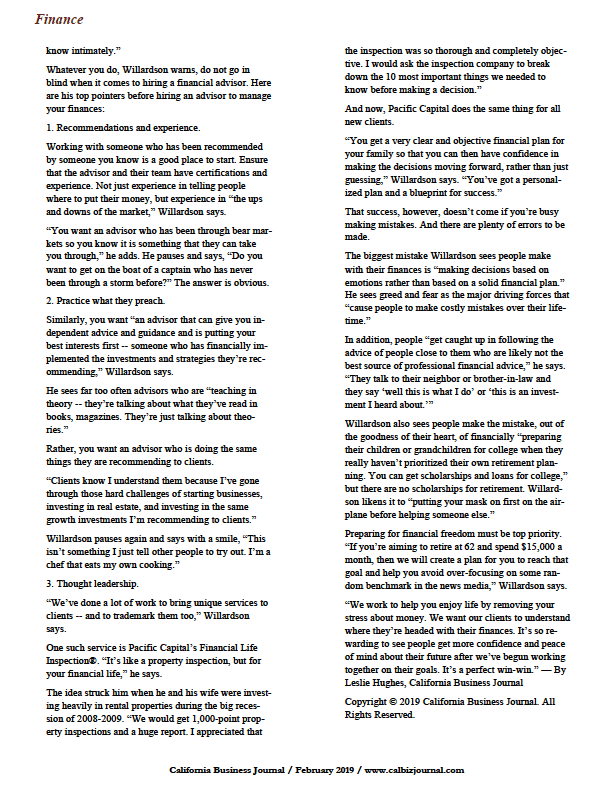 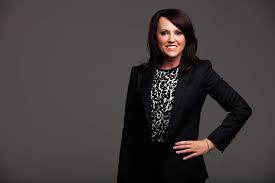 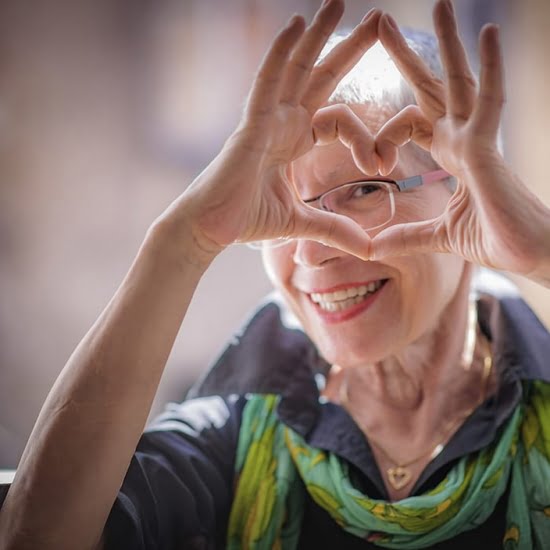 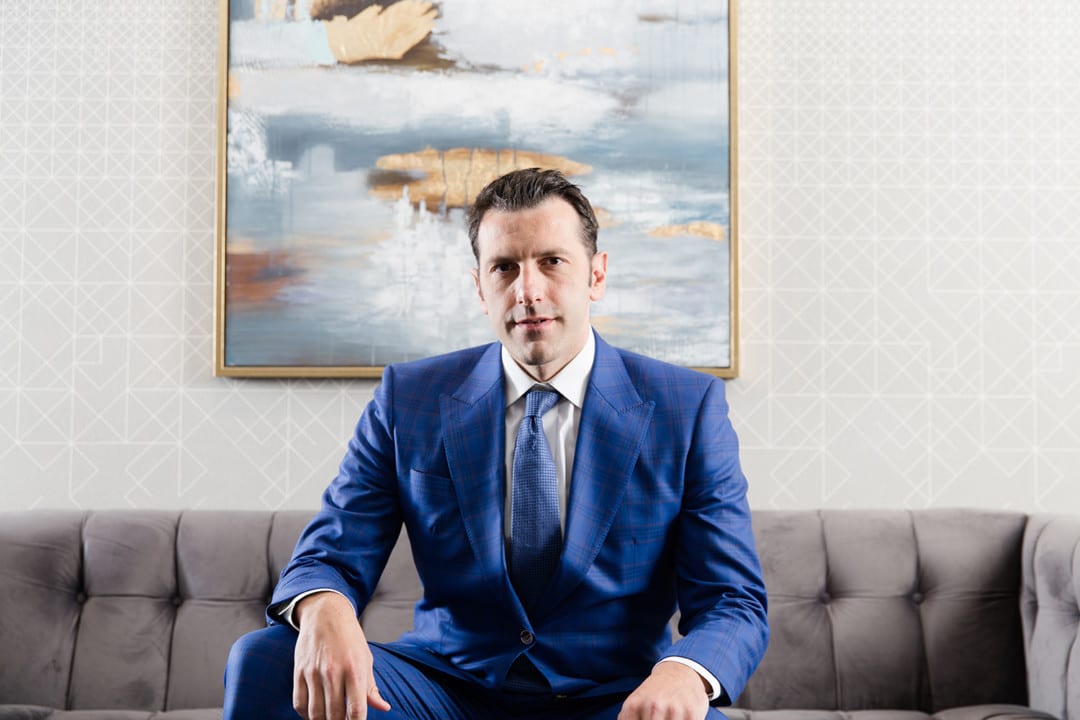