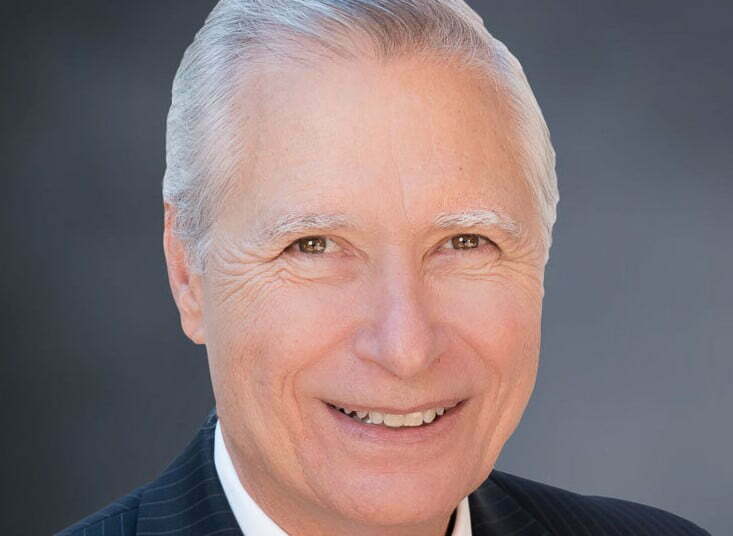 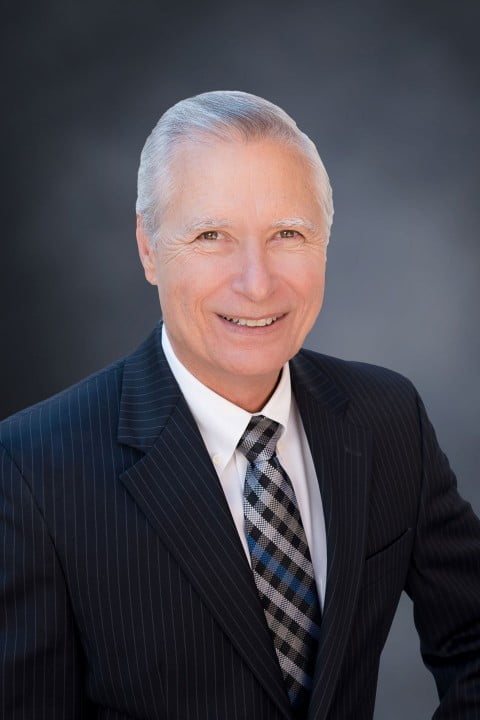 Gary Takacs built CEO University, which is now one of the most innovative, vibrant and thriving business peer groups in Southern California.

WHEN GARY TAKACS WAS CEO AT A LEADING MANUFACTURING FIRM IN HOUSTON, people in the close-knit business community often pulled him aside and asked him how he achieved such success.

“Culture,” he would tell them. “It’s all about creating great culture and having your employees engaged and wanting to be there.”

After he sold his company, those same business associates flocked to him, asking him if he could look inside their business and help teach them to run their companies more efficiently and successfully. Naturally he did.

He was so adept at identifying problems — and finding the solutions to fix them — that a private equity firm heard about his acumen and hired him on the spot to help them resurrect floundering companies they had purchased in the hopes of making them profitable and then selling them to the higher bidder.

Takacs used the same formula in each instance, always starting with culture.

“No matter how much money you throw at a problem, you cannot fix it unless your people are engaged,” he says. “That’s why culture is the most important thing that you need to do to get a company fixed. Once the people are engaged and appreciated and want to be there, you can do anything.”

Takacs’ business-operational tactics worked wonders in one company after another. His talent and skills were in serious demand.

Then, while reading about Benjamin Franklin, Takacs was inspired to go off on his own and launch his own practice, creating CEO University, which is now one of the most innovative, vibrant and thriving CEO peer groups in Southern California.

Just how did Ben Franklin influence Takacs to such a degree?

“The original peer-group business model was formed by Ben Franklin in the mid-1700s,” Takacs says. “I was fascinated. He’d meet with business owners and leaders on a weekly basis in his private library and talk about successes and failures of their companies – and how to improve them. That is considered the first real mastermind group.”

Possessing a vibrant business culture was something Franklin embraced. Takacs wound up using culture as the centerpiece for the CEO Toolbox model he created for CEO University.

“No. 1 is culture — always,” he says. “If you get that piece of the puzzle right, you never have to look for employees. They’ll look for you. That solves the No. 1 problem the major majority of companies have.” 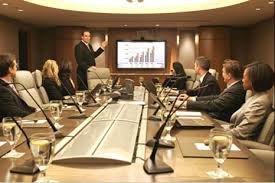 Takacs possesses a special, professional and calming persona. He comes from an authentic area of expertise and experience – and caring. He likes to say that he “operates more from a passion perspective than a money perspective.” The CEOs, company presidents and other high-ranking executives who are members of a CEO University peer group appreciate that and are passionately engrossed in Takacs’ presence.

“He’s amazing,” says Linda Duffy, President of Ethos Human Capital Solutions in Irvine, Calif. who has been working with Takacs since 2009. “He gives me great perspective.”

As the leader of her company, Duffy refuses to go to her direct reports for advice or answers to difficult questions.

“My job is to create certainty, not uncertainty,” she says, “so I won’t go to my direct reports for any issue. Here, in our peer group, we bring those sensitive issues to the table and get outside perspective and help problem solve. It’s really great. Frankly, it’s invaluable.”

Craig Harper, President of WCL Co., a California fastener wholesale distributing company, has “suffered” with Takacs for 10 years, he says, tongue in cheek.

“Gary’s expertise, knowledge and judgment are unparalleled,” he says. “He’s able to dissect an issue very thoughtfully and thoroughly based on his experience. He’s direct. He’s doesn’t beat around the bush. He’s also so relaxed so there’s never high pressure. It’s all matter of fact. He’s downright real.”

Dave Wilkinson, President of California-based Preferring Paving Co., has also been with CEO U for a decade.

“Gary brings incredible business insight and a calming influence to the table,” he says. “There’s never been a question or problem I’ve had that he hasn’t had an answer for or solved outright. He really is special. Because of Gary, my company truly has a special culture and employees who are made to feel valued.” 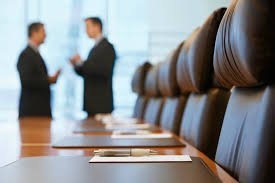 CEOs, company presidents and other high-ranking executives go to Takacs for several reasons.

“We have processes and procedures in place that are different from other companies,” Takacs says. “I’ve owned businesses. I know what it’s like to be in the CEO’s seat. It hard to mentor someone if you haven’t been in their chair.”

He’s been in virtually every industry there is – manufacturing, distribution, e-commerce, retail and service industries. He has been entrenched in every element of the business and knows first hand exactly how they function, inside and out.

CEO University has three tiers – a CEO Peer Advisory Board of businesses with revenue of $5 million plus — all privately held. Then there is “Solopreneurs” — business professionals who are in charge of own book of business, such as lawyers, financial advisors and insurance professionals with revenues of at least $200,000. Tier No. 3 features an Executive Fast Track for senior executive to improve their leadership and team skills.

Takacs forms the group’s advisory boards strategically – “You have to bring in the right people to an advisory board,” he says. He determines the board based on many factors, but the bottom line is melding a group that can dramatically help each, all through Takacs’ facilitation.

“Here, you learn a little from everyone in every meeting,” he says. “You move strategically forward, every meeting.”

When every member of the group signs in at the beginning of each peer group meeting, they pose an issue of the day. Then they proceed “to work through the issues. We learn from each other,” Takacs says.

They form an unbiased platform — a place to go where they’re not judged. As Takacs says, “They can let their barrier down.” 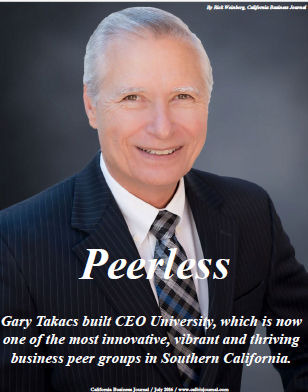