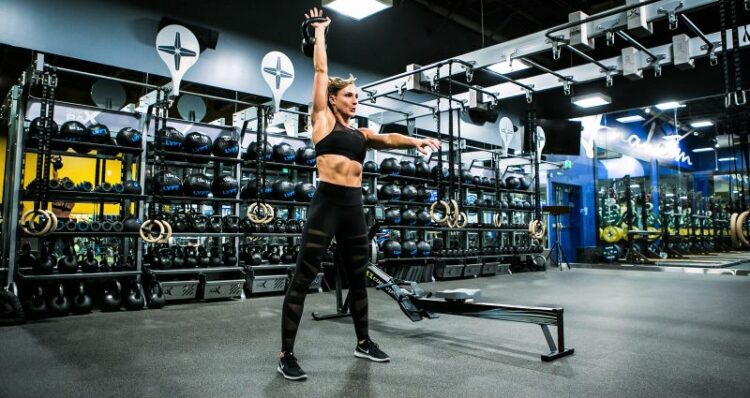 What exactly is non-varying resistance and why should we care about it?

For athletes working out in a gym or for individuals wanting to work out – but felt, in over your head – non-varying resistance should be on your radar.

Further, if you’re a seasoned athlete who wants cleaner movement and enhanced results in your workout, or a novice who wants safe proper training technique, NV Athletics created the solution.

In 2014, CEO and Co-Founder Brock Massner was experimenting with a weight system that he was convinced would help clients of his personal training business.

“I was training youth athletes,” Massner told California Business Journal. “I wanted to make it easier for athletes to learn proper technique while still developing a high-power output. I immediately saw there was still a higher level to reach — equipment-wise – to accomplish that.”

On the back of a napkin, Massner developed what became NV Rack. His quest today is to make his innovative workout “attachment” a ubiquitous tool in gyms across the country.

The result is a lift with the same amount of force throughout an entire movement. This constant force removes the inertia built up in a normal movement with body weight, free weights, or a cable machine, and forces a full contraction through the entire range of every motion. Creating an increased power output but at a lighter weight.

When attached to a squat rack, the system allows for most any standard weightlifting movement imaginable.

Massner describes his invention as “the treadmill of weightlifting – it’s going to become ubiquitous as a workout tool.”

While demonstrating it for his students, “I quickly recognized that individuals training on weights at every skill level could benefit from non-variable resistance technology,” he says.

As a beginner, safety and learning proper form may be what draws in individuals, and Massner believes the ease of use and results will keep users at all skill levels coming back to use ‘The NV Rack’ in their workouts.

“Growing up, I was hoping for a career in football. I trained religiously,” he says. But his career ended because of five knee surgeries in high school. College ball was not a realistic option for him, let alone the pros, so he went to school for Biomedical Engineering from the University of Iowa as well as a personal training certification.

While sketching out what NV Rack would look like, Massner said, “I had what I thought to be a product that could potentially revolutionize weightlifting, but I was not sure how to get it to market,” he says.

He turned to his cousin, Zach Mussleman, his college roommate at University of Iowa. Musselman was a business major and received a Bachelors as well as a certificate in Entrepreneurial Management. He also had a passion for entrepreneurship and was involved in several start-ups.

During that time, Massner was experimenting with the NV Rack prototype.

“In my startups, I put together teams, but never quite found the right partner,” Musselman recalls. “Me and Brock always talked about starting a business together but the timing wasn’t right.”

Fast forward a couple years to an impromptu late night conversation, some proof of concept photographs, and the rest is history.

“I immediately was on board,” Mussleman says. “I saw the potential. It was clearly a game-changing idea that would fundamentally change the fitness industry.”

They were jacked up to finally be working together, sharing their expertise to form a dynamic team.

With a well-designed prototype and a business plan in hand, they launched a Kickstarter round that doubled the initial request for $25,000 to manufacture a number of NV Racks and get them into the hands of gym owners and trainers around the country. In just four hours, they had nearly $45,000, and took their product to real-world gym settings for individuals to test.

“There was incredible enthusiasm,” Mussleman says. “Everyone at the gym was standing around NV Rack, waiting to take a turn and give it a test run. We were expecting an overall positive reaction, but we were not expecting it from 100% of the people. It was so cool. We could not have scripted it better ourselves.”

Currently, gyms and equipment manufacturers have asked the two entrepreneurs to shoulder the risk on NV Rack.

“There have been serious conversations with some big names in sporting goods and fitness,” Massner says. “But so far, the big players have taken a ‘wait and see’ attitude. But I believe that once the first round of manufacturing is complete, demand will be high.”