The trend comes as learning abroad at a prestigious American university becomes more popular among foreign students, and as California public colleges increasingly count on the revenue generated by the higher tuition international students pay.

California schools enrolled about 205,000 foreign students in March, up from 99,000 in 2006, according to the U.S. Department of State. About 75 percent of those students were in public or private colleges.

That translates to about 5 student visas per 1,000 California residents. Only four states – Massachusetts, Rhode Island, New York and Delaware – had a higher ratio of student visas. Most of those states, like California, have renowned schools attractive to international students.

The most recent data on foreign student enrollment by individual college comes from 2014. Among California colleges, the University of Southern California enrolled the most international students in 2014, about 10,000, or almost a quarter of the student body, according to the U.S. Department of Education. Most of those students were in graduate school.

The trend has come with some controversy. The California state auditor recently issued a report saying the University of California has disadvantaged resident students because of an increased emphasis on recruiting applicants from out of state and overseas. The UC system took in $727 million in nonresident fees in 2014-15, including foreign and out-of-state students, up from $227 million in 2005-06. UC officials say the extra money allows them to underwrite slots for California students following years of budget cuts.

The Sacramento Bee’s Data Tracker is a weekly feature that offers a deeper look at the numbers behind today’s news. Phillip Reese: 916-321-1137, @PhillipHReese

We thank you for respecting the community’s complete guidelines.

1 Comment
2 hours ago
Michael Fasula
Democrats in Sacramento are looking after the best interest of……..foreigners.  It’s pretty amazing they keep getting elected.
ADVERTISEMENT 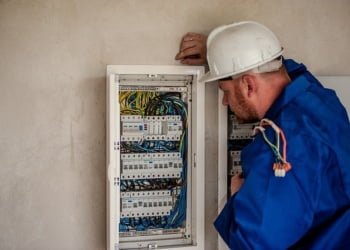