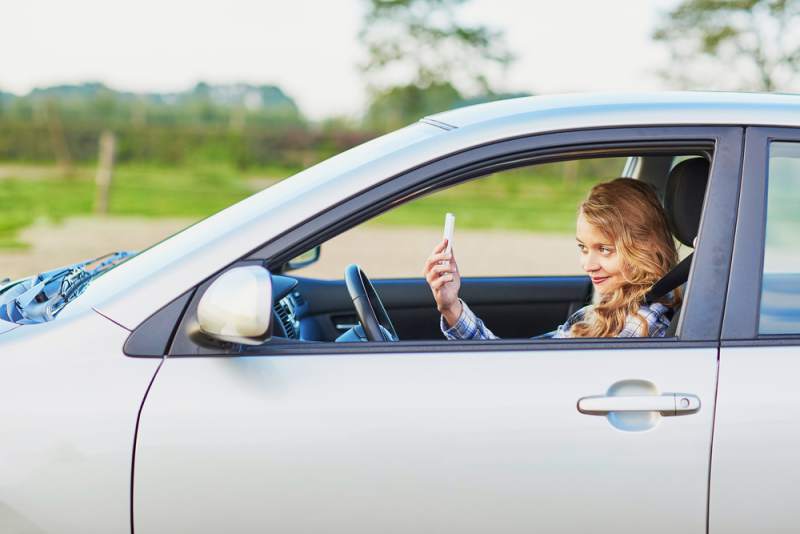 From the California Business Journal newswires

Until now, California cellphone driving laws have all revolved around texting and talking.

That changes Jan. 1, 2017, when a new law takes effect that significantly expands restrictions on the use of mobile devices behind the wheel.

But the latter isn’t against the law in California.

Neither is driving while scrolling through a play list, programming GPS or doing a Google search for pumpkin patches.

AB 1785, which Gov. Jerry Brown signed this week, prohibits drivers from “holding and operating” cellphones for any reason, except for functions that require only “the motion of a single swipe or tap of the driver’s finger,” and only if the devices are mounted on the windshield or dashboard of the vehicle.

It’s been a decade since California enacted a law restricting drivers from making calls without the aid of a hands-free device. In 2008, a ban on texting or reading messages while driving was added.

But technology outpaced those restrictions.

“You can do a thousand different things on your phone,” Sloat said. “But if an officer pulls up next to you, he or she doesn’t know if that person is texting or talking, which they are not supposed to do, or checking their GPS or their music, which isn’t against the law but is still a distraction.”

In California last year, 16 drivers were killed in collisions involving inattention and a hand-held cellphone. More than 500 drivers were injured in crashes involving similar factors, according to the CHP.

Sloat said those numbers don’t reflect the true scope of the problem, as many drivers who get into crashes don’t admit being distracted by cellphones when it happened.

“We believe this is vastly underreported,” Sloat said. “If we go to a crash and say, ‘Were you on your cellphone?’ how many people are going to admit to that?”

Sloat said the only times a driver can hold a cellphone to text or make phone calls is when he or she is legally parked somewhere. With the new law in January, the restrictions will be expanded to cover snapping photos and other cellphone functions.

“It doesn’t mean at stop lights, or on the side of Highway 101,” he said. “You have to be parked somewhere where it’s legal for you to be.”

Gov. Brown on Wednesday also signed a law requiring most convicted drunken drivers to install “ignition interlock” devices that would prevent them from driving while intoxicated.

Under the law, first-time DUI offenders whose actions did not cause an injury will be offered the choice of having a device installed in their vehicles for six months with full driving privileges, or a one-year restricted license that only allows driving to work, along with a treatment program. The law takes effect Jan. 1, 2019.