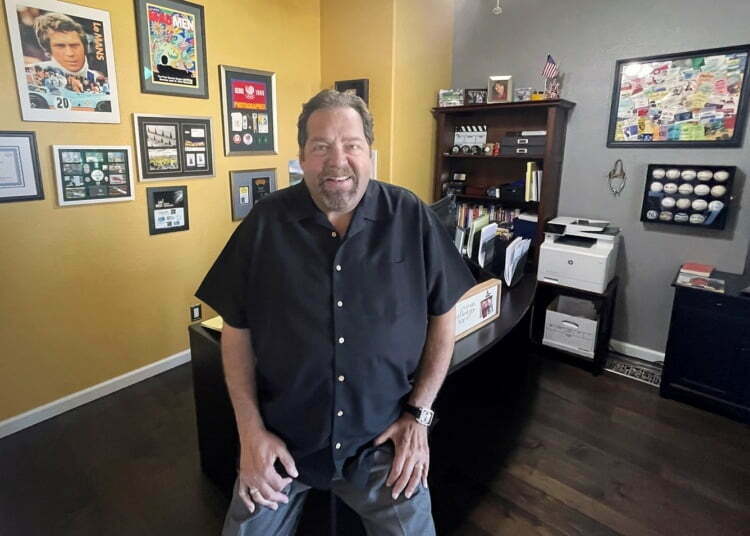 The willingness to master a wide array of skills to achieve customer-centric results has made all the difference for Gostin’s communications firm.

Ira Gostin began his career as photojournalist chasing ambulances. He took a picture of rioters being arrested for protesting President Reagan’s inauguration in 1981 that ran in major newspapers across the country — that’s because “I had the persistence to stick around after other reporters left,” he says.

Gostin’s photo of Ben Johnson winning the men’s 100-meter at the Seoul Olympics in 1988 was another shot seen around the world; like this one, his epic photographs have been published in virtually every major newspaper in the world.

Then his career took turn a turn towards marketing, giving him hands-on experience in a broad range of fields. He oversaw communications for a $350 million IPO on the Toronto Stock Exchange; mentors entrepreneurs at the Long Beach Accelerator and the University of California, Davis; and specializes in industrial and precious metal mining clients as the chief strategist at G8 Strategies agency.

“I’m a lifelong learner as you can’t stop learning when the world around you is constantly changing,” he says. “This allows me the opportunity to understand our clients and create more effective strategies for them.”

He majored in photojournalism at Cal State Long Beach in the 80’s then traveled to Central America for the Associated Press before graduating. He returned to finish his degree in 2005, then earned an MBA with an emphasis on marketing two years later at the University of Phoenix, Reno campus. He has also studied at a range of other institutions from Columbia University to the Colorado School of Mines. Gostin also received his Accreditation in Public Relations in 2017.

Gostin has taken and taught endless marketing classes and workshops, helping companies around the world to better tell their stories. He is currently enrolled in the year-long post-graduate Innovation & Entrepreneurship program at Stanford’s School of Engineering.

“This program is amazing and is designed for professionals in a variety of disciplines,” he says. “Using Design Thinking to create solutions and strategies really can get you out of your comfort zone. The MBA approach would be to identify the problem and find a solution. This leads us to find more problems that lead to even more solutions. I want to train young people in PR and investor relations with more practical insight than standard curriculum about how to communicate ideas and solutions with clients.”

He just wrapped up a class in how to design stories based on the neuroscience of the brain. “You don’t want to just throw numbers and key performance indicators at your audience,” he says. “The story needs a beginning, middle, and an end to help them remember it.”

This vital aspect of humanizing what may be a sales pitch means helping the audience to empathize with your subject, why you created this business or project, then to show how this impacts them and what they can get out of it. The empathy is the core of the Design Thinking process.

As evidence that a sophisticated approach to communications works, this year G8 Strategies won two national awards for its annual report for Feeding Pets of the Homeless of Carson City, Nevada (Excellence in Non-Profit Communication from The Communicator Awards and Best Investor Relations Agency from the Bulldog PR Awards). Gostin’s other recent honors include Chief Marketing Officer in the Western U.S. from Corporate Vision Magazine in 2017 and Most Influential Marketing Executive in Nevada by Acquisition International Magazine.

G8 Strategies now has offices in Reno and New York City, staffed by half a dozen employees and contractors. Gostin’s wife Erin, a hospital-based R.N., is his partner in the firm. They previously have represented hospitality and consumer brands; however, the agency now focuses exclusively on industrial, mining, technology, manufacturing and healthcare companies.

“When we first get together with a company’s leadership to discuss whether we can work with them, we make sure they are comfortable sharing their financials with their agency, since private companies often are not used to doing that,” Gostin says.

“We explain that we don’t measure our success by the number of press releases or media mentions, as some firms do, but by whether we have helped them move the needle via revenue. We can’t judge our performance unless we understand the numbers and how they get there. With that information, we can create a strategy to help them achieve their goals.”

There is often resistance to doing something innovative. “I once saw a sign off the San Diego Freeway in Long Beach that simply said, ‘The most dangerous phrase in the English language is ‘That’s the way we’ve always done it.’ I’ve never forgotten that and we will always choose to be creative and innovative in our approach.”

One of Gostin’s biggest achievements was managing the investor relations and communications for Tahoe Resources, a silver mining firm, listed first on the Toronto Stock Exchange and then on the NYSE. It reached a market cap value of $5 billion during his tenure and was later acquired by another mining company.

The key elements Gostin learned from the Initial Public Offering (IPO) process were:

• Leaders need to have a sense of urgency to get and keep investors engaged.
• Tell the story with authority and confidence because investors want to bet on winners.
• Benchmark growth in the context of the sector, location, economy, and capital markets.
• “Do what you say you are going to do.” It should be obvious, but many companies do not follow through, damaging their credibility.
• Be transparent and forthright in communications with stakeholders.