Finn quickly amassed 120,000 followers on Instagram and Entrepreneur Magazine snapped up an article he penned entitled, “5 Top Reasons Entrepreneurs Should Own a Dog.” 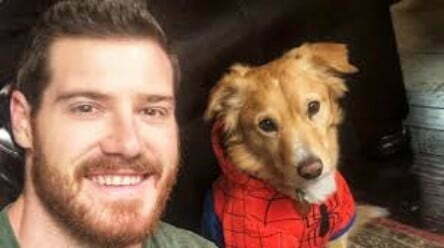 He has only been a practicing veterinarian for the last eight months yet Hunter Finn has nevertheless emerged as an “internet star” – especially when it comes to his profession.

That’s the impact of social media.

Finn quickly amassed 120,000 followers on Instagram. Additionally, Entrepreneur Magazine snapped up an article he penned entitled, “5 Top Reasons Entrepreneurs Should Own a Dog.”

A graduate of Louisiana State University School of Veterinary Medicine, Finn favors integrative medicine, which incorporates both Western and Eastern medicine, so he chose Richter Animal Hospital and Pet Resort in Arlington, Texas so he could practice veterinary his way.

Here are his biggest tips:

●       Go beyond helping sick animals regain their health. Finn’s primary goal is prevention. “Interacting with your pet offers both mental and physical benefits to you and your pet,” he says. For example: an animal who’s cooped up all day is more likely to exhibit poor behavior, such as fear and anxiety. One-on-interaction has physical benefits for pet owners as well. “Just petting a dog for a few minutes a day has been shown to significantly lower blood pressure and heart rate,” he says.

●       Finn touts the mental and physical benefits of spending time with your pet. He recalls how stressed, tired and frustrated he was while attending vet school. “I might throw a ball inside the house, and the dog would be disappointed.” Eventually, he realized that going outside with the dog for fifteen minutes made him feel better. More than that, he slept better, started losing weight and was more productive at work. Additionally, Finn’s beloved dog, Sadie, became happier. Bored and frustrated by inactivity, he’d begun tearing things up and dumping things off the counter. “The more I started taking him out – all those bad behaviors went away,” Finn says.

●       One of the tools in Finn’s bag is acupuncture. Yes. Acupuncture for dogs. Finn was in his third year as a veterinary student when he began training at Chi Institute. “I went there to learn about the healing power of food and nutrition.” That’s still a focus for him, yet he is also a devotee of acupuncture. “Once I saw what these people were doing, and the more I listened to these people speak, it really left an impression on me.” He has seen acupuncture’s amazing effects at firsthand with his own aging canine. It took a year of daily treatments, but Finn’s beloved Sadie is now off medication except for a joint supplement. With any animal, he says, “My goal is to reduce the amount of medication or get them off completely if it’s possible,” he says.

●       Big proponent of pet insurance. Finn says those who don’t have insurance hesitate when faced with an expensive surgery or high-cost medications. Sometimes they have to postpone treatment until they can save the money they need. By contrast, those who’ve taken the extra step say, “Where do I sign? I have pet insurance.”

●       The popularity of his Instagram posts and Finn’s upcoming book. They’re not just an assortment of photogenic pooches. They’re also a history of Finn’s efforts to excel at his own fitness, which he discusses in the blog posts on his website. Mental and physical health are also the focus of Finn’s book, which is based on his experience and the questions people ask during their annual pet visit. “It’s been a good outlet, he says. “When you are writing about your passions, it’s an incredible experience.” Finn loves having the ability to help animals, whose only goal “is to love and support us. Most of the time people bring animals because they’re sick or suffering. However, the job is a double-edged sword for someone who loves animals as much as Finn does. “Our days are filled with disease and heartbreak. It takes a lot out of me,” he acknowledges, “but I’m doing the best I can to give animals the best quality of life they can have. They’re worth it.” 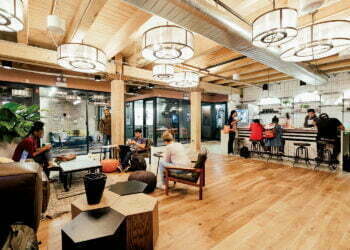