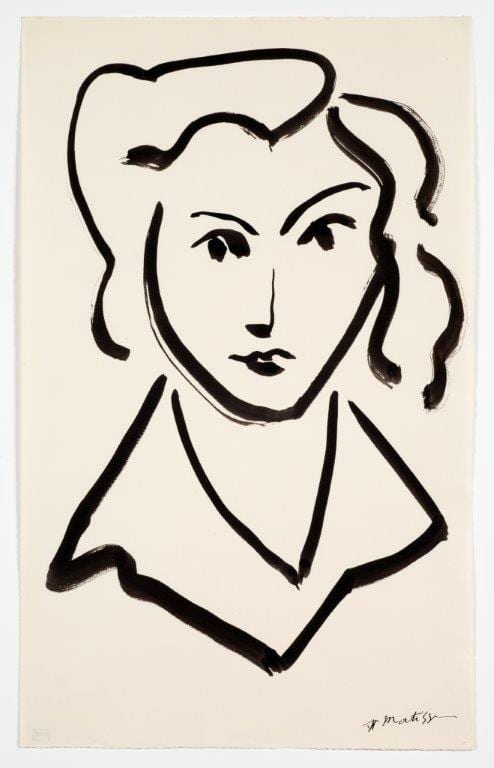 The Long Beach Museum of Art will welcome two new exhibitions to its Hartman Pavilion and Galleries.

The first one is Matisse Drawings: Curated by Ellsworth Kelly from The Pierre and Tana Matisse Foundation Collection, an exhibition organized by the American Federation of Arts, that presents rarely exhibited works by two titans of 20th-century art—Henri Matisse (b.1869, d.1954), one of Europe’s most beloved Modern painters, and Ellsworth Kelly (b.1923, d.2015), whose deceptively simple use of color and shape made him one of the 20th century’s most significant and enduring abstract American artists. Matisse Drawings will be on view June 9 through September 3, 2018.

Matisse Drawings: Curated by Ellsworth Kelly from The Pierre and Tana Matisse Foundation Collection provides the unique opportunity to view the work of a modern master through the eyes of one of the greatest abstract artists of the twentieth century.

With a selection of 45 works, Ellsworth Kelly surveys Henri Matisse’s drawings from 1900 through 1950—from sketches to finished pieces—and reveals Matisse’s process and creativity. As a companion to Matisse Drawings, a selection of nine of Kelly’s large-scale botanical prints, Suite of Plant Lithographs (1964 -1966), will be on view in a separate gallery. As Kelly reflects on Matisse’s and his own explorations of line, the coupling highlights both
the sympathies and distinct differences between the two artists.

Matisse drew constantly throughout his life. With a deceptively simple line, he conveyed shape,
volume, and composition, and expressed emotion. His direct and elegant renderings have inspired
Kelly as well as countless others. In an interview with John Stomberg (reproduced in the catalogue
that accompanies the exhibition), Kelly stated, “Picasso made me want to paint, but Matisse drawings
made me want to draw.”

For Matisse Drawings, Kelly made a discerning selection of both exemplary drawings and works that
reflect Matisse’s drawing process. Included are studies of body movements, repeated views of a single
detail, and fully realized renderings, as well as sketches related to major works, such as The Dance
(1931). Selected from the collection of The Pierre and Tana Matisse Foundation, many of these
drawings have rarely, if ever, been displayed in public. Prior to this show, some had not even been
framed.

Kelly’s exhibition design places Matisse’s drawings in a single row, evenly spaced, with identical offwhite
mats and pale wooden frames, without wall labels. Reflecting on Kelly’s installation in the
accompanying catalogue John Stomberg states, “While every Matisse drawing was shown to its best
advantage, Kelly’s aesthetic added dramatically to the experience of the exhibition. Viewers walked
through an Ellsworth Kelly composition to see Henri Matisse drawings.” This minimalist
presentation allows the works to be viewed without distraction.

This is echoed in the accompanying display of works from Kelly’s series Suite of Plant Lithographs
(1964–66). In 1969, Kelly stated: “The plant drawings… are exact observations of the form of the leaf
or flower or fruit seen. Nothing is changed or added: no shading, no surface making. They are not an
approximation of the thing seen nor are they a personal expression of an abstraction.… My lesson
was to see objectively to erase all “meaning” of the thing seen. Then only, could the real meaning of
it be understood and felt.”

Realized in 2014, when Kelly was 91 years old, Matisse Drawings was one of his last projects.
Although the artists never met, comparisons have been drawn between the two. After Kelly’s death
in December 2015, the art critic Jerry Saltz described him as “the artist I now think of as the
American Matisse.”

One of the most important practitioners of abstract art in the United States, American artist
Ellsworth Kelly gained an international reputation by the early 1950s. Over the course of six decades,
he created an extraordinary body of work comprising abstract painting and sculpture, as well as
figurative drawings and prints. Kelly’s work has been featured in numerous solo exhibitions at
institutions including the Museum of Modern Art, New York (2007), the San Francisco Museum of
Modern Art (2002), the Metropolitan Museum of Art (1998), the Guggenheim Museum (1996), and
the Whitney Museum of American Art (1982).

About the American Federation of Arts: The American Federation of Arts is the leader in traveling exhibitions internationally. A nonprofit organization founded in 1909, the AFA is dedicated to enriching the public’s experience and understanding of the visual arts through organizing and touring art exhibitions for presentation in
museums around the world, publishing exhibition catalogues featuring important scholarly research,
and developing educational programs. For more information about the AFA, visit
www.amfedarts.org.

Vitality and Verve III is an exhibition dedicated to showcasing new works by artists of the New Contemporary Art Movement. Presented in curatorial collaboration with Los Angeles’ Thinkspace Projects and the support of POW! WOW! Long Beach, the exhibition is the third iteration in the collaborative series which has secured record-breaking public attendance since 2015.

Vitality and Verve III will present a relevant cross-section of some of the most exciting artists
working under the New Contemporary handle today and will feature site-specific works by these 21
individuals brought together in the same space for the first time. Their impermanent installations are
tangentially activated, transforming the Museum’s Hartman Pavilion ground floor and Ocean View
galleries into an immersive ephemeral playground for the senses.

The New Contemporary Art Movement is known for its diversity; several styles, media, contexts,
and exhibition platforms fall within its expansive cast, including public art interventions and sitespecific
urban murals. This breadth has long been embraced as a subversive impulse vis-a-vis the more
exclusionary and contained tenets of contemporary art production, particularly those minted in
academe and aspiring to the vetted legitimacy of the ‘white cube.’ The movement’s vested interest in
incorporating the social and representational, counter to its often systemic disavowal, has allowed it
to thrive outside of institutional support, though this exclusionary paradigm is rapidly shifting.

Largely self-supported and community-driven since the 90’s, many of the movement’s artists are self taught
or have come into their own through multi-disciplinary backgrounds. Gaining international
recognition over the past decade, the movement is now widely recognized as the largest and longest
running organized art movement in history, boasting veterans and established artists as well as
emergent ones. The evocative potential of representation inspires these artists to draw from popular
and countercultural sources – music, illustration, comics, graffiti, design, punk, tattoo culture, hiphop,
skate culture, even drawings from 20th century Modern Painter, Henri Matisse, whom the
Museum will be exhibiting simultaneously – while looking to the outside world rather than to the
self-referential gestures that have typified the traditional exclusions of contemporary art.

About the Long Beach Museum of Art
Founded in 1950, the Long Beach Museum of Art provides exceptional arts education, public
programming, community outreach, and exhibitions of historic and contemporary art, which spark
reflection, inspiration, discovery and connection – to oneself, the community and the world around
us. Over 3,000 fine art objects across all media comprise the Museum’s growing permanent
collection. Located on a magnificent bluff overlooking the Pacific Ocean, the Long Beach Museum of
Art features the historically significant Anderson House and Carriage House, expansive galleries and
art gardens, oceanfront dining at Claire’s at the Museum and a unique museum store. The Long
Beach Museum of Art is fully accredited by the American Alliance of Museum.
The Museum’s Hartman Pavilion & Galleries are open Thursday 11 a.m. to 8 p.m. and Friday-
Sunday 11 a.m. to 5 p.m. Admission for Matisse Drawings and Vitality & Verve III is FREE for Long
Beach Museum of Art Members and children under 12. $10 for non-members/adults; $8 for students
and seniors age 62 and older; FREE admission on Thursday evening from 3 p.m. to 8 p.m. and half
price admission all day on Friday. Claire’s diners receive half price museum admission with a
Claire’s receipt; valid on the day of dining only. Claire’s Restaurant is open Thursday 11 a.m. to 8 p.m., Friday 11 a.m. to 3 p.m., and Saturday and Sunday 8 a.m. to 3 p.m. For more information, call (562) 439-2119 or visit www.lbma.org. 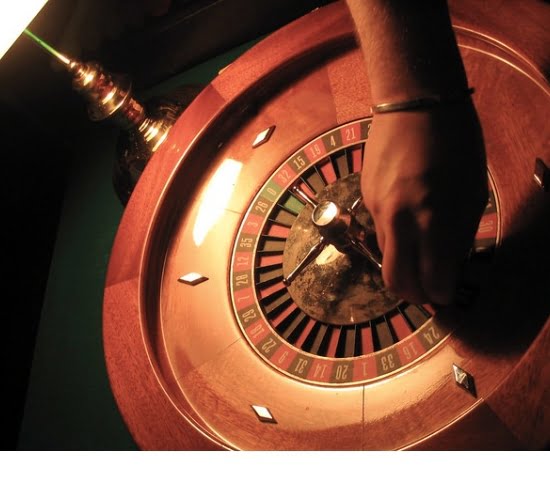 Classic Games Are Still Attractive, But The Times Are Changing... 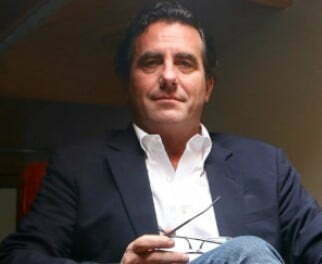 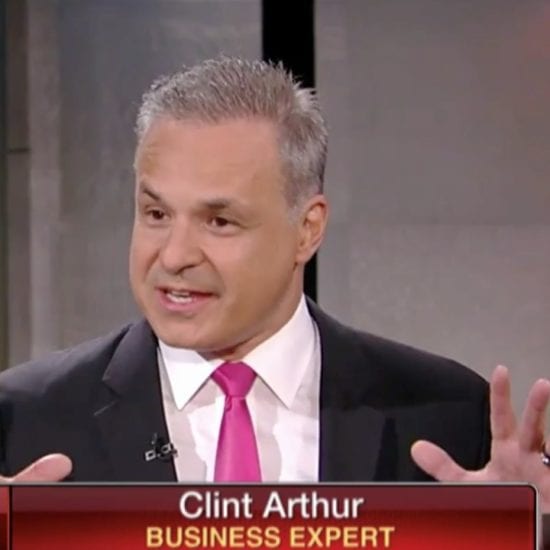 The Most Famous Guy in the World That Nobody’s Ever... 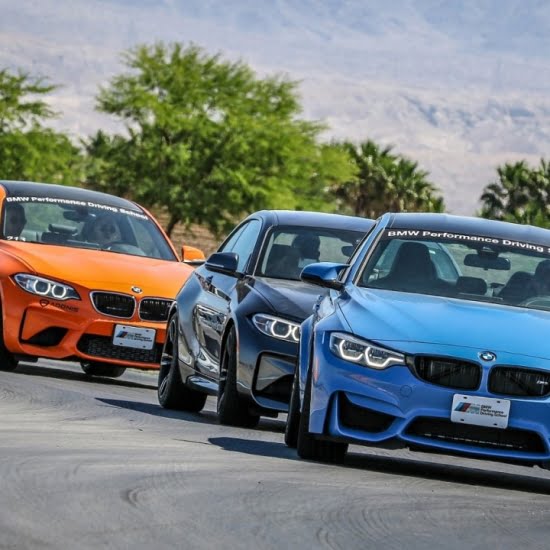 HERE, SPEED IS THE RECIPE 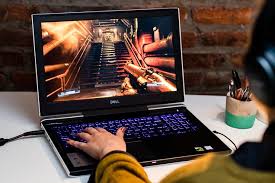 Essential Features for a Gaming Laptop 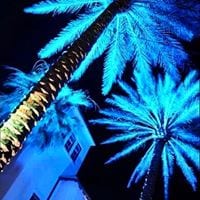